Ohio won Tuesday, but not without losing its best player and team leader: Kurtis Rourke.

Despite holding on to beat Ball State 32-18 and extending its win streak to six, one of the worst possible outcomes happened for Ohio. With 27 seconds left in the first half, Rourke completed a 13-yard pass to Sam Wiglusz but was hurt on the play. He was helped off the field and never returned to the game.

Before being ruled out, Rourke was 12-for-16 for 169 yards and a touchdown. He was just 46 yards away from breaking Tyler Tettleton’s record for the most passing yards in a season.

In his absence, redshirt sophomore CJ Harris stepped in. Before Tuesday, Harris hadn’t had a completion since 2020. He was 0-for-4 so far this season, throwing passes in Ohio’s road games at Penn State and Iowa State.

Harris didn’t throw many more passes at Ball State, only attempting eight and completing five of them. 22 of Harris’ 34 passing yards came on one pass to Wiglusz on 3rd and 5. It gave Ohio a crucial first down and set it up to score a touchdown that gave it a 15-point lead.

Harris’ bigger impact Tuesday came on the ground. He had a couple of long runs, including one for 20 yards. If the Bobcats were going to win without Rourke, they needed Harris to make plays. The 22-yard pass and the 20-yard run came at the perfect time and provided the Bobcats with the insurance they needed to win.

Another player who stepped up once again was Sieh Bangura. He finished the night with 148 yards, setting his own single-game record for the second straight week. He also added two more touchdowns, bringing his total rushing touchdowns this season to 10.

Ohio wasn’t the only team to have its star offensive player injured and out for the second half. Ball State running back Carson Steele was banged up on a play late in the second quarter and left the game with a potential concussion.

Steele has been the main producer for the Cardinals on offense this season, leading the team and the Mid-American Conference with 1376 rushing yards. The Bobcats could not bring him down while he was in the game, and he broke multiple tackles to rush for 96 yards. His loss was detrimental to the Cardinals Tuesday, as they had -2 rushing yards in the second half.

Part of that was due to Steele’s absence, but it was also due to Ohio’s defense having another standout game. It gave up 367 yards, but had a couple huge stops late in the game. Zack Sanders had two big pass breakups, including one on Ball State’s last drive that secured the win. Alvin Floyd also had an interception in the fourth quarter that made Ohio more comfortable.

With the Ball State win, Ohio could clinch the MAC East and a spot in the MAC Championship game. All it needed was for Toledo to beat Bowling Green, and it would be in.

However, Bowling Green also won in a dramatic 42-35 game, and now its game against Ohio next week will determine who from the MAC East will compete for the conference title on Dec. 3 in Detroit. 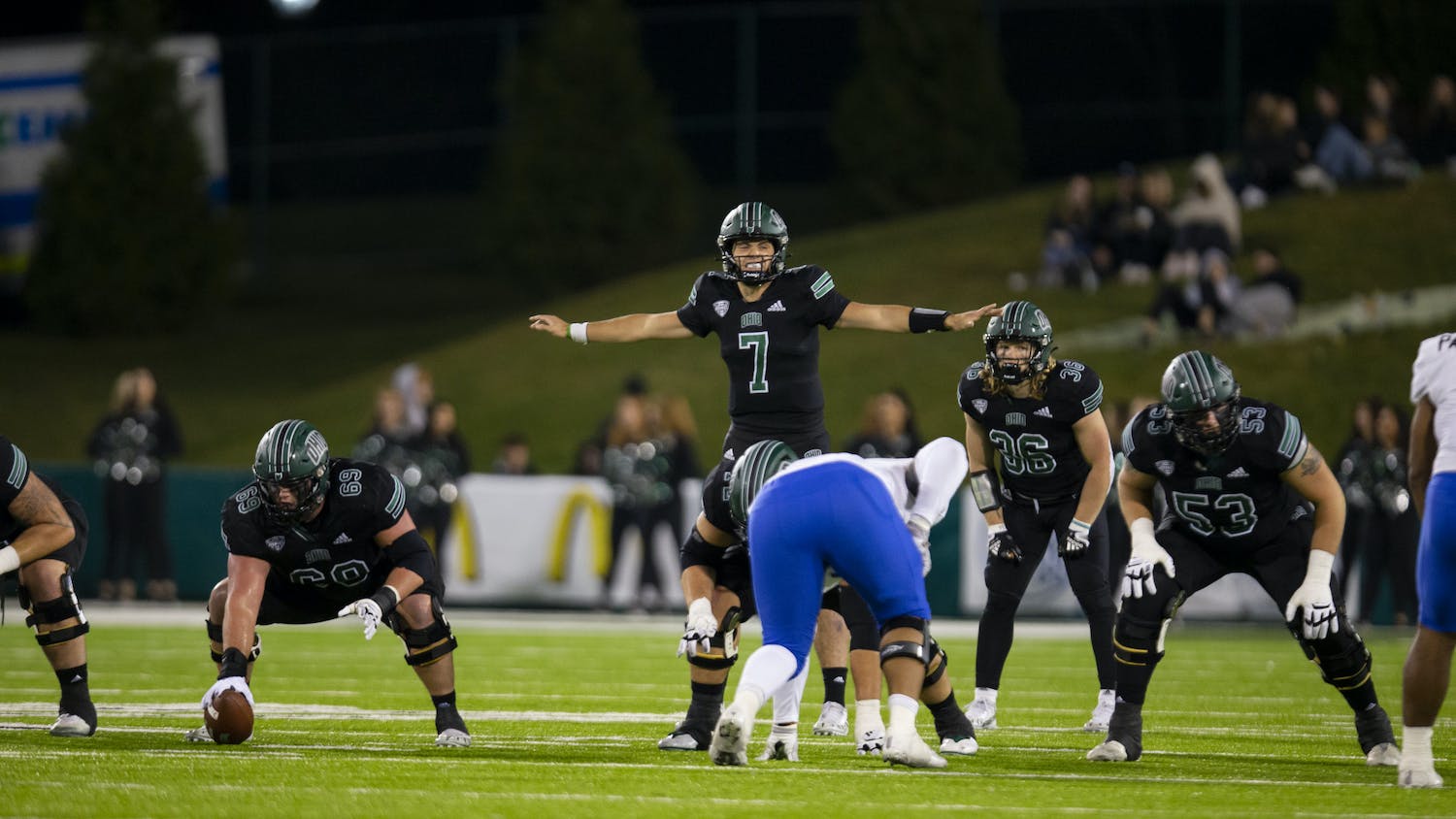 Football: Everything to know about Ball State 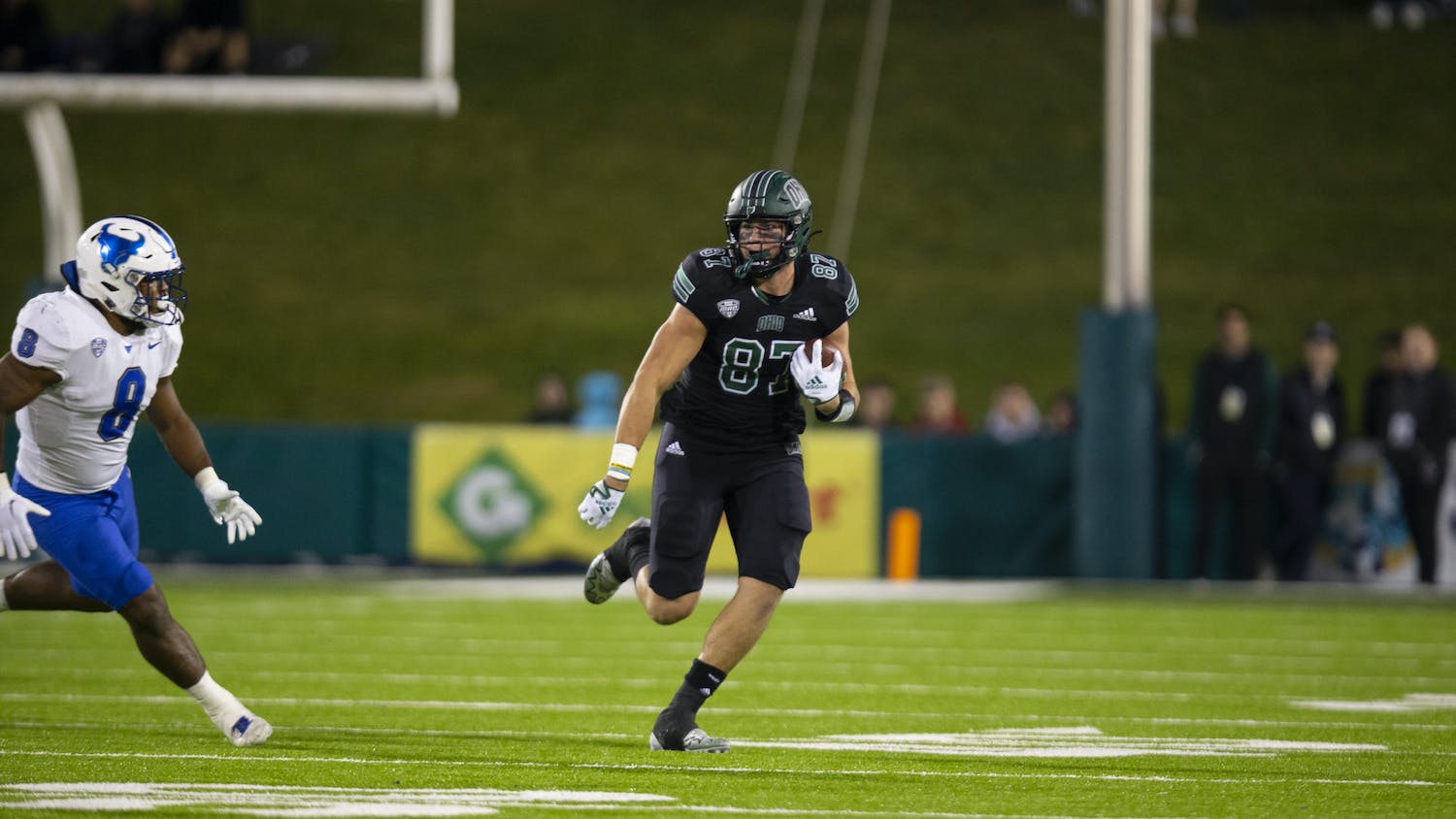 Football Column: Ohio played its most complete game at the perfect time 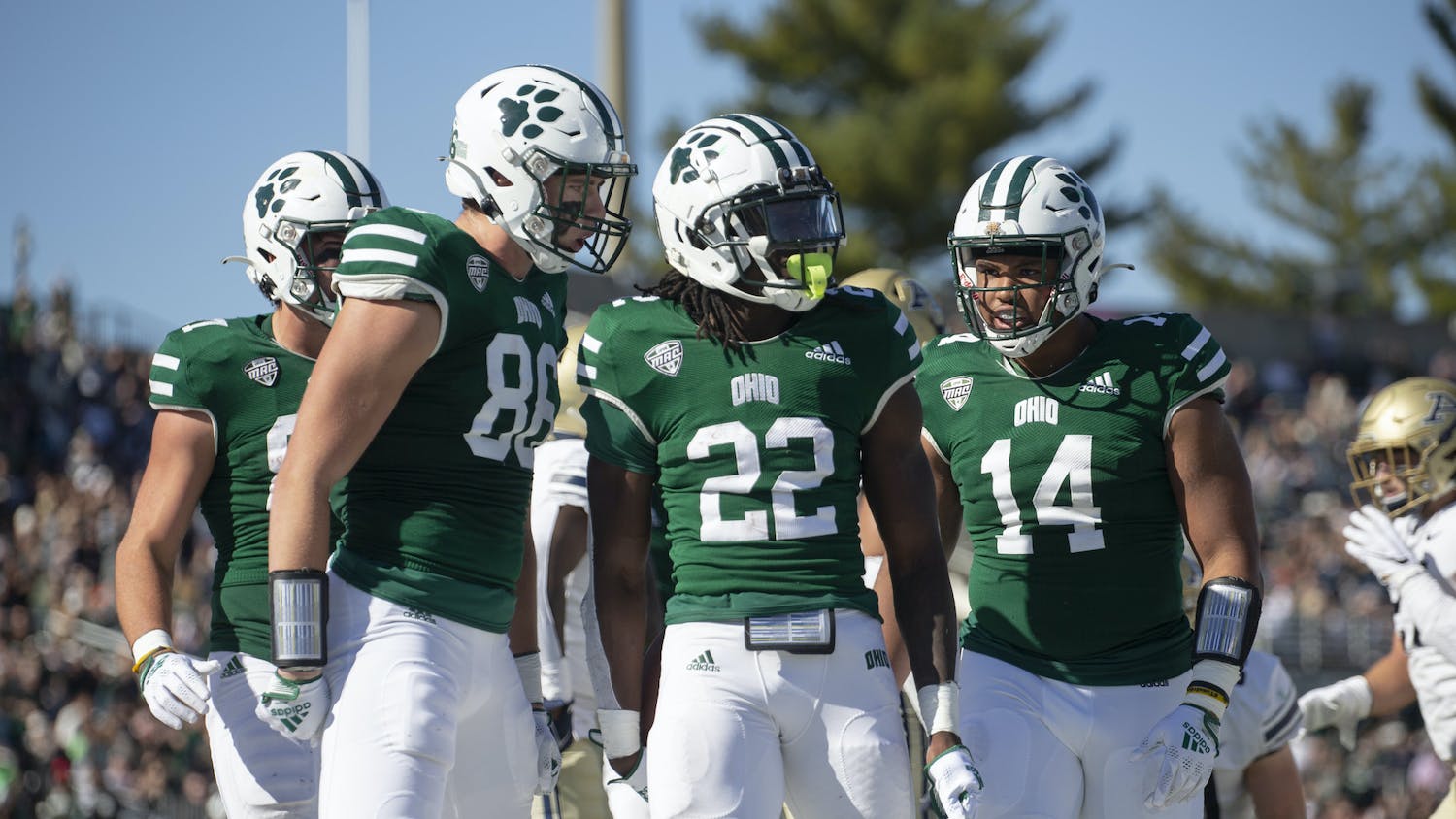