Football: Kurtis Rourke proved once again that he is the answer for Ohio

Quarterback Kurtis Rourke is back. After playing two of his worst games of the season against Western Michigan and Northern Illinois, he exploded against Buffalo and re-established himself as one of the best quarterbacks in the Group of 5, outgunning the entire Buffalo offense by more than 100 yards by himself.

Rourke completed 20 of 29 passes for 317 yards and five touchdowns, tying the Ohio single-game record for touchdown passes, set by Boo Jackson in 2008.

He threw a pick six on Ohio’s third play of the second half, but that only made the rest of his game even more impressive.

Two weeks ago, against Western Michigan, Rourke threw an interception late in the first half, impacting his play for the rest of the game. He had completed his first 12 passes before that interception, but just 10 of his final 24 were caught. Ohio won the game on the back of its defense and the leg of Nathanial Vakos, who hit four field goals.

Tuesday’s game could have followed a similar path, as Rourke almost threw an interception at the end of the first half and did at the beginning of the second. Those plays were surrounded by 14 unanswered points from Buffalo.

But this time, Rourke responded. He immediately marched the Bobcats back down the field for another touchdown to retake a 14-point lead. After the Bulls responded with a touchdown of their own, Rourke led two more touchdown drives, the second of which ended with a beautiful throw to Miles Cross in the back corner of the end zone to put the Bobcats out of the Bulls’ reach.

“On some of those throws, the throws to Miles Cross, I told Spence (Nowinsky), that throw was unbelievable,” head coach Tim Albin said.

From the very start of the game, Rourke was locked in. He dropped his first throw of the game perfectly into the hands of Sam Wiglusz down the left sideline, and his third found Wiglusz again, this time in the back corner of the end zone for the score.

He worked the middle of the field and the sideline; he checked it down when nothing was available downfield, and one of his best plays wasn’t even a pass.

With Ohio leading 31-24 early in the fourth quarter and marching 80 yards down the field, it got the ball all the way to the Buffalo one-yard line with a chance to land a potential knockout blow.

The Bobcats went to the read option, a play they have loved to run near the goal line this season. Rourke held on to the ball for a long time, but just when it looked like he would hold it for too long, he pitched it to Jake Neatherton for the touchdown.

“I gave Coach Albin a little bit of a heart attack, holding on to the ball for so long,” Rourke said. “But it was just good execution, good blocking, we got the edge and I’m glad Jake was able to get the touchdown.”

“I thought Kurtis could have pitched the ball sooner than he did,” Albin said. “I was voicing that very loudly on the headphones, but he’s a calm, cool guy.”

Ohio would recover a fumble a few plays later, and Rourke hit Cross for the game-sealing score.

Tuesday’s game saw the version of Rourke who emerged as a frontrunner for MAC Offensive Player of the Year over the first six weeks of the season, and it was exactly what Ohio needed to take over first place in the MAC East with a dominant, 45-24 win.

With Rourke playing at this high a level, Ohio can beat anyone in the conference. Rourke has Ohio bowl eligible and three wins away from a trip to Detroit for the MAC Championship game. 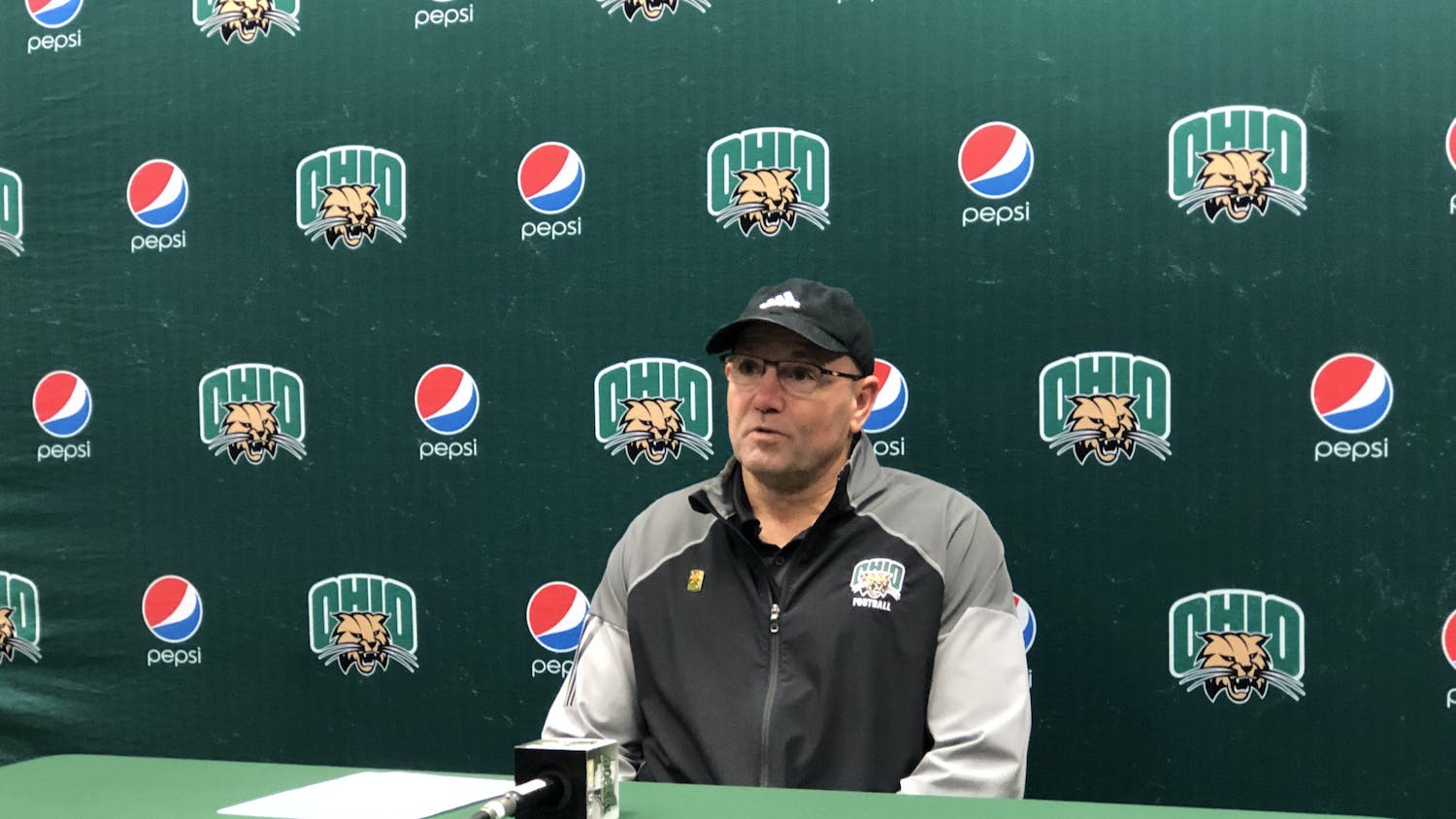 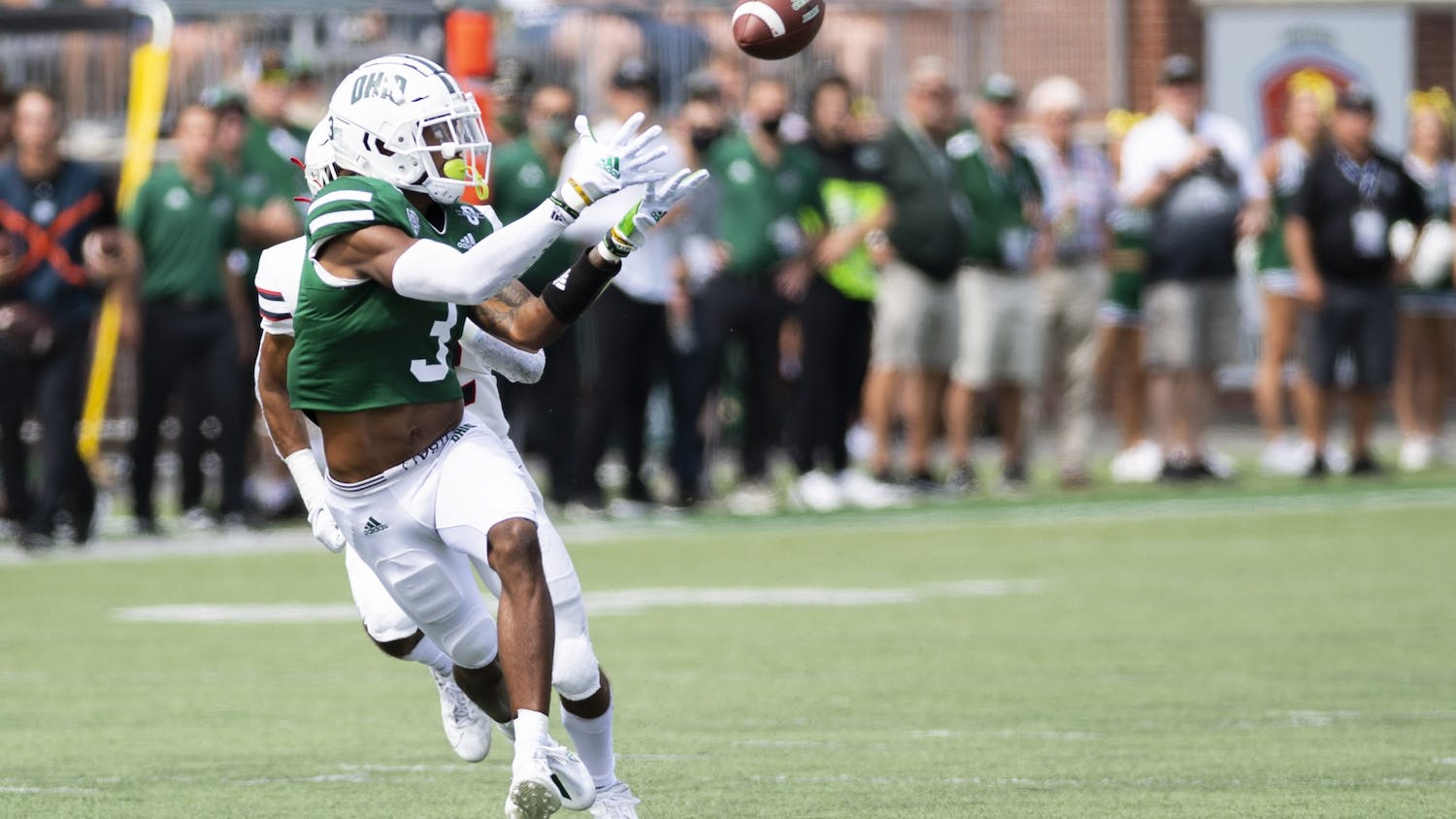 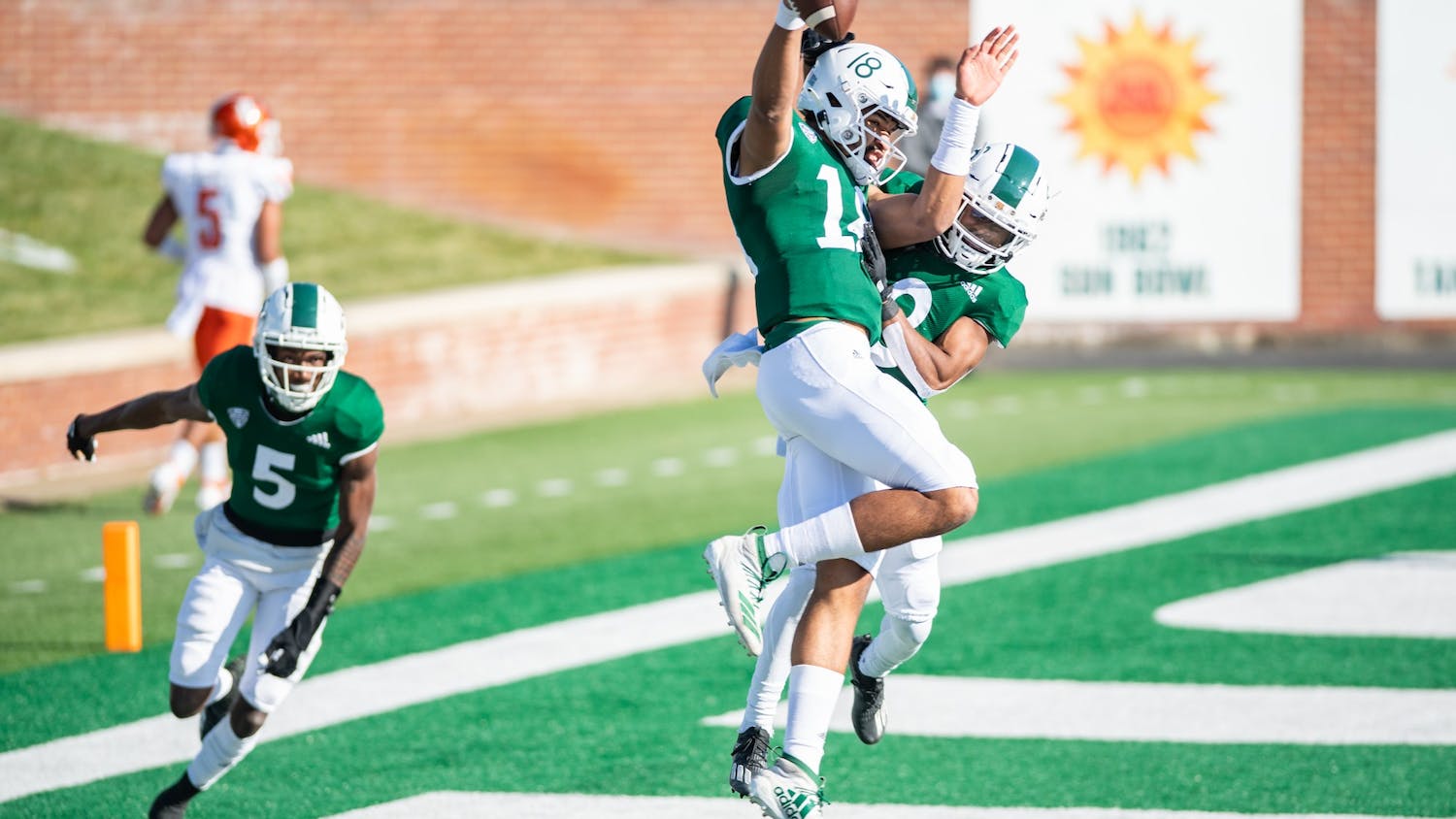