Ohio is heading to its first Mid-American Conference Championship since 2016 Saturday, and there are a lot of questions to be answered. How will Ohio get past the No. 1 defense in the MAC? Is running back Sieh Bangura fully healthy? And how has C.J. Harris developed this past week?

Ohio head coach Tim Albin addressed the media Monday to discuss what he’s watching out for in Toledo, how his offense is looking and more. Here’s what The Post learned:

Everything runs through Toledo’s quarterbacks

Toledo has utilized two quarterbacks this season: sophomore Dequan Finn and redshirt freshman Tucker Gleason. Despite both being injured at different points in the season, they have excelled. Albin acknowledged both Finn and Gleason’s skills.

“Both of those guys extend plays (and are) accurate passers,” Albin said.

One thing Ohio may focus on Saturday is stopping Finn and Gleason’s run game. Finn is Toledo’s second-leading rusher, while Gleason is fifth on the team in rushing yards.

“You got to be cautious with the quarterback run game, called stuff, and then also creating, whether it be scrambling or moving in the pocket,” Albin said. “They do a good job with their eyes downfield.”

Toledo’s defensive line will be difficult to crack

Toledo’s defensive line has been very strong this season, especially Desjuan Johnson and Jamal Hines. Both have more than five sacks this season, so Ohio will have to know where they are at all times Saturday.

“We got a chance to see them last year,” Albin said. “They really got after us.”

Albin said Bangura has been dealing with a turf toe injury for the past few weeks, but having the extra days in between games has helped him. Bangura is almost back to full health now and is looking the best he has since the beginning of the season, according to Albin.

Even with his injury, Bangura has gotten extra yards on every catch and carry. The redshirt freshman ran for over 100 yards in two of Ohio’s last three games and is 116 rushing yards away from 1000 this season. Albin is hoping Bangura continues his success Saturday.

“We’re going to need him versus (Toledo’s) front seven for sure,” Albin said.

During the game against Bowling Green Tuesday, it was confirmed that quarterback Kurtis Rourke is out for the season with a knee injury. However, Harris had almost no trouble taking over for him and leading Ohio to the championship game in his first start. Albin has said over and over again that he is confident in Harris’ abilities and his knowledge of the offense.

Harris was rewarded for his work by being named MAC East Offensive Player of the Week Monday.

“To come into his first start and get that done speaks volumes to what kind of person he is, his belief in his teammates and the confidence he has in his teammates,” Albin said.

Every game is different

All three of Toledo’s conference losses have come to teams that Ohio has beaten this season, but that does not give Albin any more confidence for the MAC Championship. Every game has its own 60-minute identity, and Saturday will be no different.

Despite each matchup being different, The Bobcats have found a way to win nine of them, including the last seven straight. From their three-point win over Florida Atlantic in Week 1 to their 24-point win to clinch the MAC East Championship last week, Ohio has never given up, even when all odds were against them.

“The team that executes the best is going to come out on top,” Albin said. 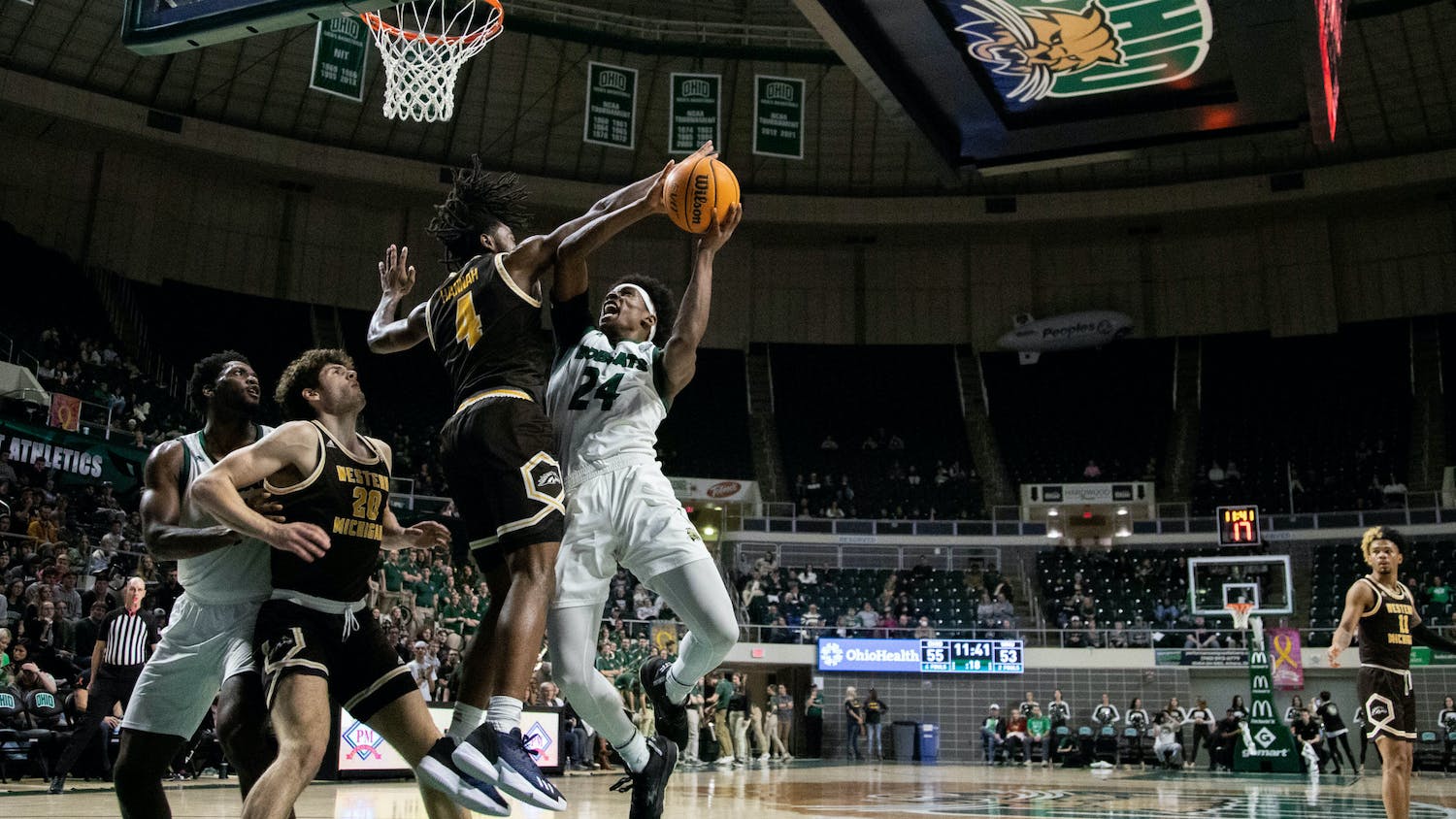