Four missionaries spend about two dozen hours a week on Ohio University’s campus trying to spread their faith to students — their peers, at least in age.

Bryan Clark and his companion had avoided knocking on the apartment door all afternoon.

The pair was overdressed — the affair hardly called for a tie — and apprehensive about the music that could be heard from down the hall.

“It’s Bible people,” the man who answered the door said when he saw them.

Clark described the mid-afternoon party at Wright State University in Dayton as anything but tame.

“No, it’s Jehovah’s Witness,” another responded.

It took a few women at the party to set them straight.

Clark, who dons a nametag reading “Elder Clark,” is a missionary for the Church of Jesus Christ of Latter-day Saints, a Christian church that is believed to be the restoration of the fullness of the gospel that Jesus Christ set up while on earth. Protestant denominations believe their faiths are a reformation of the gospel.

Clark, a 26-year-old from Utah, is one of more than 85,000 full-time LDS missionaries worldwide.

Nineteen months ago, he joined about 200 others who serve in the greater-Columbus area and, for the last four months, has been one of four missionaries sharing the LDS faith in Athens County.

Those four young adults, ranging in age from 19 to 26 and all from the American West, said they’ve experienced unexpected kindness from people they’ve met in Athens County.

“Usually if you walk up to someone on the street or go knock on their door they’re gonna be like, ‘What do you want?’ ” Sister Jessa Mae Clark said. “And sometimes we do get that, but then usually it ends up, they end up being really open to (us), and it’s so amazing.”

Sister Mackenzie Bohner never wanted to go on a mission.

While studying sports therapy at Brigham Young University-Idaho, she changed her mind.

“I just kept getting a thought that I should go, and I know it was the spirit telling me I should go,” Sister Bohner said.

LDS missionaries are not paid for their work. They pay for their living expenses — rent, gas, food, etc. — out of pocket. Sisters Bohner and Clark said they pay about $400 a month, which will total more than $7,000 each for their 18-month missions.

Most LDS missionaries are single men and women under age 25.

A young Scott Jarvis fully expected he would go into mechanical engineering. Then he served a mission in Finland.

During his two years on the mission he learned Finnish  — the first time he had studied a language. Now he is a professor of linguistics at Ohio University.

The Church of Jesus Christ of Latter-day Saints in The Plains has grown by about 100 members — to 350 — during the 15 years Jarvis, bishop of the church, has been in Athens. More than a dozen members are full-time OU employees and about 20 attend the university, he said.

Ohio is home to about 60,000 church members — about one-hundredth of the total U.S. Latter-day Saint population. Church statistics show that more converts are joining the Church of Jesus Christ of Latter-day Saints each year.

The four LDS missionaries spend hours each week walking around OU’s campus trying to find students to share their faith with.

But Jacob Gilmore is skeptical of how effective that is.

The sophomore studying graphic design and communication was on his way to an evening class when he was approached by two male missionaries at the top of Baker Center. Gilmore had headphones in. He walked past the missionaries saying, “I don’t have time.”

To succeed at converting college-aged students, Gilmore said the missionaries should use online means, such as videos or social media, as opposed to face-to-face interactions.

When Sister Bohner received her mission call, she was convinced the letter read “Iowa.”

Elder Tanner Barnes knew Ohio was in the United States but couldn’t point it out on a map.

Nineteen-year-old Sister Clark thought she may have driven through Ohio once before.

“It’s not what you want,” Sister Bohner said about the mission location. “It’s where you’re supposed to be.”

That location can change, at least somewhat. The 209 Columbus-area missionaries can be called to serve in zones as far north as Mansfield, as south as Jackson, east as Cambridge or as west as nearly Dayton. The missionaries, wherever they are, always have a companion. Sisters — how the church refers to female members — are paired with another female, while elders, the male equivalent, spread the faith with another male. They rotate zones throughout the mission area about every six weeks.

The daily structure, wherever they are, stays relatively the same. Days are spent studying LDS doctrine, proselytizing — hopeful they will find people to convert  — and reflecting in prayer.

The missionaries don’t watch TV, movies or listen to the radio, and social media is reserved for preaching the gospel. They can email home once a week. Calls are reserved for about every six months — Christmas and Mother’s Day. Why? To stay focused on the mission work, 19-year-old Elder Barnes said.

The missionaries must dress modestly and professionally, meaning the sisters don knee-length skirts and the elders sport suits, complete with white button-downs and ties.

“A lot of people ask, ‘If I join your church, do I have to wear a skirt every day?’ ” Sister Clark, who’s from Wyoming, said.

You don’t, unless you’re on a mission.

“A lot of people stare at you,” Elder Clark said. “Once you show that you’re still just a normal human being, they open up to you very well.”

But that can take time.

The sister missionaries have been confused for nuns. The pairs have fielded numerous questions about polygamy, which the Latter-day Saints don’t practice. Sister Bohner said she was shocked by how many people she has met who never have heard of a Mormon.

But being 21, she said, helps create common ground with OU students.

“I feel like it’s easier to connect,” Sister Bohner said. “I know, like, what they’re going through and, like, where they’re at in life and what kinds of questions and concerns they have.”

The missionaries try to talk to anyone and everyone.

“We don’t know who has been prepared, who is being prepared for us to teach them the gospel,” Sister Bohner said. 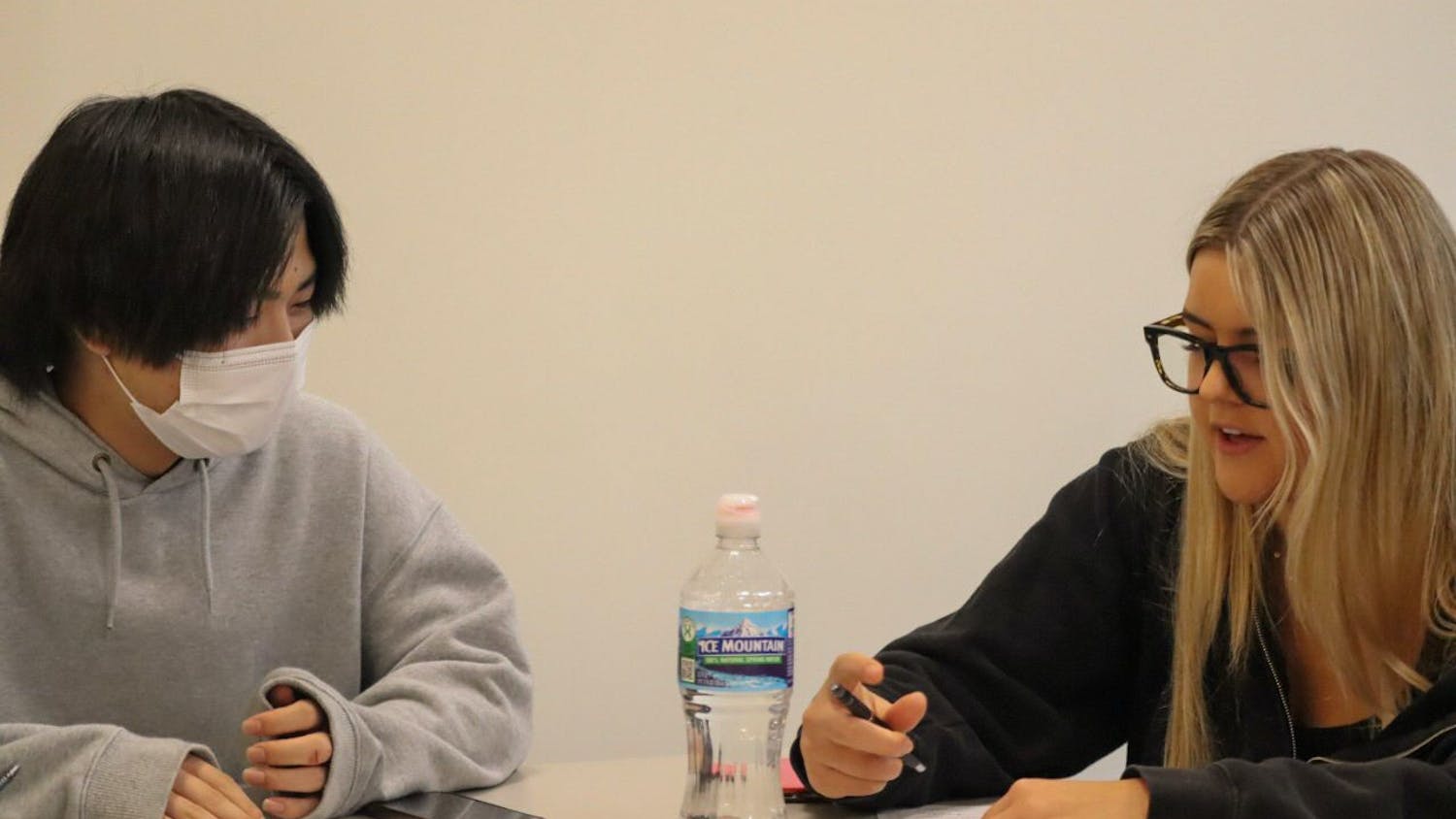