Spider-Man: Homecoming is a fresh take on a classic superhero. (Photo via @spidermanmovie Instagram)

So if you haven’t heard, Marvel released another Spider-Man movie. Some people might roll their eyes due to the seemingly endless amount of movies coming out of the franchise, but Spider-Man: Homecoming brings many changes to supporting characters that make the movie stand out.

Peter Parker (Tom Holland) is a sophomore at Midtown High School, a school for advanced math and science students. After the events of Captain America: Civil War, he wants to join the Avengers and devotes most of his time to fighting crime. Two months after the superhero showdown at the airport, a new enemy is on the rise in Queens. Adrian Toomes (Michael Keaton) makes his money by selling supervillains weapons and uses his Vulture suit to stop anyone who tries to disrupt his business. Parker will not have time for many high school antics if he’s going to stop Toomes from arming dangerous criminals.

Parker’s participation in the climactic battle between Avengers in Civil War definitely influences his motives in this film. He becomes obsessed with joining the superhero team after the airport fight. Parker wants to be more than the “friendly neighborhood Spider-Man” — because he has already fought more formidable foes.

His willingness to be a member of the Avengers goes against struggles Parker has had in previous films. He often questioned whether donning his suit was the right move at all. However, this movie doesn’t show enough emotional turmoil capable of causing such a reconsideration.

Spider-Man: Homecoming wants audiences to wipe their minds of anything from the previous Spider-Man films. Supporting characters change, either entirely removed or lessened in importance, and different bonds are created. Aunt May’s role is almost nonexistent, because she’s never the one in danger or giving Parker advice.

Parker’s love interests have always been a staple in his films — Sam Rami’s Spider-Man opened on a scene showing that he’s too much of a loser to date Mary Jane. Holland’s character has a more casual love interest named Liz Allan, who does Academic Decathlon with him. Parker doesn’t try as hard to make progress romantically since his superhero duties and best friend keep him plenty busy.

Ned (Jacob Batalon), Parker’s friend, has a really good bond with him through common nerdy interests and lack of popularity. He doesn’t have any ties to the craziness going on in Queens beside Parker. They keep stay on good terms throughout the action. Ned alternates between staying out of drama and helping Spider-Man as “the guy behind the chair.”

Toomes doesn’t follow the same pattern of many cinematic Spider-Man villains: He doesn’t have a personal sob story involving loved ones he has lost or wants to make proud. Toomes believes it’s unjust for the superheroes to make the mess and get paid for cleaning it up. He starts a business to profit off these catastrophic events.

Tony Stark and his employee Happy Hogan play a surprisingly big part in the film, since they guide Peter after the events of Civil War. Stark acts as Spider-Man’s teacher and helps him make responsible decisions. They have a serious talk at a playground, which enforces the relationship of child and adult. This change in character goes against previous impressions of Stark, established by the Iron Man films, that he’s a selfish man-child.

Technology takes a step up with the new suit Stark gives Parker as a reward for their previous work together. Spider-Man’s capabilities are broadened and enhanced by Stark’s upgrade, especially after the “Training Wheels” protocol is removed. The changes bring new life to certain action sequences, making them more exciting for long-time fans of the character who have grown use to his traditional fighting style.

The movie spends more runtime in the high school atmosphere than previous Spider-man films. There’s more interaction between students, since we glimpse into classrooms, gym and club meetings. Parker and his classmates are sophomores who are just starting to deal with crushes and social conformity that can alter their lives.

Don't be quick to judge Spider-Man: Homecoming based on past reboots of the movie. This rendition is almost entirely new and will appeal to a younger generation. 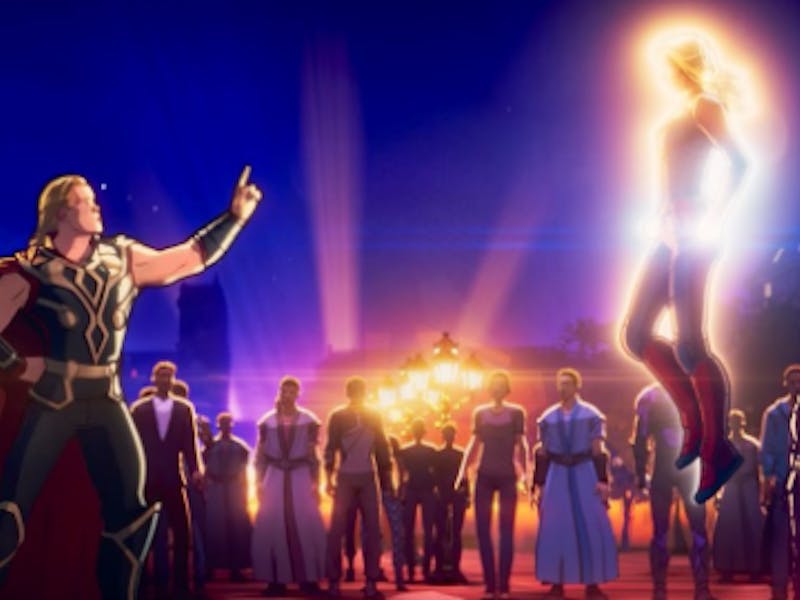