Existential Binge-Watching: Monica is the worst character on ‘Friends’

Friends is one of those of shows that sticks around for a long time. Even after the finale aired way back in 2004, the show has kept its hold on popular culture. It continues to be watched and talked about to this day — and probably for years to come. With this continuing lifespan, there has been a constant, unadulterated hatred that has festered for one character: Ross Geller.

It’s time, though, for the hatred to stop. Ross Geller is not the worst character on Friends. He has his fair share of issues; that’s not to be denied. Jealousy, anger problems, a bit of an ego — they’re all there. But they’re all established in comedic situations and ultimately make for quality television. Ross, through his faults, makes up a large percentage of the show’s iconic moments and lines quoted by a society still obsessed with this sitcom. And, yes, he’s ultimately pretty likeable when it’s all said and done.

I've decided I'm a Ross Geller defense account. Do not be my friend if you wanna spill hate on this precious fictional human being.

The worst character on Friends is the Geller-turned-Bing, Monica.

To start, she’s way too controlling. There’s this constant drawl of needing to yell and whine and order others around in almost every scene she’s in. If Chandler spills something, if Rachel doesn’t agree with her, the audience feels their fear, because it knows what is to come. Everything must be done her way, no exceptions.

The key difference starts with her not being funny. She really does come off as annoying. Ross, given his faults, still ends up being funny. His stupidity can be laughed at, not in a way to write off his problems, but to acknowledge them as part of the show and find the humor in the situations he gets himself into because of them. Monica, whether it’s her obsessiveness or another scene of her berating a character, usually Chandler, is not funny. The humor comes from the reactions to her, and quite frankly, they should be more annoyed.

She’s hypocritical. Even while she’s critiquing any one of the friends, she hides her own faults. She’s a complete neat freak and yells at someone for moving an ottoman, but has a secret clutter-filled closet. She scolds Phoebe for her selfish behavior, but hides lottery tickets and openly says money is more important than friendship. She makes poor Fun Bobby go sober and then dumps him for being boring.

One of the more obvious reasons she’s terrible is her downright awful treatment of Chandler. She opened their wedding gifts without him. She wanted to spend his life savings on stuff she wanted for the wedding. She constantly bosses him around. And, of course, there’s Richard.

The way she acts and talks about Richard is the worst of the worst. Hiding that she ran into him, inviting him over to sit at the table Chandler was going to propose at — it’s an awful case of not being over an ex. She hurts Chandler time and time again because of it. It’s like she has to convince herself that she’s happier with Chandler, which isn’t fair to him at all.

Not to mention, she gives the worst back massages. Really, Chandler deserves so much better.

So, it’s time to direct some of that Geller hatred toward the sibling that deserves it and cut Ross some slack. A compromise could be offered in which that hate is spread evenly between the two, but the problem there is that Monica, unlike Ross, just isn’t funny to watch at all.

At least we can all agree Joey and Phoebe put the rest to shame when it comes to the best characters on the show.

Jackson Horvat is a sophomore studying journalism at Ohio University. Please note that the views and opinions of the columnists do not reflect those of The Post. Do you agree? Tell Jackson by tweeting him at @horvatjackson.

Athens, OU leaders thought they deserved a say in the university’s next president. The decision happened without them. 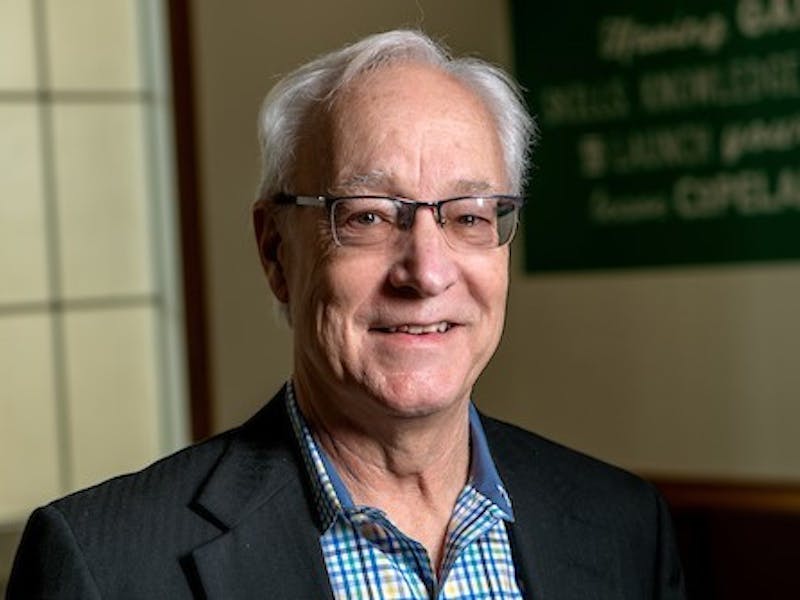