If there’s ever been an album you absolutely need to listen to in order, it’s Beabadoobee’s Fake It Flowers. While the evident angst, paired with fuzzy guitars and ripping drums, mostly falls in the first half, it’s intentionally sprinkled around the album’s ethereal moments. After she whisks you away, she brings you right back. It just feels right.

The 12-track Fake It Flowers may be Beabadoobee’s debut LP, but it certainly doesn’t feel that way. The space rocker feels like a veteran of the industry, singing like she already has the world wrapped around her finger (and she should) while seamlessly blending refreshing elements of airy vocals, insistent guitars, pounding drums and the occasional set of strings.

The first song Beatrice Laus wrote was 2017’s “Coffee,” a perfect example of a sleeper hit, shooting up the charts in 2020 after it was sampled in Powfu’s “Death Bed (Coffee for Your Head)” and became a famous TikTok sound. Dirty Hit Records signed her in 2018 when the track had around 300,000 YouTube views. She released three EPs in a year’s time before supporting Clairo on tour and releasing a fourth EP. She briefly opened for The 1975 in 2020 before COVID-19 brought the tour to a halt.

Fake It Flowers is a powerful journey through Beabadoobee’s life, following her frustrations with society, experiences with self-harm, overcoming the chaos of life and her heartwarming relationship with her boyfriend. The delicacy of her vocals in “Worth It” juxtapose the resounding smack of the drums in the chorus, as she comes to terms that she’s made a terrible decision being unfaithful, but she knows she can do better from now on. “Charlie Brown,” with its subtle aggression, finds Beabadoobee working past her self-destructive thoughts and using the Peanuts gang, of which she has a tattoo, to make her feel OK. “Sorry” starts out slow, but the explosion of the guitars in the second minute is worth the wait. The album is genuine, raw and one heck of a debut.

Here are the best five tracks from Fake It Flowers:

If this 92-second interlude-esque masterpiece were just a little longer, it could easily be the No. 1 track. Twinkling synths welcome you as Beabadoobee’s honeyed vocals plead for answers: why think about how it used to be when everything’s OK right now? She suggests going to France, where they could experience the same tranquility the instrumentation provides: “We’d go to the beach, and you could braid my hair.”

Opening the album with pure angst alongside flawless production like this is honestly a power move. Beabadoobee is looking back on a traumatic experience, and she needs to get it off her mind, but she doesn’t want this specific person to try to help because she knows they’re only concerned with themselves.

A brief guitar solo, conveying the frustration she’s having with this person, ensues before Beabadoobee asks an important question: “Oh, by the way, I’m still the same / I’m still the same, but are you the same?” She hasn’t let the inevitable bad moments change her, but she can’t say the same for them. You go, girl.

This isn’t the first time Beabadoobee’s boyfriend, Soren, has had a song named after him. Her love for Soren has seemingly only grown, though that almost didn’t seem possible after the deep adoration she expressed in the 2019 track. Everywhere she goes, she sees him, and he has only helped her transform into a better version of herself.

Backed by strings and a gentle acoustic guitar, she has a tear-jerking message for him: “And I want you to know that I’m in love / But I don’t want you to feel comfortable / Eyes so green, I don’t know what that means / But you make me feel like all this is real.” Don’t even try to say that’s not goals.

The title is fitting. Beabadoobee is again reflecting on a rough patch in her life, and she feels the pain resurfacing, but she can’t stop thinking about it. Her tone in the chorus is reminiscent of Soccer Mommy’s “circle the drain” as she pleads for her thoughts to go away.

Be prepared to truly feel alive for the first time in your life. Her vocals are as ethereal as humanly possible, as she has finally realized how toxic this person in her life was and how she’s ready to move on. Strings and dreamy guitars greet listeners and welcome them to Beabadoobee’s mind as she finally stands up for herself: “’Cause was it so hard to keep your mouth shut? / You say the moon’s miles away, but your brain’s further away.” The outro is probably what it feels like to enter heaven. The track is one of the best of 2020, and it’s the best on Fake It Flowers. 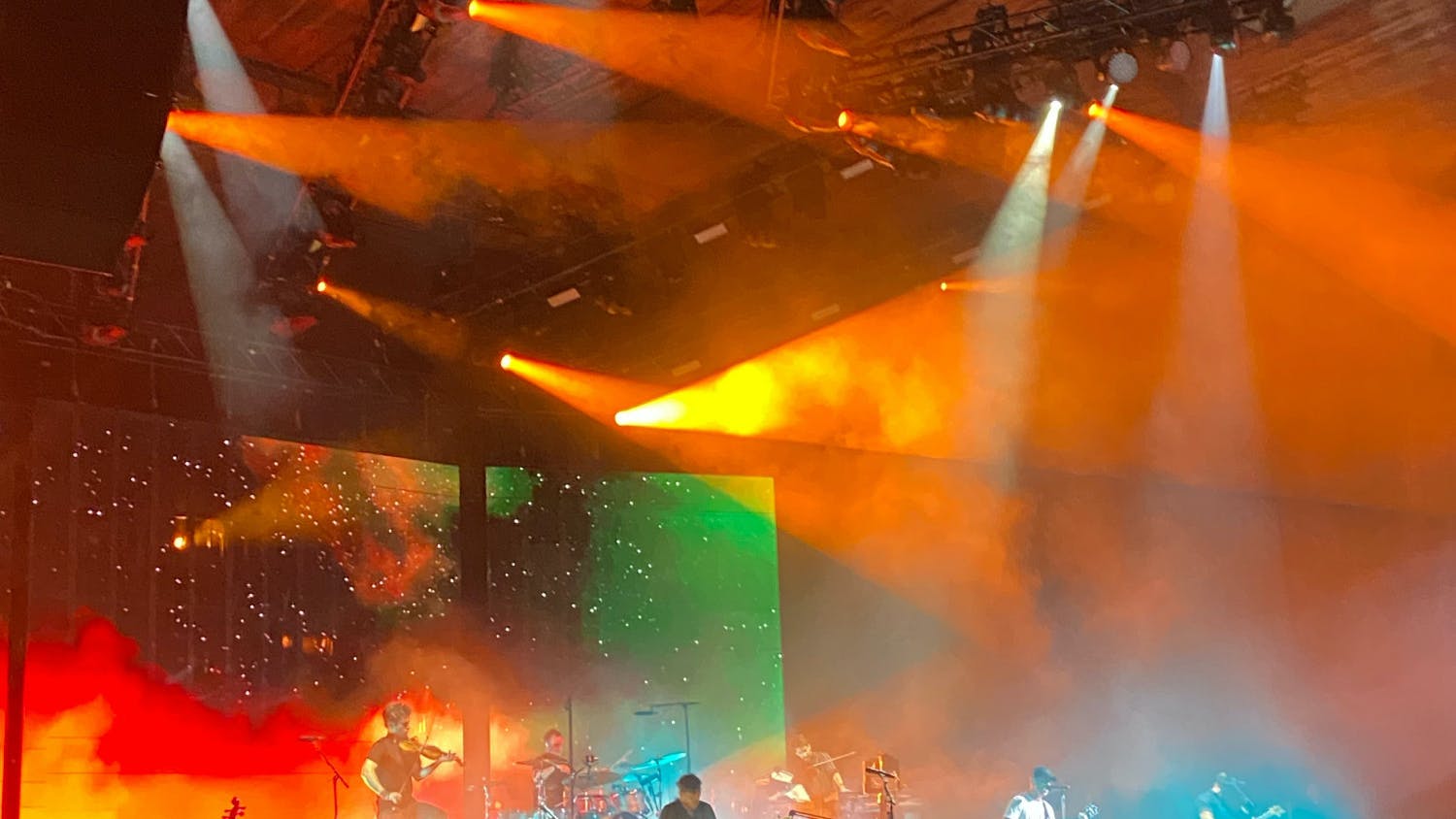