With 2:11 left to play in Tuesday’s game against Northern Illinois, Ohio was dangerously close to surrendering its lead to the Huskies. The Bobcats led NIU for most of the game, but a 9-2 run late in the second half cut the Bobcats lead to three. Ohio coach Jeff Boals called a timeout and snatched the drawing board from an assistant so he could figure out what to do.

Boals needed a closer. Someone he could trust to come out of the timeout and hit a clutch shot. Usually, that guy would be Jason Preston — Ohio’s best scorer, passer and leader. But with Preston sidelined with a hamstring injury for a third-straight game, Boals had to find someone to replace his starting point guard in crunch time.

In just his third game as a starter, Mark Sears, a freshman who averaged only 15 minutes, was tasked with shooting one of the most important shots of the game. And as he rose off The Convo floor 30-plus feet away from the basket, Sears released the ball with the same confidence and poise that made him one of the most-anticipated recruits in school history.

Originally from Muscle Shoals, Alabama, Sears actually rose to prominence while playing basketball in Virginia. Last season, Sears transferred to Hargrave Military Academy and led the Tigers to a 37-4 record and to the Final Four of the Prep National Championship. Unfortunately for Sears and the Tigers, the championship game was canceled due to the COVID-19 pandemic.

After averaging 14 points, five rebounds and three assists per game, Sears’ reputation as one of the top unsigned guards in the country was unquestioned. But with COVID taking its toll on college recruiting, Sears was unsure about where he should go or what he should do.

“I was actually talking to my head coach at the time, Lee Martin, about reclassifying,” Sears said. “Then later, I heard that he (Martin) was coming here to be an assistant at Ohio ... so I got that call on July 22 that he’s coming, and he wanted me to come with him.”

Athens was nothing like what Sears was used to in Alabama or in Virginia. He never even took an official visit. An impromptu road trip to Athens over the summer was all he needed to know that he was making the right decision.

“I walked in The Convo and seen all the history in the gym,” Sears said. “And then after the gym I went to see the players... and it was like a brotherhood.”

One of the players Sears met was a tall, skinny, quiet guard named Jason Preston. Preston received none of the attention Sears garnered in high school but in the span of two seasons, he developed into one of the most exciting guards in the mid-majors.

Sears knew if a player like Preston, who averaged only two points a game in high school, could be coached up into a potential NBA pick, then he could also have his game elevated.

When Sears signed with the Bobcats, he was etching his name into the history books. According to 247Sports, Sears was one of the highest-rated recruits in school history — second only to D.J. Cooper, who’s fourth on the Bobcats all-time scoring list.

But rankings don’t get you playing time. Especially not with Jeff Boals. Sears had to show his willingness to work in practice if he was ever going to be more than Preston’s back-up.

“It’s a tough situation, and I’ve been there as a player,” Boals said. “It can go one of two ways: you can be positive, you can be a great teammate, you can play harder, you can give great effort, you can do more reps, extra video, or you can feel sorry for yourself.”

Despite being the new shiny recruit, Sears embraced his role and made sure to learn everything he possibly could from the junior.

“I learned to play with great pace to the pick and roll,” Sears said. “Never let the defense speed you up and play at your own pace.”

Sears showed in practice that he could handle the pressure of college basketball, yet his opportunity hadn’t come.

And after logging only six minutes against Purdue-Northwest and not playing at all in Ohio’s loss at Marshall, it was unclear if it would.

“You just have to stay ready,” Sears said. “Just be mentally prepared in life.”

Nothing could’ve prepared Sears to anticipate Preston getting hurt in practice days before Ohio was set to host Bowling Green. The Falcons were regarded by many to be the best team in the Mid-American Conference, and Sears would have to match-up against the conference’s best player, Justin Turner.

With Preston in street clothes on the sideline and the mighty Falcons warming up on the opposite end of the court. It looked like Ohio had no chance of competing. Nobody told that to Sears, though.

In his first game as a starter, Sears nearly had a double double (nine points, nine assists) and kept the Bobcats competitive the entire game in a 83-75 loss. Despite ending the game on a sour note, it was clear to the Bobcats that they’d be OK in Preston’s absence.

“He’s built for this,” Ohio guard Lunden McDay said. “We kind of expected that, because in practice, he goes hard.”

In Sears’ second game, he exploded against Ball State for 18 points, eight assists and six rebounds. Not only did Sears stack the stat sheet, he also helped snap Ohio’s three-game losing streak.

But against the Huskies, it was on Sears to make sure the Bobcats stayed in the winning column.

Sears played like a vet against the scrappy NIU team. Multiple times, he drove inside and finished at the rim against defenders towering over him. He played team basketball and made sure players like McDay, Ben Vander Plas and Dwight Wilson III were involved as well.

“Mark has been excellent in JP’s absence,” Wilson III said. “He’s really holding down the fort for us and for him being a freshman what he’s doing is phenomenal.”

So when Boals needed a closer, he didn’t worry. And as the ball sunk into the net en route to Ohio’s 76-73 victory over Northern Illinois, it became clear to Boals that Sears could add to the storied history of the gym that brought them both there.

“The great thing about Mark I think in these last three games is that nothing fazes him,” Boals said. “I don’t think the moment will faze him.”

Sears’ next moment could be his biggest so far. On Friday, Ohio (6-4, 2-2 MAC) travels to face Toledo (9-3, 4-0 MAC) in a game sure to be one of the Bobcats toughest. Again, Ohio will be without Preston, so it’ll have to look to the freshman to pull out the win.

Sears has played in big games his entire career and he prides himself on being ready. As long as Preston’s out, he’ll continue to give the Bobcats his best. But what about when Preston eventually returns from injury? Will Sears be delegated back to the bench?

Not on Boals’ watch.

“He’s proven and earned the right to play,” Boals said. “We got to figure out a way to integrate those two together.”

Baseball: Ohio's pitchers feel the mojo in 'The Dojo' 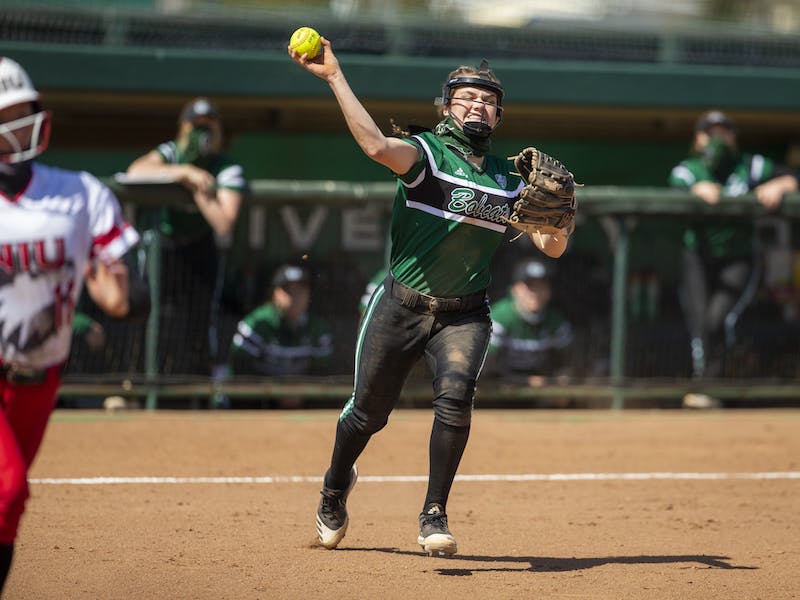 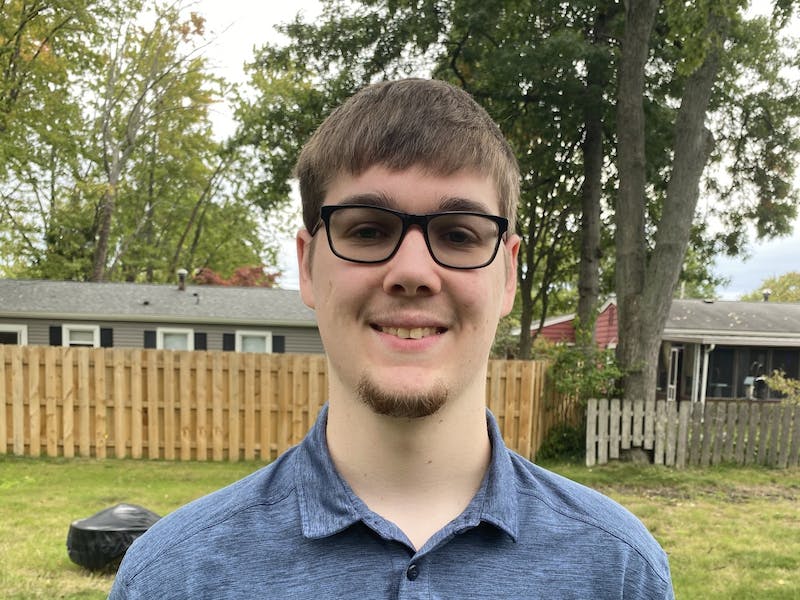 The Bottom Line: Shane Bieber is one of baseball's best pitchers, and we should enjoy watching him every time he takes the mound