Kelsey Boeing
Redshirt freshman, Caitlin O'Farrell (12), hits the ball during the Bobcats first home game on Friday, Jan. 22, 2021. The game was postponed to Saturday due to a county wide blackout.

Volleyball: Numbers to know from Ohio's 3-1 loss to Bowling Green

Ohio’s hitting percentage in the first set was .024, one of its lowest averages so far this season. In 42 attempts, the Bobcats had nine kills and eight errors. The Bobcats’ biggest issue against Bowling Green was that they were not getting as many touches in the first set, leaving them with a limited number of opportunities to score.

Ohio has played three matches on the road, and so far has only won one of them. The Bobcats show signs of struggle when they are not playing in the Convo. The team has committed their second and third-highest number of errors in a match while on the road, and the match at Bowling Green was no different. Not having the home-court advantage has hurt the Bobcats.

The Bobcats committed seven service errors during the match. This is the fourth time this season they have had seven or more service errors in a match. Tonight’s offenses were committed by Mariana Rodrigues (2), Sam Steele (2), Olivia Margolies (2) and Vera Giacomazzi (1). Ohio has been forced to turn over possession in important moments because of its errors.

After a weekend away due to injury, middle blocker, Tia Jimerson was back on the court as a starter for Ohio. She played in three sets totaling six kills, one dig, and one block assist. Jimerson is known to be a powerhouse for the Bobcats but was not in her usual form against the Falcons. Her return gave Ohio more upperclassmen leadership on the court and allowed for a more experienced starting lineup.

Giacomazzi totaled 46 assists through four sets on Thursday. Her ability to get the ball and use the proper fundamentals to set her teammates up for a successful kill helped the Bobcats score against the Falcons. In the few touches the Bobcats had, they gave the ball to Giacomazzi looking for a route to score. Her productivity will be key for Ohio going into Friday’s match. 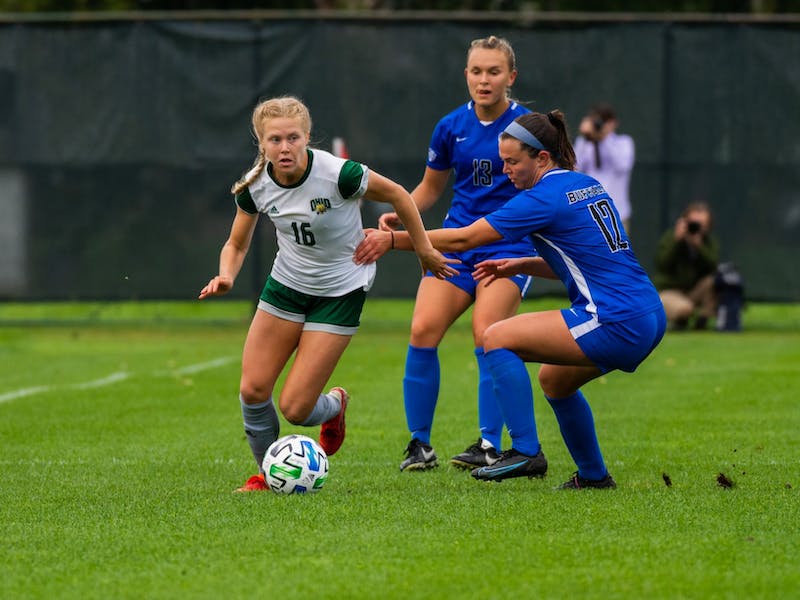 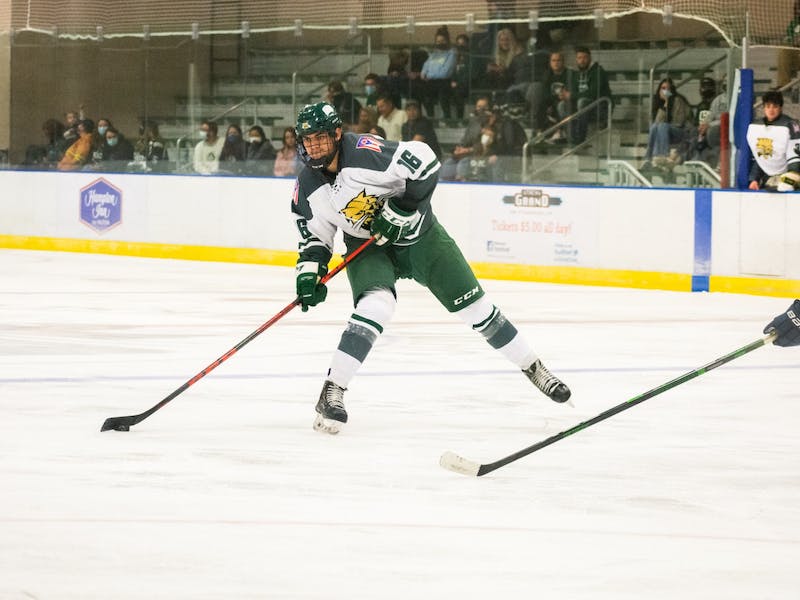 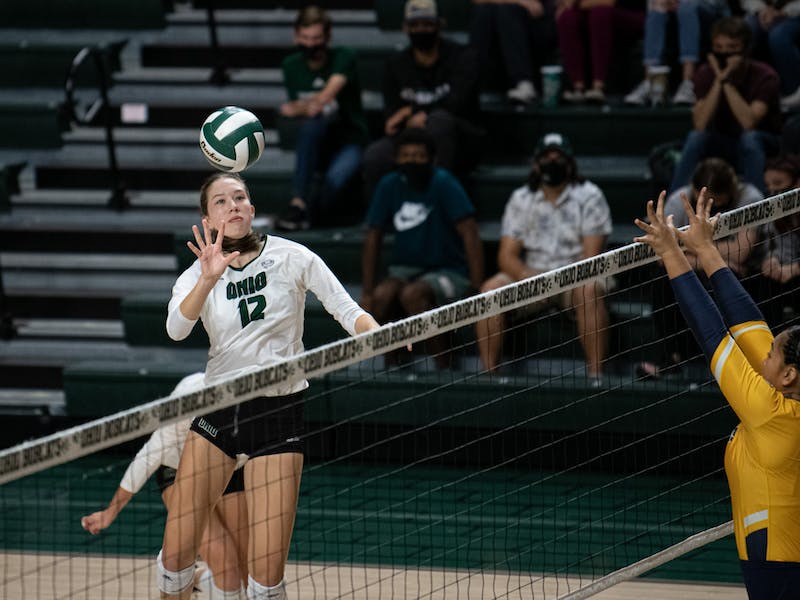