If you combine the guts and blood of The Boys with the lovable and relatable aesthetic of Sky High in an animation style akin to Batman: The Animated Series or Teen Titans, you somehow get Invincible. And it’s certainly as enjoyable as it is unique.

Based on the comic and character of the same name created by Robert Kirkman and Cory Walker, this adult animated superhero show premiered its first three episodes on Amazon Prime back at the end of March. It follows Mark Grayson, who’s a relatively normal teenager until he develops powers inherited by his dad, Nolan, more commonly known as Omni-Man (think Superman but from a planet called Viltrum). Right after Mark turns 17, his father begins officially training him in his powerful ways, with only minor concern from his mother, Debbie.

One of the initial draws of the series is its absolutely mind-blowing voice cast. Steven Yeun stars as Mark, with J.K. Simmons as his dad and Sandra Oh as his mom. Past them, though, from smaller, more cameo-like roles to bigger staples of the series so far, all kinds of voices can be picked up on: Mark Hamill, Jon Hamm, Seth Rogen, Clancy Brown, Mahershala Ali, Ezra Miller, Zachary Quinto. And that’s just to name a few.

With the involvement of Robert Kirkman, there are also a slew of voice appearances from alumni of The Walking Dead: Khary Payton, Chad Coleman, Michael Cudlitz, Sonequa Martin-Green, Lennie James, Lauren Cohan and Ross Marquand. Not only do they all make for fun discoveries for fans as the series moves along, but each and every one of them owns their roles and does an absolutely phenomenal job.

Invincible takes heavy inspiration from and almost plays as a pastiche of other DC and Marvel characters and storylines that viewers may already know. For instance, the established Guardians of the Globe in the series replicate the Justice League in almost instantly recognizable ways — from the Wonder Woman-inspired War Woman to the slightly different twin of Batman, Darkwing.

This isn’t to paint the series in any kind of negative light as a rip off, however. It’s all done in good fun with the intention to establish familiarity as opposed to an attempt to copy. Not to mention, the incredibly mature backdrop and tone of Invincible puts it in its own unique territory of owning the bit of campiness that comes with honest comic book adaptations while also telling an incredibly intimate and realistic story without fear of using harsh language and visuals.

It’s easy to feel right at home within a completely new and different superhero story. There’s no time spent on a tedious origin story or world building. The information that’s needed is handed to the viewer, and then the show takes off, and those watching are simply in for its chaotically amazing ride. Really, this plays as a breath of fresh air in what’s becoming an increasingly over saturated market for superheroes.

Another great aspect to see with Invincible is its use of animation to play as a true-to-form and full-fledged comic book adaptation. The visuals aren’t going to be mind-blowing in any way, especially with where animation has leaped to in the past decade, but it just feels right to the style of the source material. Live action is so often the immediate route to go that it’s fantastic to see such a nostalgic portrayal like Invincible.

With all of that said, it’s a bit difficult to talk too much about the show’s plot, as the first episode is best watched with zero knowledge of even the comic itself. Not only will the ending of the premiere make fans of the Kirkman source giddy, but it will instantly hook and let unaware viewers know this isn’t your average super-powered animated series.

Invincible is the latest in a long line of comic book adaptations as of late, but it does more than enough to hold its own. Currently at five episodes, the series releases roughly hour-long installments every Friday in what will eventually be an eight episode premiere run. Here’s to hoping enough people tune in to this gory superhero show with some serious heart and that it proves to truly be invincible when it comes to renewals for future seasons.

Jackson Horvat is a junior studying journalism at Ohio University. Please note that the views and opinions of the columnist do not reflect those of The Post. Do you agree? Tell Jackson by tweeting him at @horvatjackson. 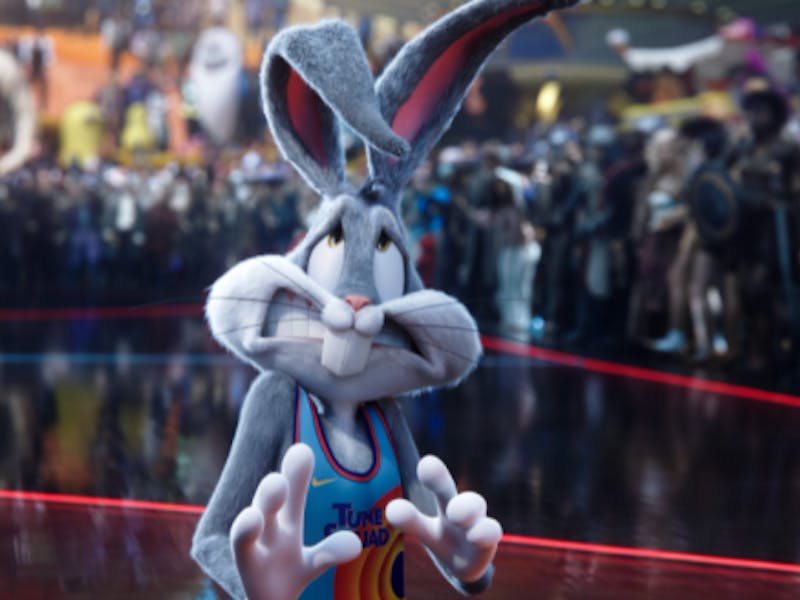 Campbell’s Corner: Addison Rae is not fully to blame for UFC controversy