Football: What to know about Ohio's Week 8 opponent, Kent State

The midway point of Ohio’s Mid-American Conference schedule is fast approaching. On Saturday, Ohio will host Kent State at Peden Stadium for its final weekend game of the season.

The Golden Flashes (3-4, 2-1 MAC) are tied with Miami for control of the MAC East Division. Its offense covers more ground than any other in the conference, and it is the first conference opponent to face Ohio with a winning record in the MAC.

The Bobcats (1-6, 1-2 MAC) are still trying to piece together a complete game. They took a three-touchdown lead in the first quarter against Buffalo last week, but collapsed after their third drive and lost a game they had all but locked up after 15 minutes of game time.

All is not lost for Ohio, however. Changes in the roster, including a shift in starting quarterback from Kurtis Rourke to Armani Rogers, have provided some improvements since Ohio began its conference slate. It’s been close to victory in its previous two losses, but the failure to follow through stopped it short both times.

Here’s a peek at Kent State prior to Ohio’s game on Saturday:

Last time they played: Oct. 19, 2019. Quarterback Nathan Rourke passed for a career-high 342 yards and two touchdowns on 28 attempts to lead Ohio to a 45-38 victory in Athens. Rourke himself ran in two touchdowns, including a seven-yard run with six minutes remaining in the fourth quarter that handed Ohio a lead it never relinquished.

Kent State report: Despite a disappointing nonconference schedule, Kent State turned its record around once it entered conference play. It is tied with Miami for first place in the MAC East Division and catalogued wins against Bowling Green and Buffalo.

Fourth-year coach Sean Lewis has yet to defeat Ohio since he took command in 2018, but that may be subject to change. Kent State wields the best total offense in the MAC, averaging 449.6 yards per game, and posted 633 yards against Buffalo.

Quarterback Dustin Crum has failed to disappoint. The graduate totals 1,513 passing yards, with 751 of those yards coming against conference opponents. But he isn’t limited to passing. Crum is quick on his feet, rushing for 275 yards on 82 attempts. He was also Kent State’s leading rusher in 2019, and has remained a top-three rusher for the past two seasons.

While the offense sets the standard for production in the conference, Kent State’s defense has slogged through seven games. Kent State ranks dead last for total defense, allowing 476.9 yards per game. It was, however, stuck with a brutal nonconference schedule to begin the year, including games against then-No.6 Texas A&M and then-No. 5 Iowa.

But the defense crumbles against conference opponents as well. Kent State was shellacked 64-31 by Western Michigan less than a week ago. It gave up 648 total yards and allowed quarterback Kaleb Eleby to pass for 307 yards.

How Ohio beats Kent State: It’s a tall order, especially after Ohio’s loss to Buffalo, but Kent State’s defense ranks in the bottom of the conference for a reason.

Ohio’s best hope lies in running up the score. Rogers seems to have found his place at starting quarterback, and he’s proven his mettle in his previous two starts. Mix Rogers with a rushing attack that has ticked up since conference play began, and Ohio might be able to last in a shootout.

Ohio’s defense has failed to obtain key stops in the past, and working against an offense led by Crum makes that task exponentially harder. If Crum passed for 407 yards against Buffalo, all bets are off for his performance Saturday.

Stat to know: 6. Ohio is on a six-game winning streak against Kent State, the longest win streak in the history between the two programs.

Player to watch: Marquez Cooper, running back, No. 1

The sophomore started in six games this season, only missing the start against Maryland on Sept. 25. Cooper is third in the MAC for rushing yards per game, averaging 72.6 yards per game and 4.9 yards per carry. He rushed for over 100 yards in Kent State’s games against Bowling Green and Buffalo, teams with marginally better run defenses than Ohio.

Ohio has had trouble containing running backs this season, and Cooper isn’t likely to be the exception.

Hockey: Ohio returns from break with two-game series against Niagara

Women's Basketball: What to know about Richmond 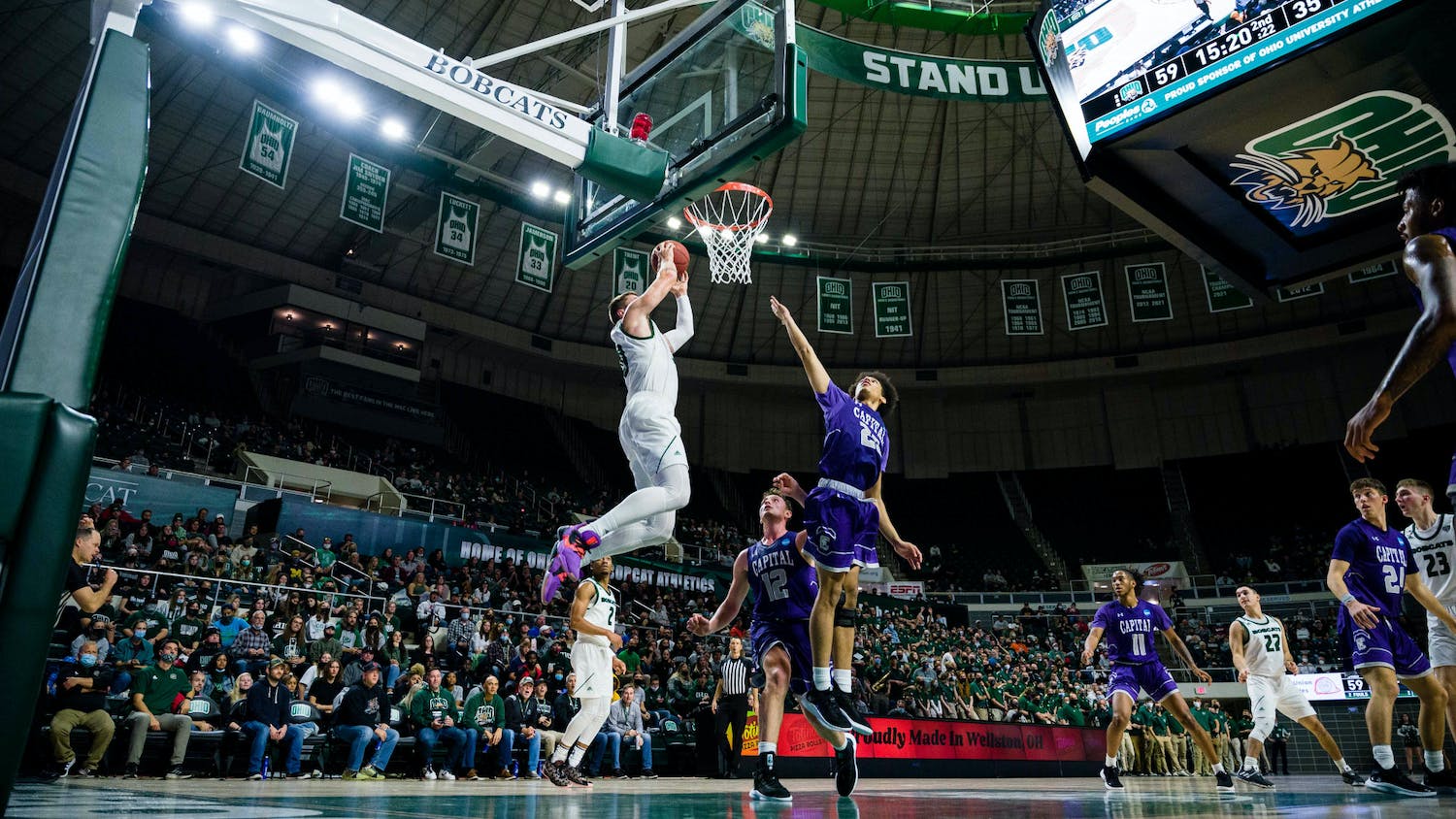