On the set of Alec Baldwin’s new Western film Rust, a stunt didn’t go as planned.

It was so far from the plan, actually, that the antique revolver Baldwin was shooting in the scene was loaded with a real bullet that killed the film’s cinematographer, Halyna Hutchins, and wounded the director, Joel Souza.

When Baldwin fired the gun during the dress rehearsal at the Bonanza Creek Ranch studio near Santa Fe on Oct. 21, no one had any idea about the tragedy that would come – or did they?

“I felt really bad for Alec Baldwin because he's an unproblematic actor,” Sarah Rowen, who graduated from Ohio University in the spring of 2021, said. “He's never had any big scandals or anything, so I felt bad for him. I read up on some stuff and I saw that they weren't taking gun protocol safety seriously.”

The two people who handled and inspected the loaded firearm prior to Baldwin receiving the weapon were film armorer Hannah Gutierrez-Reed and assistant director David Halls.

Halls handed the gun to Baldwin and said it was a “cold gun,” which indicates it contained no live rounds and was safe for the actor to handle.

Some chalk the situation up to negligence, but after Gutierrez-Reed told detectives, according to the affidavit, that when the crew broke for lunch that day, the firearms were secured in a “prop truck” on set and the ammunition was not secured, others aren’t so sure there wasn’t foul play involved.

“It could’ve just been an accident, I guess,” Margaret Edwards, a freshman studying studio art, said. “But that’s just such a crazy accident if you ask me. So maybe there was a little setup – a little conspiracy into that.”

The Santa Fe County district attorney, Mary Carmack-Altwies, said she is not ruling out criminal charges after the shooting. Detectives are still interviewing people who were on set, and the district attorney said it could be weeks, if not months, of follow-up investigation until they can get to the point of charging. Carmack-Altwies also said this is one of the most challenging cases in Santa Fe County in recent memory.

“We have complex cases all the time,” she told the New York Times. “But this kind of complex case, with these kinds of prominent people, no.”

Rowen pointed out the fact that a lot of movies use computer-generated imagery for gun shots to ensure maximum safety, so the fact that there was just one live round loaded into the gun seemed suspicious.

“Like somebody put it there or something,” Rowen said.

In terms of who people think should be charged, Edwards said the prop directors and those handling the gun should be further investigated, but that detectives should definitely look into Baldwin, be it his involvement or the possibility of someone trying to set him up.

However, like Rowen initially said, a lot of people just feel bad for Baldwin for being in this situation and carrying that guilt.

“I couldn’t imagine what he’s feeling right now, and what he felt when it happened,” Nick Boehm, an undecided freshman, said.

Though the investigation is still ongoing, the general consensus is that something feels off about the whole situation – especially given that it’s a professional film environment yet no one seems to know how the live round got in the gun.

“I was taken aback for sure,” Edwards said. “Honestly, my first thought was, ‘Something’s up.’ That doesn’t just accidentally happen.” 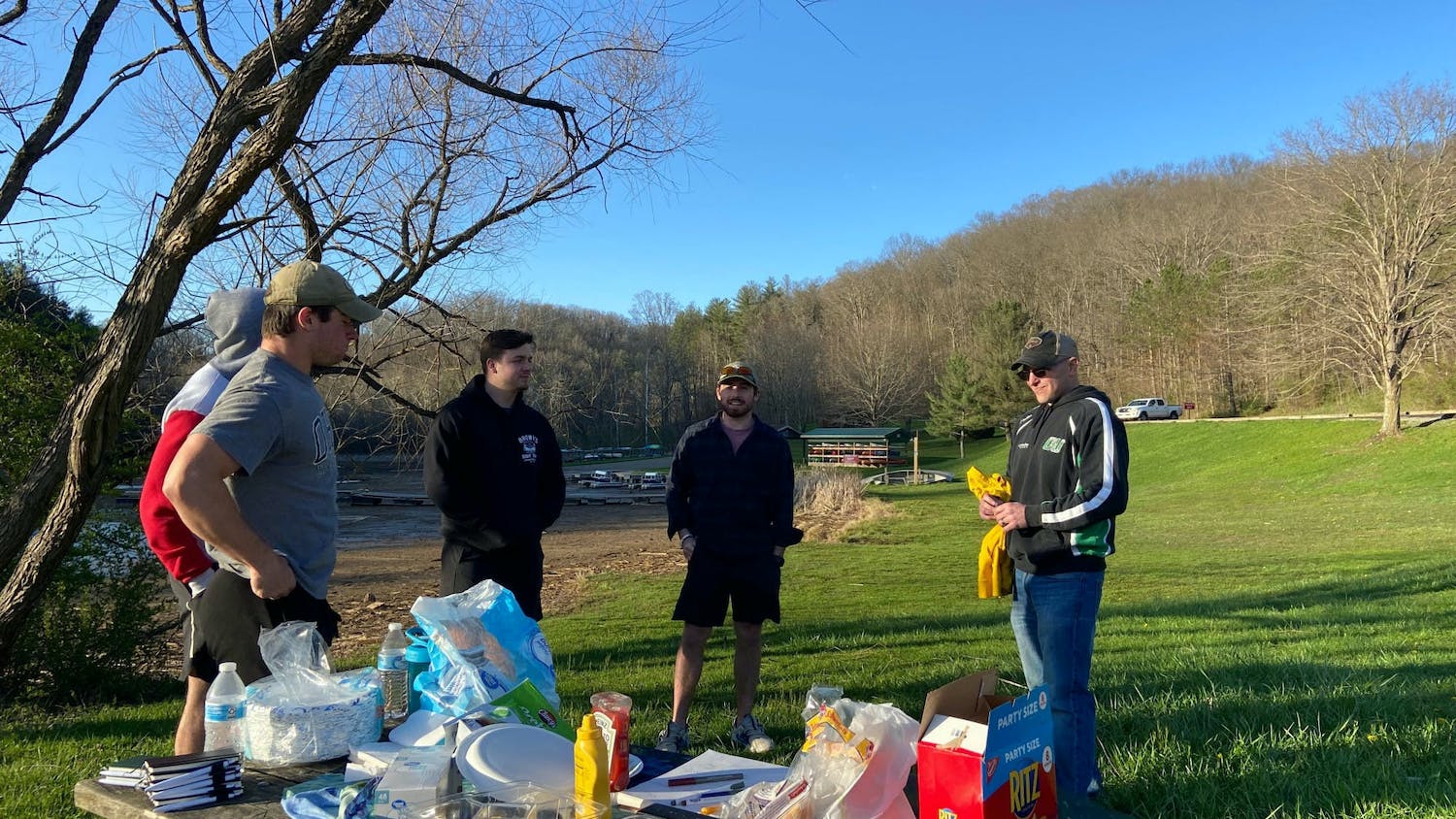