Jose Cano didn’t know who to cheer for Sunday.

Cano is originally from Fontana, a city in Southern California skirting the eastern edge of Los Angeles. Before Sunday, he’d weighed the option on whether or not to support the Los Angeles Rams over the Cincinnati Bengals in Super Bowl LVI on Sunday night.

However, Cano wasn’t rooting for a team so close to his hometown. He, like many others, had made the trek to uptown Athens in support of Bengals quarterback Joe Burrow.

“I noticed how much the city really backs him,” Cano said. “I may not be from Southeast Ohio, but the fact that I’m living here now for the next four years for medical school, I want to be here supporting somebody local. I’m always for that.”

The quarterback has become a household name in his hometown. The buzz had been brewing for years, beginning with him piloting Athens High School to its first state championship appearance in 2014 and culminating in his 2019 Heisman Trophy acceptance speech that raised awareness to Athens’ struggles with poverty and food insecurity.

Burrow’s speech prompted an outpour of donations to the Athens County Food Pantry as well as the creation of the Joe Burrow Hunger Relief Fund, which has now surpassed $1.6 million in donations.

Since that speech and his subsequent drafting by the Bengals in the 2020 NFL Draft, the support for Burrow emanating from Southeast Ohio has increased tenfold.

On Sunday, it reached its zenith.

Court Street flooded with people from a slew of backgrounds — Ohio University students, alumni and Athens residents — hours before the game even began airing. By early afternoon, the masses huddled rank and file into whatever bar allowed them entry. Some venues even stopped accepting people at halftime due to reaching maximum capacity.

The vast majority of patrons decked themselves in Bengals gear and many of those without adorned shirts emblazoned with Burrow iconography. Bengals fans or not, those who made the pilgrimage uptown had congregated for the same reason.

A hometown hero was playing in the Super Bowl.

“When the Bengals won the Wild Card game, it was crazy to see grown men crying,” said Chloe Dascalos, who’d watched portions of the Bengals’ initial postseason run while working at Buffalo Wild Wings. “It was nice to see everybody so excited, especially with Joe being from here. It seems to really make the community swell.”

The cheers of the various crowds swelled for every Bengals first down and simmered whenever the Rams scored. After Tee Higgins scored on a 75-yard touchdown pass from Burrow early in the third quarter, cheers echoed up and down Court Street. Jackson Hughes, a manager at Lucky’s Sports Tavern, stood up as fans hollered and began doing push-ups on top of the bar.

For one night, all of Athens stood in solidarity with a local legend.

Even Cleveland Browns fans embraced the Bengals. Cat’s Eye Saloon, a bar on Court Street affiliated with Browns Backers Worldwide, welcomed dozens of Bengals fans to watch the Super Bowl. The bar sees a regular influx of Bengals fans come football season but never to the extent it had seen Sunday.

Jordan Colburn, who has worked at Cat’s Eye for over a year, said the staff had been preparing for the possibility that the Bengals reached the Super Bowl.

“We expected this,” Colburn said. “Usually, there’s only one person working Sundays. We’ve got three on today. If we need more, then more can come. This is kind of what we expected, if not more.”

One Cat’s Eye patron, Mike Litten, still remembers the first Bengals game he attended as a child. He can still recollect the heartbreak that followed the two failed shots at a Super Bowl victory in 1982 and 1989. But the Bengals had made the long march back, and Burrow, a local hero, was under center.

“To have a local kid, it makes it so much cooler because it seems like everybody, even people who aren’t Bengals fans, are so much behind the team,” Litten said.

Litten and his wife, Shelly, are both OU graduates. They moved to Cincinnati after Mike graduated in 1984, and the couple returned to Athens after retiring in 2017. They’d been introduced to Burrow after watching a LSU game in 2019, and they’ve been hooked ever since.

Like so many other Athens residents, having Burrow come from their corner of the world only stoked their fandom.

“It’s every parent’s dream to have a kid like that,” Mike said, “Somebody that you would trust, even if you don’t know them very well.”

But as the excitement across Athens boiled over and the Bengals clung to a slim lead throughout the second half, it soon bottomed out. The Rams scored with 1:25 left on the clock, and a sense of dread blanketed fans crammed in front of the bar at Cat’s Eye.

The dread morphed into crushing defeat on Cincinnati’s final possession, a desperate fourth-down conversion attempt that ended in an errant pass and Burrow being swung to the ground by Los Angeles’ Aaron Donald. Los Angeles closed the game out with a kneel, and another Super Bowl ended with a 23-20 loss for Cincinnati.

The patrons inside Cat’s Eye were shattered. Burrow, who hadn’t lost a playoff game since Athens was defeated by Toledo Central Catholic 56-52 in the Division III state championship, was going home empty-handed.

Expletives rang out. A few patrons cupped their heads in their hands. The cheers that had echoed throughout the bar, and the rest of Court Street, fell silent. Many began packing and leaving before the clock ran out. Patrons spilled out of the bars and began the long trek home, and the joyous shouts that were pervasive just few hours before had shrunk to murmurs.

But even as the few dozen Cincinnati fans inside Cat’s Eye loathed another failed attempt at a Super Bowl, a few took in the moment that Burrow brought them to. As the postgame ceremonies played, one man raised his glass and began to chant.

“Who dey!” he exclaimed, raising his glass as he began the Bengals’ well-known “Who Dey” chant.

Many along the bar joined in. They chanted for a season that Cincinnati fans had been waiting 33 years for. It ended just shy of the Lombardi Trophy once again, but those fans took solace in reaching the heights they had.

It only took a man from Athens to get them there.

Hot Takes with Tate: Joe Burrow, the Bengals still have so much to be proud of 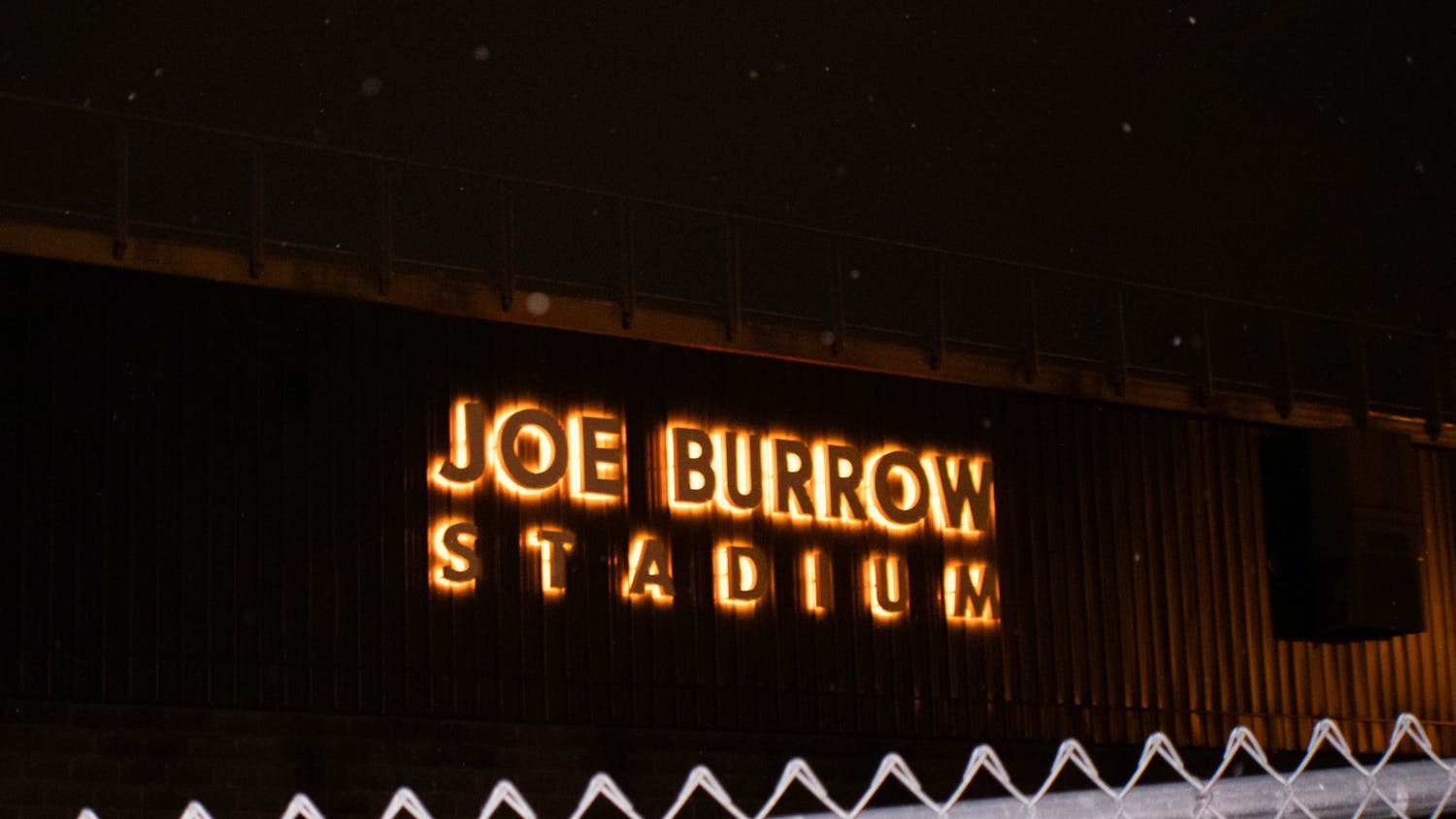 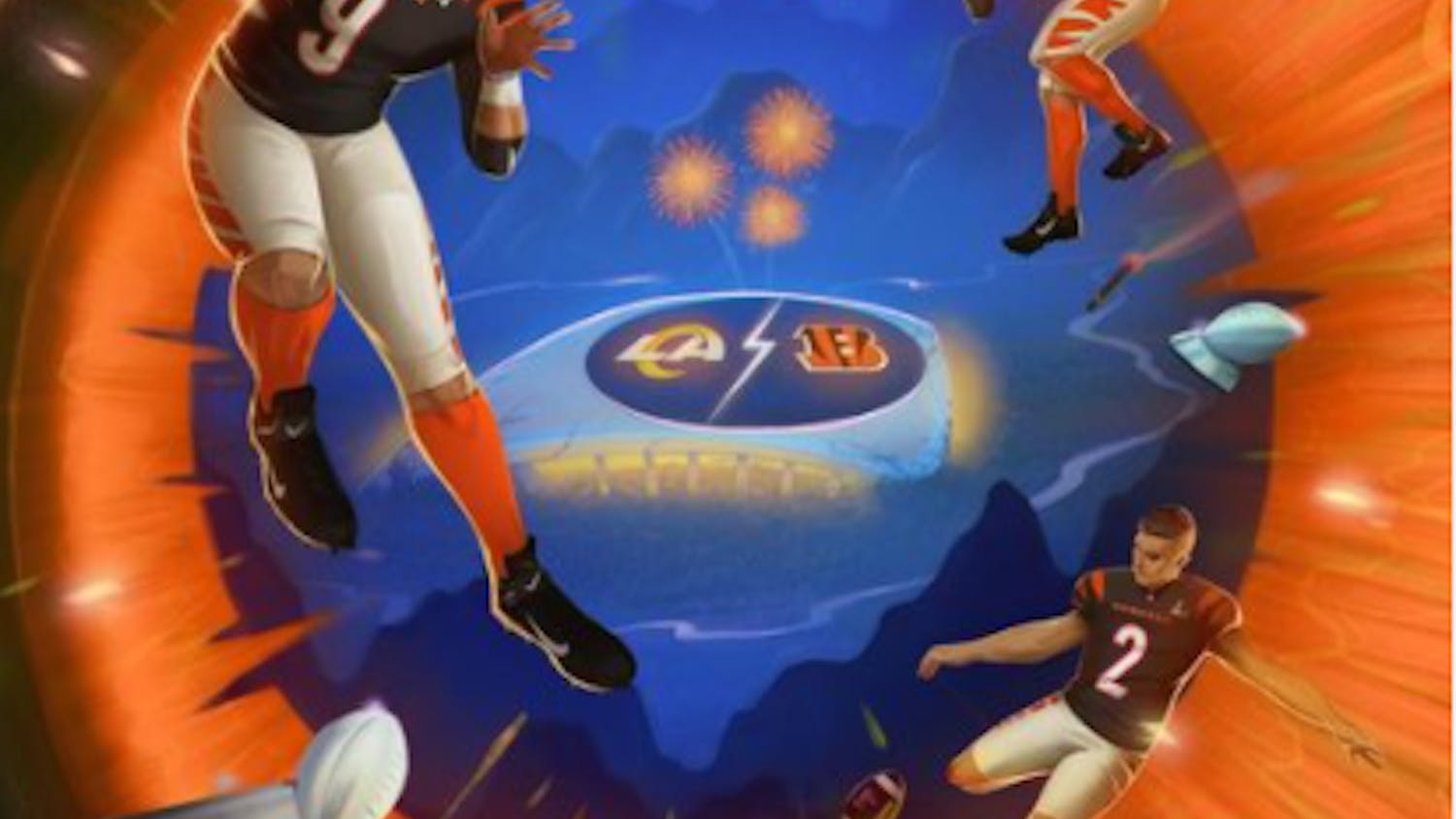 Twitter Reactions: How fans are reacting to the Bengals in Super Bowl LVI