Taylor Mead, general manager at Bubbles Tea and Juice Company in Athens, Ohio, said one of Bubbles’ company values is to engage in its community, and the company’s upcoming fundraiser, “Puppy Hour,” will allow it to do just that.

On Feb. 26, from 1 p.m. to 5 p.m., Bubbles and Bobcats of the Shelter Dogs, or BOSD, plan to collaborate to host “Puppy Hour,” which is a fundraising event that will benefit the Athens County Dog Shelter. $2 from each drink sale will be donated to the shelter. Additionally, one or two dogs that are currently up for adoption at the shelter will be at the event, so customers can interact with them.

Although Bubbles has done fundraisers for other organizations in the past, “Puppy Hour” is its first full-fledged fundraising event in Athens.

Since starting her job at Bubbles this summer, Mead said she thought community engagement was something she believed the company was lacking. She was excited to get started planning her first fundraising project that will benefit a nonprofit organization in the local community.

“You donate a $25 gift card to an organization, and you don't remember them, and they probably don't remember you either,” Mead said. “We really want to have better relationships with people in the community than that.”

Not only is “Puppy Hour” the first event of its kind at Bubbles, but it’s also new for BOSD.

BOSD is a student-run organization that donates its proceeds to the Athens County Dog Shelter. At the dog shelter, money is used for things such as buying food for the animals, paying vet bills, buying medicine or treating injuries.

Colin Ward, one of the fundraising chairs for BOSD, said although the organization has done fundraisers and tabling events in the past, “Puppy Hour” will be the club’s first major collaboration with an outside business. He said allowing people to interact with dogs from the Athens County Dog Shelter is a great way to help them get adopted.

“I think we've had eight dogs adopted through tabling events, just because people get to see them,” Ward said. “They're usually more relaxed than when they're at the shelter, and they're having fun. People get interested in them, go check them out and they eventually get adopted.”

Maddy Mitchell, president of BOSD, said interaction with the dogs helps them get adopted and helps relieve stress for people involved within the organization.

“A lot of my members actually have told me that it is a very big stress reliever if they're having a bad day or week because you get to go interact with 20 or so dogs,” Mitchell said. “You're there, then you leave, and you're refreshed and happy, especially if one of the dogs got adopted that day. It's relieving and rewarding.”

Mitchell actually found herself creating a connection with the dogs and adopted her own dog from the Athens County Dog Shelter.

Those interested in joining BOSD are encouraged to visit the organization’s Bobcat Connect page. Mead, Ward and Mitchell encourage people to attend the “Puppy Hour” event as well.

“It's a great event,” Ward said. “We're very lucky that they're partnering with us. If anybody's interested, no matter their experience with dogs, we encourage them to look at the club and try to volunteer if they're interested.” 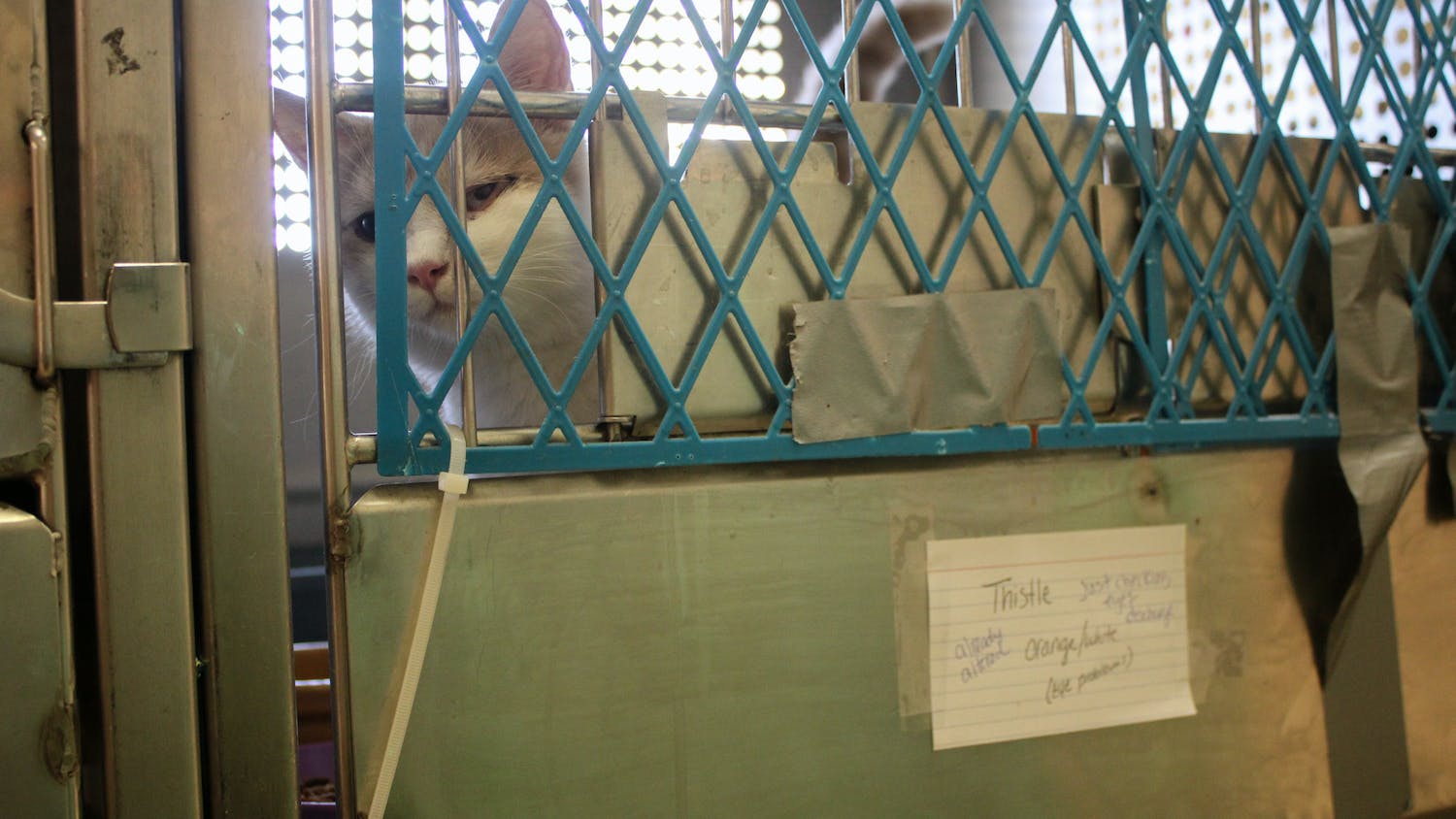 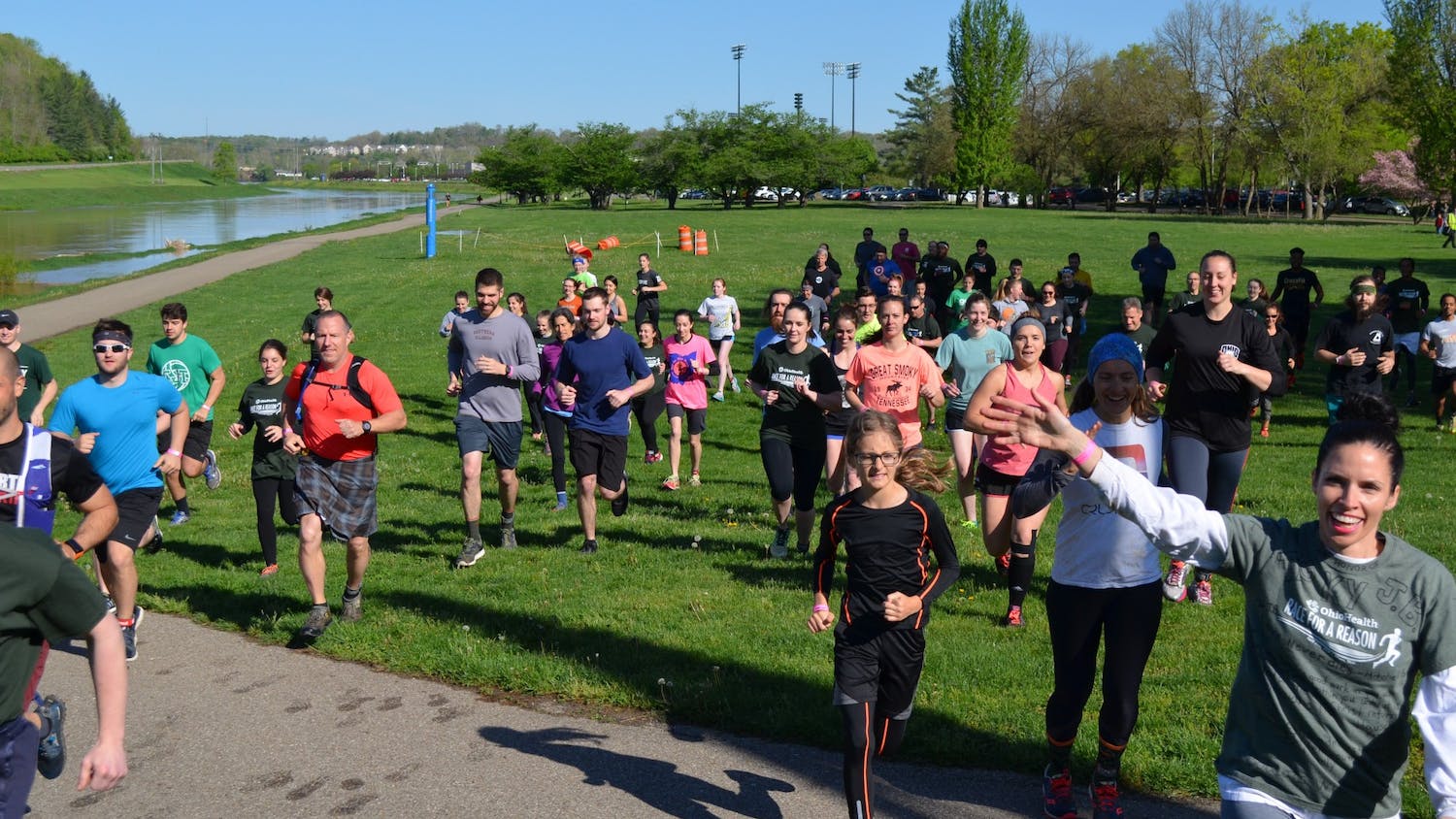 Race for a Reason event sheds light on local nonprofits