Hockey: Sam Turner's leadership makes him and his teammates better

Not many players can step into a leadership role quite like how Sam Turner has. The junior, as well as the rest of Ohio, has had to adapt to a strange season. A new coach, a tough schedule and multiple cancelations have put Ohio in a difficult situation. Its newer players needed an upperclassman to lean on and look to for guidance.

Turner has been a leader on the ice since he arrived in Athens in 2019, but he has grown into a stand-out player this season. He leads the team with 32 points alongside Drew Magyar and J.T. Schimizzi.

However, the key difference between Turner and Ohio’s other point leaders is that Turner is a defenseman, while the other two are forwards. Defensemen typically have fewer opportunities to score than forwards do. This has not stopped Turner from scoring 11 goals this season, the fourth most on the team. He also leads the Bobcats with 21 assists.

Not only is Turner a leader on the ice, but he is also a leader on the bench and in the locker room. He’s one of Ohio’s four captains and the team’s only junior captain. Earning captain as a junior is an honor for Turner, and he knows the work he has to put in to live up to that role.

“I just come to the rink every day (and) do what I can,” Turner said. “(I) do what I can in games. I try to show a good example and see what happens from there. Coach felt that I earned the captaincy because of that.”

Game after game, Turner gives his greatest effort, no matter what. He’ll do whatever he needs to so that the Bobcats can win. He will put himself at risk by taking big hits to stop a shot or stand up for a teammate. For Turner, that is no big deal.

“There's so much adrenaline going through,” Turner said. “It's not even really a question whether you're going to take the hit or not, whether you’re going to block the shot or not.”

To the rest of the Bobcats, Turner inspires confidence. He’s able to get up hit after hit, and his tenacity fires up players on the bench. Even when he’s not feeling the finest, Turner continues playing. His persistence exemplifies selflessness, one of the qualities that exist in a great leader.

“There (are) many games where he's playing injured,” defenseman Blake Rossi said. “And he does it for us. I mean, he still busts his ass out there, even when he’s hurt.”

Turner and Rossi both joined Ohio at the same time, but didn’t play on the same line together until this year. Being a defensive pair, the two have gotten especially close this season. The defensemen shared a unique bond, as they talk amongst each other the most throughout games. Turner has gotten to share his knowledge of the game with Rossi, and he even helps Rossi become a better leader himself.

“I'd say he's just always pushing me to be my best and play at my best levels,” Rossi said. “He's one of the top guys that helps everyone through their tough times and everything. I mean, he’s just a hell of a leader.”

For Rossi, playing with Turner is easy because the duo is communicating all the time. Communication is key on the ice, and Turner doesn’t shy away from what he needs to get across.

Even when criticism comes and improvements need to be made, Turner does not sugarcoat his words. He’s honest and straightforward, which is another important quality in a leader. Ohio has had to make a few improvements as the season has progressed, and Turner has been a vital component of those improvements.

With the end of the regular season around the corner, Ohio will be losing multiple seniors and other leaders on its roster. It will be even more important for Turner to maintain his leadership skills now that he will be a senior.

But Turner isn’t worried about that now. He’s got one goal on his mind — reaching the national championship this spring. 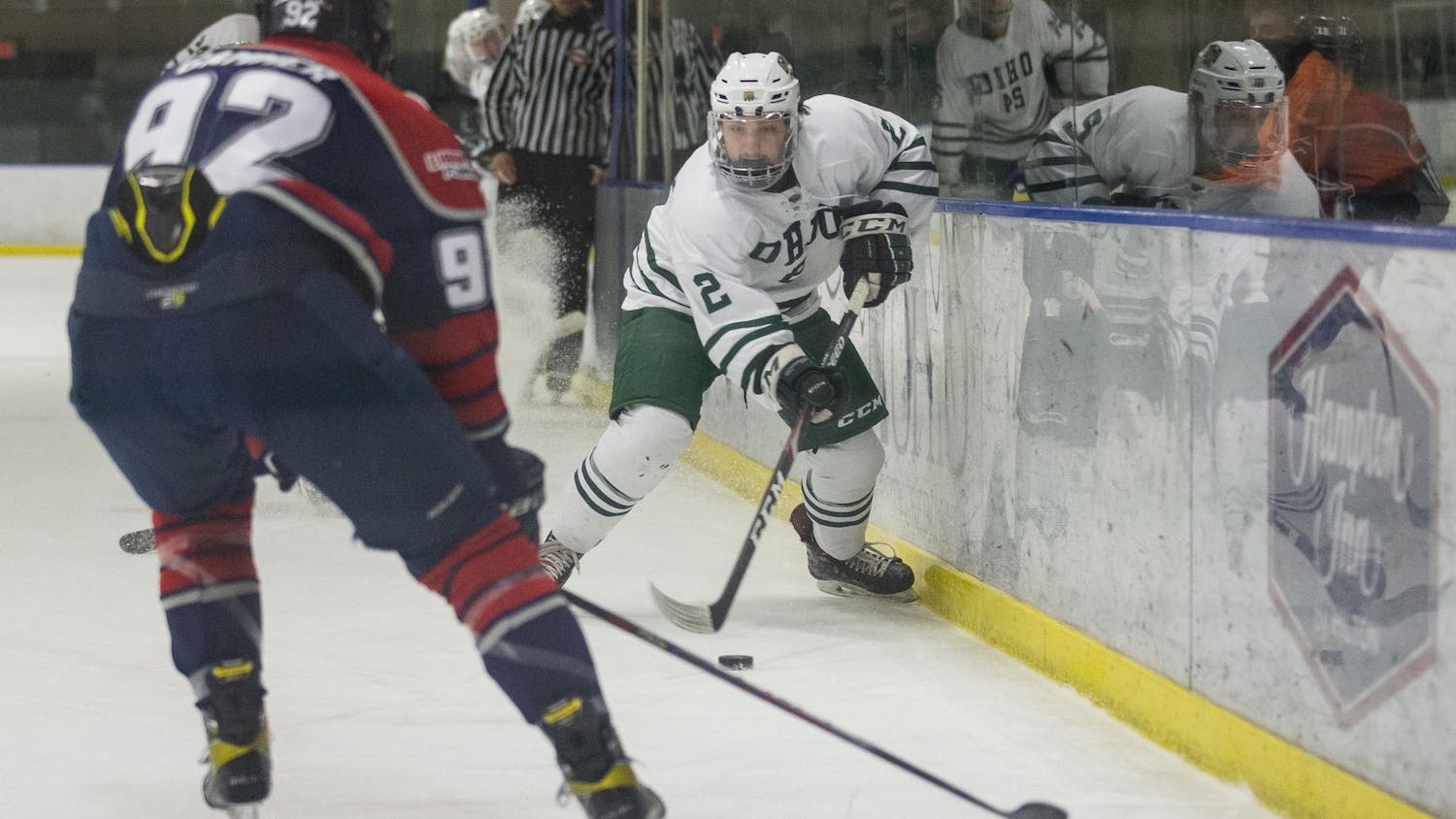 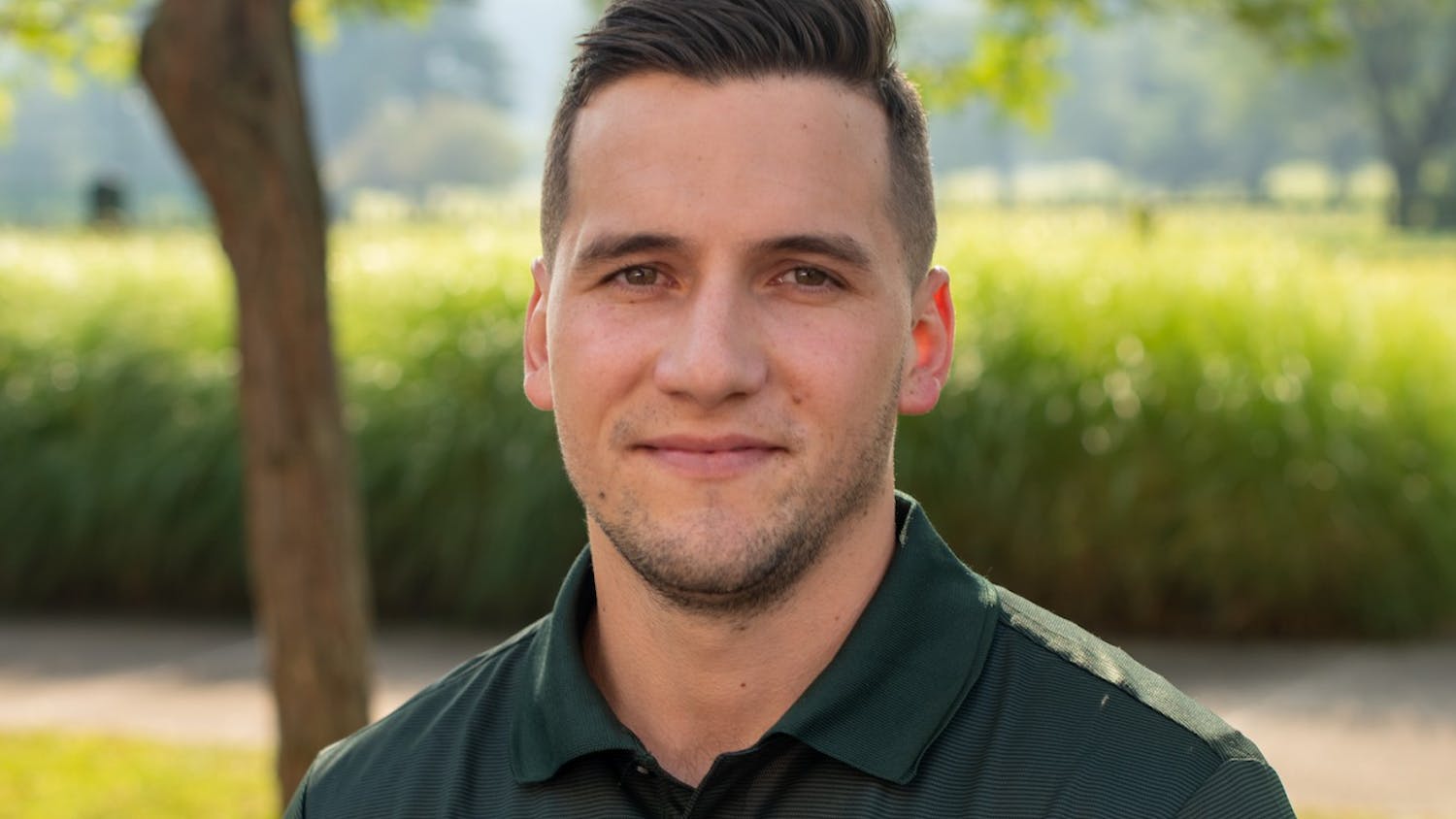 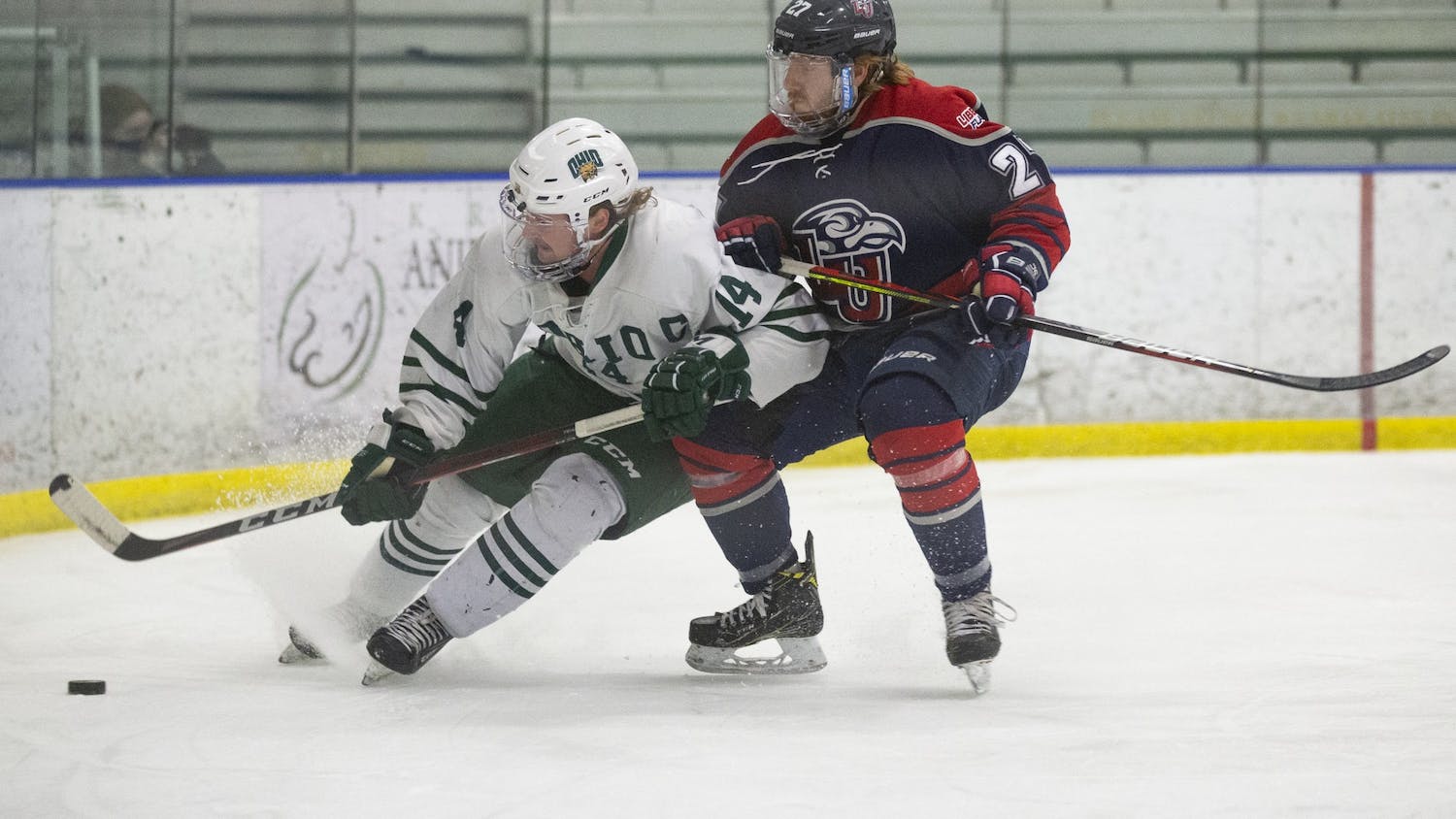