With 18 seconds to go in the fourth quarter, Cece Hooks committed her fifth and final personal foul of the day. The senior had left everything on the court, as she scored 35 points and snagged eight rebounds. It was a tough pill to swallow on senior day, and it was only made more painful by an 88-77 loss to Akron.

Ohio packed its starting lineup with seniors in honor of their second-to-last game inside The Convo on Saturday afternoon. The moment of unison was classy, but it slowed the Bobcats down on defense. The Zips shot off to an eight-point lead within the first three minutes of the game after they won the tip off.

The Bobcats were slow on the jump. The Bobcats either counteracted their own rebounding, or were beat by the Zips. Ohio historically limps on defense, and it was dragging its leg on Saturday.

Akron capitalized on that. Jordyn Dawson racked up 24 points and drew eight fouls. Dawson has not scored fewer than 20 points in a game since late January, and she didn't end her streak against the Bobcats. The third-leading scorer in the Mid-American Conference got her way with Ohio.

On the other hand, Ohio was not productive on offense. Aside from Hooks and Erica Johnson, none of the Bobcats scored more than nine points. The lack of production coupled with shoddy defense burned Ohio when it finally earned a lead in the second quarter. It lost the lead soon after halftime.

“We were behind from the beginning,” Ohio coach Bob Boldon said. “We never got going the way we can get it going (and) we couldn’t put together stops on the defensive end.

Akron has the second-best team field goal percentage in the MAC, but on Saturday that didn’t matter. Both teams went 29-of-61 from the field, and it was free throws that gave the Zips an edge.

Akron went 22-of-26 on free throw attempts and was led by Dawson. The Zips simply used the Bobcats’ loose eyes and arms on defense to their advantage. Free throws made all the difference Saturday.

Neither team excelled from 3-point range. Both Akron and Ohio shot 33% or worse from beyond the arc. However, Akron had speed that Ohio could not keep up with. The Bobcats were unable to keep their spots and could not force tough shots because of it.

“I thought offensively, (the Zips) did a nice job of moving people and moving the ball,” Boldon said. “We could not quite get them under control.”

Akron found its stride and ran to the winner’s circle. In doing so, it hurt Ohio’s chances at a trip to the MAC Tournament.

Saturday’s loss knocks Ohio into seventh place in the MAC. While it may be able to file in as one of the remaining seeds for the MAC Tournament, Ohio might miss the tournament all together if it is unable to string wins together before the end of the regular season.

Ohio’s seniors may not have earned a victory on their day, but they still have a final chance to win in The Convo before it is all said and done. The Bobcats still have two more regular season games — one of which is at home.

The senior class is still missing one thing on its trophy shelf: a MAC Championship. 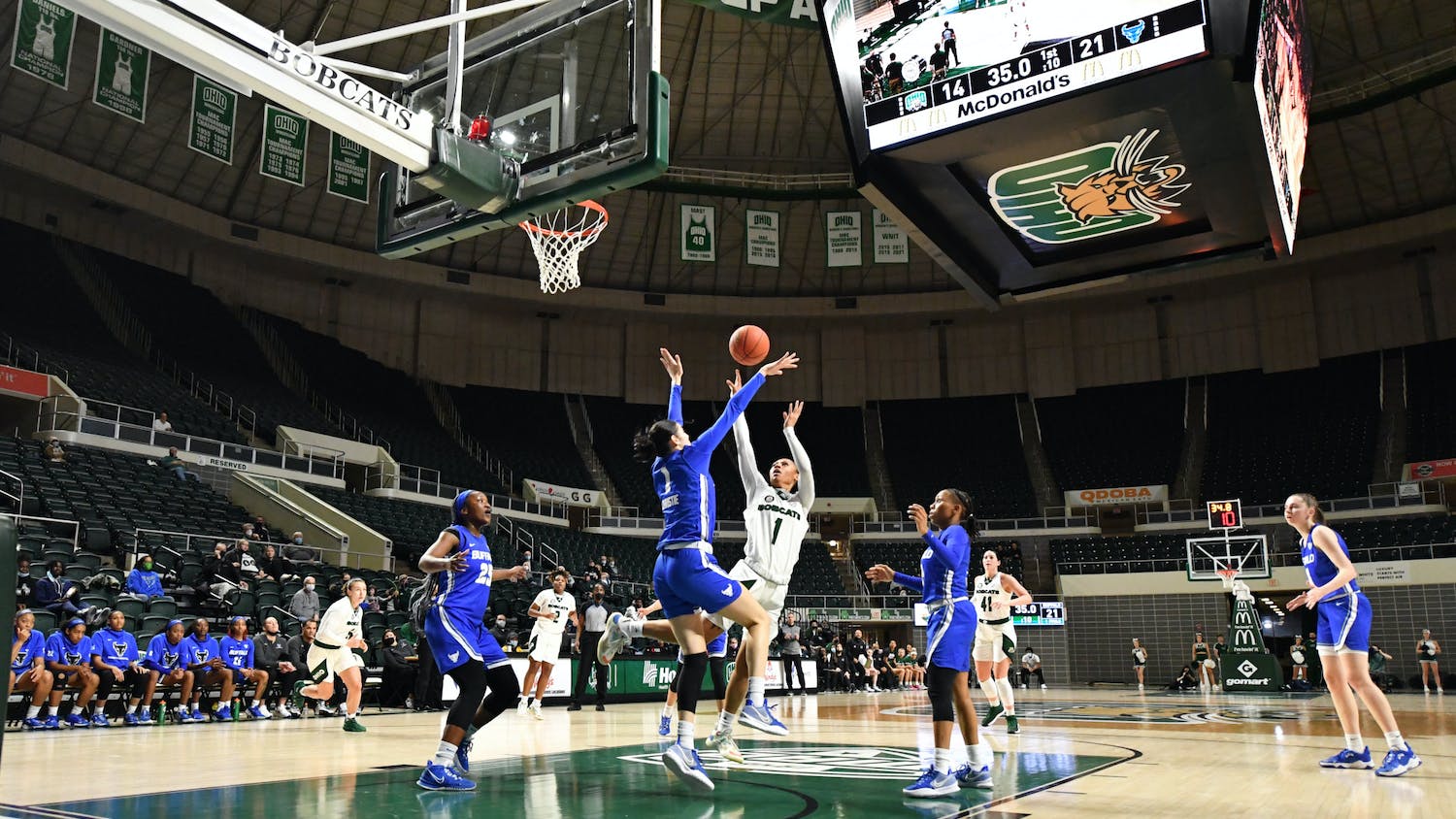