Ric Sheffield never had any intention of writing his book “We Got By: A Black Family’s Journey in the Heartland.” Nonetheless, the professor emeritus of legal studies and sociology at Kenyon College began to write down his family’s stories when he couldn’t visit his mother in the summer of 2020.

“We were in the midst of a pandemic,” Sheffield said. “It changed my life in particular because my mother, who was at a nursing home at the time, was failing. And for part of that time, I couldn't see her because everything was shut down.”

Sheffield said he realized he might never see his mom in person again and thought about all of the wonderful stories of her life that could be passed down generationally. And when the editors of The Ohio State University Press read the stories, it brought one of them to tears.

“If you can move someone who doesn’t know your family at all, it means they don’t have to know these people,” Sheffield said. “It’s not about celebrities. It’s not about people who have been in history books. It’s just about regular folks, but their life experience can be such that people relate to it.”

Storytelling can be a powerful tool to get people to listen about the lives of people who are purposefully disregarded and go unnoticed in history and regions of the U.S. An upcoming conference put on by the Central Region Humanities Center called Black Life in the Ohio Valley will bring visibility to Black experiences in this region, which stretches across Ohio, Indiana, Illinois, West Virginia, Pennsylvania, Kentucky and Virginia. From Sept. 9 to Sept. 10, anyone can attend the conference and listen to all of its speakers for free in Baker University Center Theater.

The keynote address of the conference will be delivered by Sheffield on Sept. 10 at 11 a.m. His address titled “Diversity in the Heartland: Exploring the Growth and Impact of Rural Diversity Upon Ohio’s Small-Town Cultures and Characters” has ties to the theme of his book. Sheffield’s book shares his experiences of what it’s like growing up in a predominantly white rural community in Ohio. Part of his experience includes consistently having been the only student of color in his classes.

“I’m going to talk a lot at this conference about discomfort and how white people, in rural America in particular, are really uncomfortable with racial concepts,” Sheffield said. “They think it doesn't really apply to them.”

There are people who will question if any Black people live in their rural and small towns in the United States, Sheffield said. And this is an example of invisibility that Sheffield discusses in his work.

“There are almost no places where there has been no Black people, but at the same time that’s an invisibility,” Sheffield said. “But I can assure you that when I go to the grocery store in Mount Vernon (Ohio), I’m noticed. It's so rare for them to see someone who looks like me, so that’s why I talk about invisibility and hyper visibility at the same time.”

Katherine Jellison, a history professor and the director of the Central Region Humanities Center, is the primary organizer of the conference. The inspiration of the conference’s topic, Jellison said, is a combination of national events and a spike of interest in Ohio’s history. In February of 2020, a conference hosted by the university focused on Ohio’s settlement and was organized by associate history professor Brian Schoen.

After protests erupted following the police murder of George Floyd in the summer of 2020, Jellison said it was important to show that members of the university “care about Black life” and to show that “it does matter.”

In January of 2022, OU revived the Central Region Humanities Center, which was created in 2001. In the first month of the center’s revival, Jellison threw out the idea about the conference’s topic.

“One of the first examples I threw out there to this advisory committee was, ‘Why don’t we think about as a theme Black life in the Ohio Valley?'” Jellison said. “Everyone loved — everyone was so enthusiastic.”

Tee Ford-Ahmed is an advisory board member for the Central Region Humanities Center and is excited about the relaunch of the center and its mission.

“It hopes to serve as a … facilitator for understanding through research and education and public programs about the region, especially the Appalachian region in which we live,” Ford-Ahmed said.

The new launch, Ford-Ahmed said, is examining freedom and slavery in the 19th century. Ford-Ahmed is also the communication and media director for the Mount Zion Baptist Church Preservation Society and said the conference and the center’s topic focus ties directly into the work that is being done to preserve the church.

Mount Zion Baptist Church “is a Black church built by free born and enslaved Africans in the late 1800s,” Ford-Ahmed said. “And that building is one that we’re trying to preserve right now.”

The Central Region Humanities Center, while providing educational opportunities, was also able to provide student internships in March of 2022, Ford-Ahmed said. The center will be offering internships again next semester with financial assistance.

“So I think for a new center, just starting with a big conference (and) starting the internship, we’re not doing bad,” Ford-Ahmed said.

The Black Life in the Ohio Valley Conference is an opportunity for people to expand on what they already know, break down traditional and stereotypical ways of thought and listen to important stories. Sheffield wants to impact people through storytelling and bring awareness to diversity that exists in rural areas of Ohio.

“You can't know your community unless you know others,” Sheffield said. “If all you do is study the traditional stuff, how can you say that you understand your community, or even yourself?” 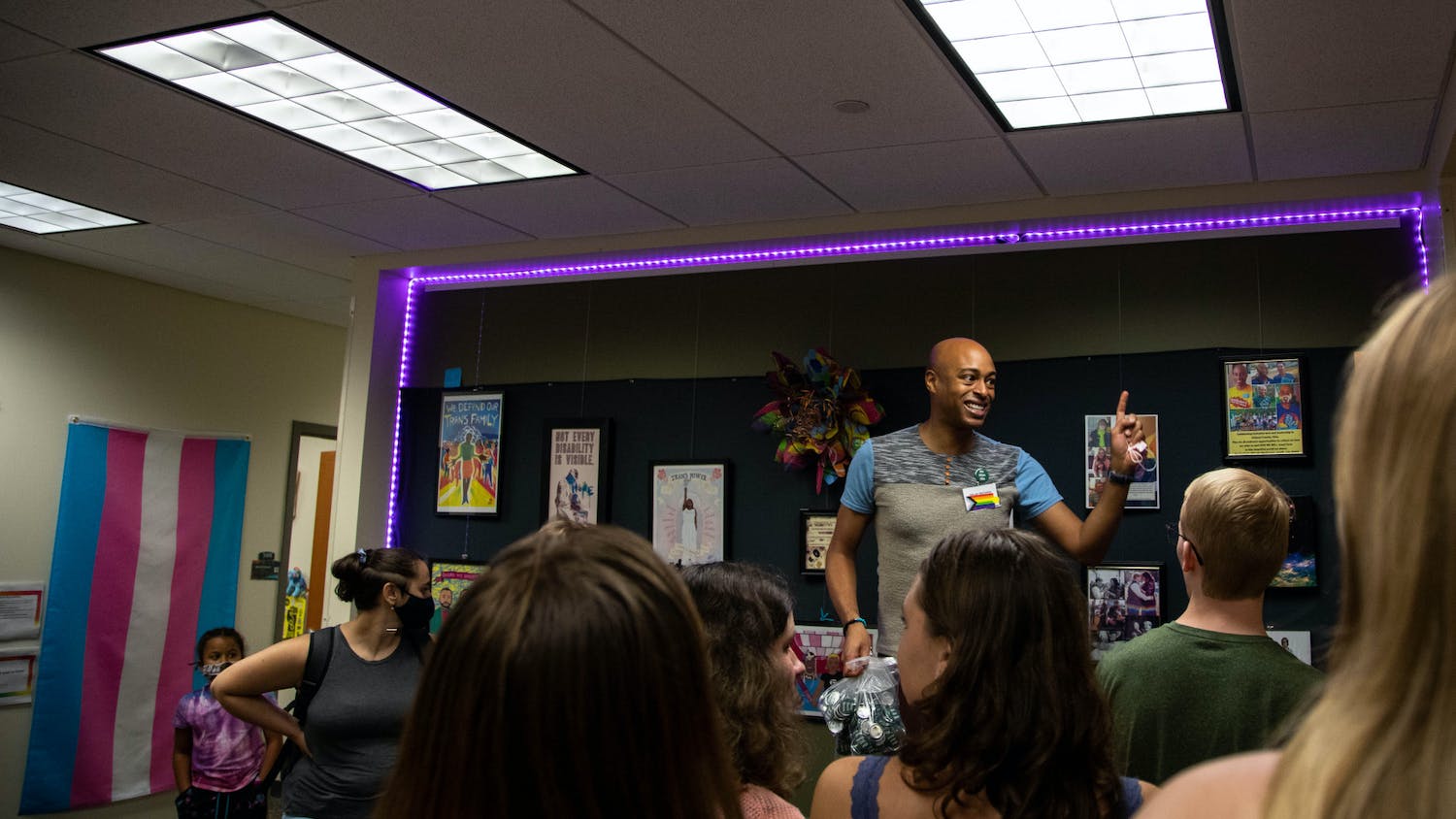