Each week, the Sports editorial team selects its Top 25 Division I college football teams for the Student Media Poll.

The SMP is a nationwide poll featuring 122 student journalists from all Football Bowl Subdivision conferences. There are voters from 69 different schools across 34 states.

The Post Sports will break down its ballots each week. Here are the top five, those it kicked out of the Top 25 and those it added:

Georgia allowing Kent State to score 22 points in Week 4 may not have been enough for the Associated Press to knock it out of the No. 1 spot, but it was enough for me. Kent State more than doubled the points that Georgia allowed in the first three weeks of the season. I know not every game can be a great one, but as I've probably said before, I expect more from the No. 1 team.

Alabama put up 55 points on 3-1 Vanderbilt, which is not all that spectacular for Alabama, but I believe it did better than Georgia this week, which is why it took my top spot over the Bulldogs.

Honestly, I didn't give Ohio State enough credit this week. I went back and forth on where to rank the Buckeyes this week and almost put them at No. 1. They had a great game against Wisconsin and were unstoppable in the first half. However, the Buckeyes started to slow down in the fourth quarter Saturday, so I ultimately decided to leave them at No. 3.

Michigan is making itself at home in my No. 4 spot, as it has been there all season. Unless it loses sometime soon, Michigan will probably stay there.

Clemson made its way back into my Top 5 this week after it beat Wake Forest 51-45 in overtime. It was a very competitive game, and I was impressed that Clemson found a way to get the win. Also, it helped that my previous No. 5, Oklahoma, lost to Kansas State Saturday 41-35.

I added a few new teams to my Top 25 this week because I struggled with whom to rank Nos. 20-25. Many of the teams I previously had in those spots either lost or moved up, so there were a lot of gaps to be filled.

Kansas took spot No. 23 in my poll after moving to 4-0 this season. It defeated a handful of decent opponents this year, including West Virginia and Houston on the road, and one can argue that I probably should have had the Jayhawks ranked sooner.

Next up in my No. 24 spot is Minnesota, who has also started the season 4-0. Its most recent win came against Michigan State, and it was a good one. Minnesota shutout Michigan State for three straight quarters while scoring 24 points of its own.

Finally, Kansas State entered my poll at No. 25 due to its 41-34 upset at Oklahoma. However, it has a couple of tough games ahead against Texas Tech and Iowa State.

Florida was already grasping at straws at the bottom of my rankings in Week 3, so after its loss to Tennessee Saturday, it dropped out completely. It was a close game against a Top 15 team, but a loss still means that it drops.

Texas dropped out of my rankings for the same reason: it lost. However, it lost to Texas Tech, an unranked team. To be fair, Texas Tech is still a good team, despite not being ranked.

Appalachian State, who was previously No. 18 in my rankings, also lost on Saturday to James Madison. James Madison is 3-0, but App State gave up a 28-3 lead, which is hard to forgive. Just ask the Atlanta Falcons.

My Top 5 once again stays the same, and as I have said previously, it will continue to do so until one of these teams loses. These five teams have also benefited from some of their top competitors, like Notre Dame earlier this season and Oklahoma in Week 4, dropping a game or two.

After Alabama and Ohio State, who won handily in their respective conference openers, it was a tough week for the Top 5.

Georgia struggled more against Kent State than it had all season, Clemson needed overtime to beat Wake Forest and Michigan let Maryland hang around, only winning by a touchdown. I don't think any of the three played poorly enough to drop out of the Top 5, but for at least Clemson and Michigan, an undefeated USC is waiting to pounce on a potential mistake.

Washington was right on the doorstep of the Top 25 last week, and after a comfortable win over Stanford, it definitely deserves its place. The Huskies are in the midst of an impressive turnaround after a disastrous 2021 season, largely thanks to new head coach Kalen DeBoer and Indiana transfer quarterback Michael Penix Jr., who has been one of the best transfer additions of the season.

Kansas State enters the poll after an upset over Oklahoma. In retrospect, the upset shouldn't have been a surprise, as Kansas State has now beaten Oklahoma three times in four tries under Chris Klieman. The Wildcats also have an excellent transfer quarterback in Adrian Martinez, who accounted for five total touchdowns against the Sooners.

James Madison, in its first season in the FBS, is now 3-0, and came back from being down 28-3 to beat Appalachian State in Week 4. The Dukes could compete for a Sun Belt title in their first season after moving up from the Football Championship Subdivision and have one of the most impressive wins in the Group of 5 this season.

After the aforementioned loss to James Madison, App State drops out of the Top 25. The Mountaineers are in a strange situation, in which they could easily be either 4-0 or 0-4, so 2-2 feels about right. Even though they are no longer in the Top 25, they are certainly still one of the best teams in the Group of 5.

The next two teams that dropped out of my Top 25, Florida and Wake Forest, are a bit unfortunate, as they both lost one-score games to opponents ranked above them, but room had to be made for teams that won this week. Either the Gators or Demon Deacons could get back into the Top 25 in short order, but for now, they remain just outside.

My Top 5 is the same as last week. Despite struggling against Kent State, Georgia remained at the top of my poll because I believe it has played better than Alabama overall this season.

Alabama finally took on a Southeastern Conference opponent, which was nice to see, and it won considerably. Vanderbilt isn't known for its football program and that was reiterated when Alabama stole a 55-3 victory in Week 4.

Ohio State also took on a conference opponent last week. It wiped out Wisconsin 52-21 to continue its undefeated season. Ohio State hasn't moved up on my poll because it doesn't have the strength of schedule that Georgia and Alabama do.

Michigan and Clemson also took home wins. However, I do not feel that either are as dominant as the top three.

After quick hiatuses, both Florida State and Texas A&M have found their way back onto my ballot. Florida State is now 4-0 after defeating Boston College, which was a quality win. Texas A&M also had a quality win over fellow SEC opponent Arkansas. However, it wasn't a big spread.

Minnesota moved to 4-0 after annihilating Michigan State. Minnesota has been nothing short of excellent this season. It hasn't allowed more than 10 points in a game to an opponent and even shut out New Mexico State.

None of these teams fared well in the start of their respective conference play. The quality of football from these three teams has been questionable as well. They've hung around on my poll because they've performed well in past weeks, however, Week 4 put them over the edge. 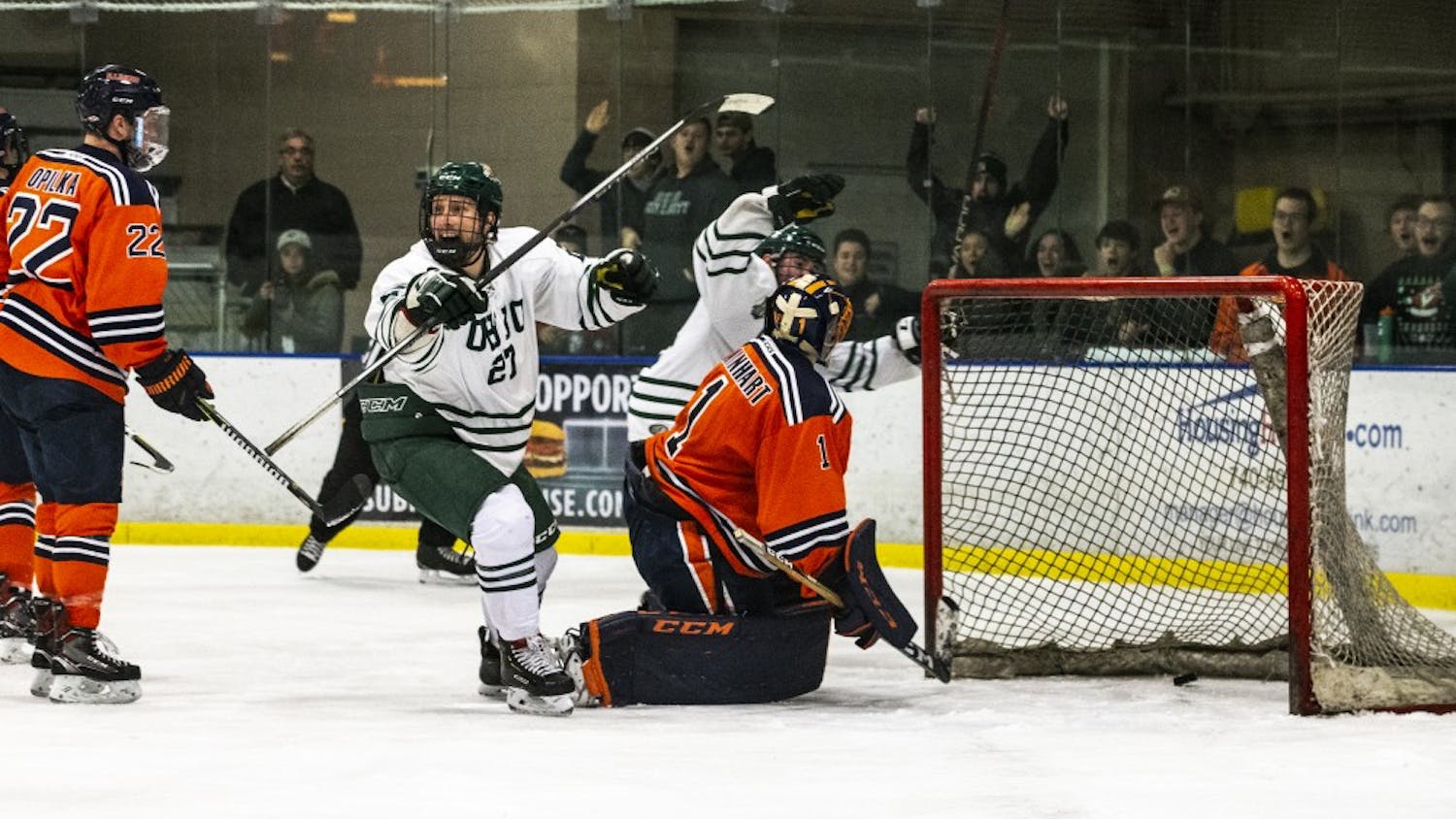