The exclusion of women in American baseball dates back to the sport's development into a major industry. Yet, women have been playing the nation's favorite pastime since its founding.

The National Baseball Hall of Fame said women's "long" ties to baseball began in the mid-1800s, and the first organized women's team was formed at Vassar College, back when it was an all-women's university.

In 1931, 17-year-old Jackie Mitchell, one of the first women pitchers in professional baseball, signed a contract with the Chattanooga Lookouts, a men's minor league team. The Lookouts played against the New York Yankees in an exhibition game, and Mitchell struck out Hall of Famers Babe Ruth and Lou Gehrig. According to the National Baseball Hall of Fame, some people believed the strike-outs were staged. Mitchell always told skeptics that her talent sent both the famous baseball players back to the dugout.

One week after the game, the Lookouts commissioner "nulled and voided" Mitchell's contract, which started the ban of women by Major League Baseball until 1993.

Akisa Fukuzawa has stayed dedicated to finding out why women aren't welcome in professional baseball. Fukuzawa is from Tokyo, Japan, where she started her first women's baseball team in the 1980s.

"There was less than a handful of women's college teams, but there was a league and we started playing with other girl's teams," Fukuzawa said.

After college, Fukuzawa noticed very few opportunities to receive sports administration and management degrees in Tokyo. When she found programs in the U.S., Fukuzawa realized she could learn why women don't play in major league baseball.

Fukuzawa was accepted into the Ohio University sports administration and management graduate program. After taking English classes, the first question Fukuzawa asked her professor was: why are there no women's baseball teams?

Fukuzawa also said her professor's response was "not a good enough answer." After 30 years of playing baseball, her dedication to the sport hasn't worn down.

The same professor who provided the insufficient answer helped Fukuzawa get an internship with the Colorado Silver Bullets in 1995. The Silver Bullets were a women's baseball team that played from 1994 to 1997. They played professionally against men's teams, including those in the minor league. But after their sponsors pulled out, Fukuzawa said she had to go back to square one where there were no women's professional teams.

During Fukuzawa's internship, she said a player she interviewed told her the men players would come up to the women's team while they were warming up and threaten them sexually.

In 2008, Fukuzawa formed her second team, the Columbus JetStream. After living in Washington, D.C., for some time, she and her husband moved to Ohio. There was another women's team that also formed, and the two were able to play each other.

"We got together and then practiced every Sunday and we lasted eight seasons," Fukuzawa said. "But at the end there (were) only a few of us left."

The Columbus JetStreams played in Chicago and New York City because there were a couple of women's leagues.

When Fukuzawa coached her son's baseball team, she was the only woman among a group of men. Her dedication to the sport revealed itself in various ways; this time, her passion led her back to OU for her PhD.

Fukuzawa is getting her PhD through the Individual Interdisciplinary Program and specializes in Japanese; women, gender and sexuality studies and history. In her research, Fukuzawa is trying to find the answer to her ultimate question. Traditionally, baseball is a male-dominated sport and softball is women-dominated. But Fukuzawa found that Little League Baseball was sued by Maria Pepe, one of the first girls to play in the league since the 1951 ban. According to the National Baseball Hall of Fame, the U.S. Supreme Court ruled that Little League must allow girls to try out. Out of that ruling came Title IX.

"They open up but at the same time they open up a new league called Little League Softball," Fukuzawa said. "So they purposefully funneled the girls who are interested in playing baseball (and) directed them to feed into the softball."

Fukuzawa said that softball is also a different sport than baseball, and some people prefer baseball over softball and vice versa.

"Some men want to control how things operate, and then women try to come in and they just don't like it," Fukuzawa said. "So they will do whatever it takes to not include us."

Fukuzawa continues her mission of answering why women aren't welcome to play baseball in American culture. She has boiled part of it down to misogyny. While Fukuzawa seeks the full truth, she is starting another women's baseball team at OU. 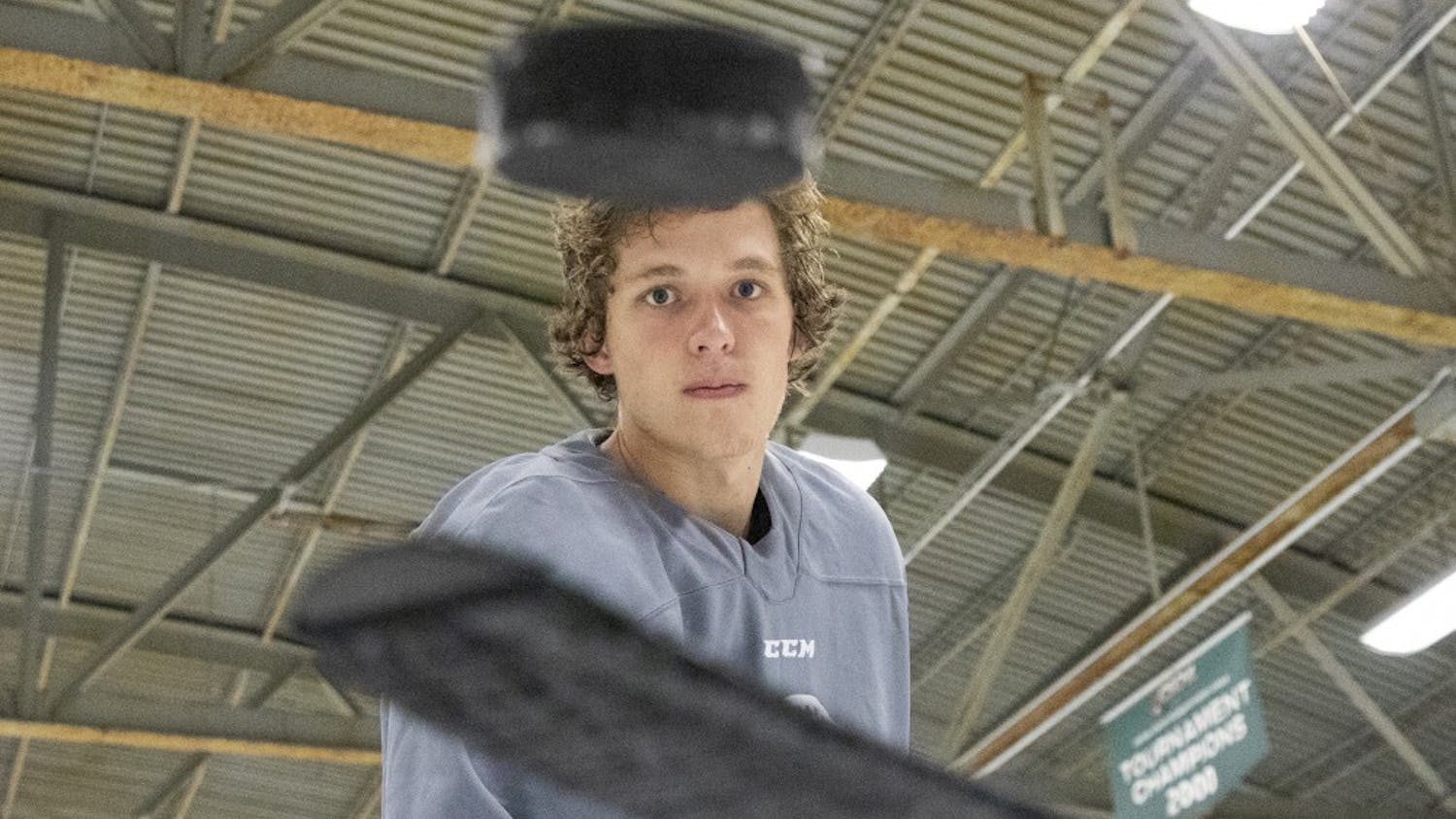 Hockey: Sam Turner is optimistic about his and Ohio's future