Ohio made quite the impact in the 44th iteration of the Navy Classic. Not only did Alec Hagan take home the title in the 149 weight class, but the team placed seventh overall. Ohio put an early stamp on the season against some of the top programs in the country as well as some familiar foes.

Here’s how Ohio did at the Navy Classic this weekend:

The Bobcats had two competitors in the 125 lb class in Tommy Hoskins and Oscar Sanchez. They both fared poorly in their opening match but went to the consolation bracket in attempt to salvage some points for the Bobcats. Hoskins was unable to defeat his opponent in the consolation bracket, ending his day early. However, Sanchez not only defeated one opponent, but also the next opponent to move into the fifth-place match. Attempting to avenge Hoskins’ loss to American’s Maximilian Leete, Sanchez came up short, settling for sixth place in the bracket.

Freshman Paul Woo was the only representative for Ohio in the 133 lb weight class, as Giovanni DiSabato sat out the competition. DiSabato placed fifth in this bracket at the Navy Classic last season, but Woo lost in the regular bracket in convincing fashion before doing the same in the consolation bracket.

The 141 lb class was uneventful for the Bobcats as their lone wrestler, Aidan Waszak, did not place. However, the 149 lb class was much better. Graduate student Alec Hagan and freshman Derek Raike represented the Bobcats and made quite the impression. Hagan started off by defeating both of his first two opponents by a 4-0 decision. The next competitor was ousted by Hagan in a 5-0 decision, and he made his way into the finals with a 7-1 victory over Kent State’s Kody Kamara.

After receiving a bye in the first round, Raike dispatched a Michigan State wrestler, as well as a pair of Lock Haven wrestlers, to make his way to the finals against his teammate. In the match between the two Bobcats, Hagan emerged victorious. He not only won the bracket but picked up his 100th career victory along the way.

Finally, Peyten Kellar made his way through the bracket after a bye in the first round. Two wins meant that he would face Robb, and he would become the second Ohio wrestler to fall to the eventual champion. Kellar did rebound in the third-place match to claim his spot on the podium.

Jordan Slivka was Ohio’s lone representative in the 165 lb class, but he still made his mark. As the second-seeded participant, he steamrolled his way to the finals against the top-seeded Enrique Munguia from Kent State. Although Munguia took home the top spot in the bracket, Slivka earned second.

The next bracket was one where Ohio hoped to make up some ground in the overall tally. Having fared pretty well to that point, the thought was that a strong outing in their final two brackets would allow them to return with a solid showing. Sal Perrine, one of two Ohio wrestlers who made it to the NCAA Tournament last season, quietly made his way to the semi-finals. He lost to Nebraska’s Elise Brown Ton. However, Serrine made sure that would not put a negative spin on his day, getting to third place by winning his final match of the day.

In their final bracket, Ohio found a way to place. Zayne Lehman won his first match following a bye before falling to the consolation bracket where he got all the way to the seventh-place match. He ultimately won that match to claim seventh place for Ohio. 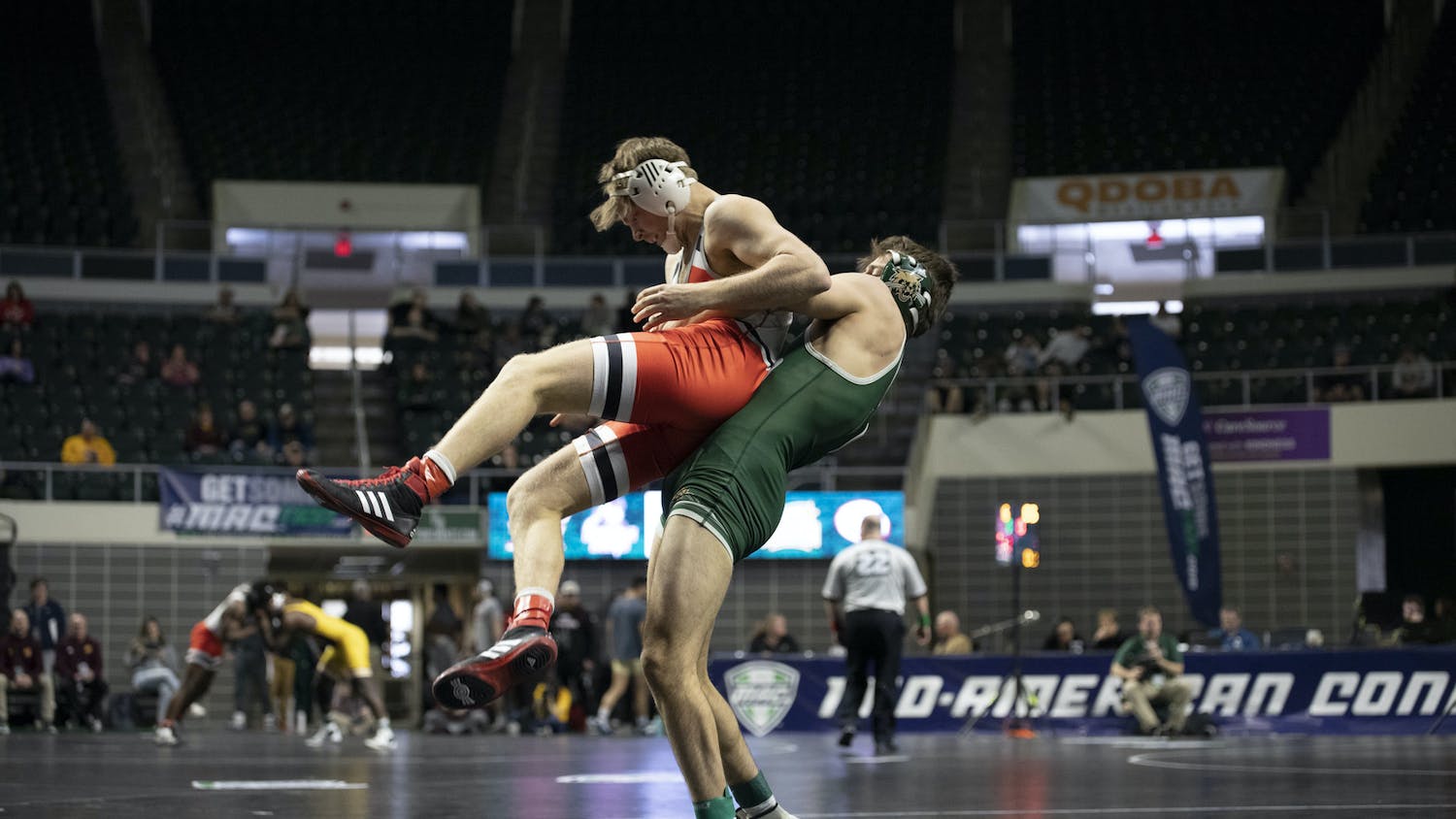 Wrestling: Ohio in 9th place after first day of the Mid-American Conference Championships