Ohio got out to a big lead Friday, and it paid off.

The Bobcats scored seven goals in the first two periods and used each one to secure an 8-4 win against No. 35 Drexel. After one period, it seemed like the game was all theirs, but the wheels started to fall off shortly thereafter.

Ryan Higgins set the tone by scoring the first goal on just Ohio’s second shot of the night. Just like that, Ohio had a 1-0 lead 1:23 into the game.

Even though they didn’t score again until much later, the Bobcats still controlled the puck for the majority of the first period. They never let the Dragons hover in front of the net or goalie Justin Damon for more than a few seconds. Anytime the Dragons had the puck, the Bobcats were all over them.

The game stayed that way until Aiden Grieco and Phil Angervil added back-to-back goals within seconds of each other with around five minutes to play in the first. Grieco’s goal came on an assist from John McLaughlin, while Angervil’s came on assist from the American Collegiate Hockey Association’s top point scorer, Luc Reeve.

“He actually told me to stay behind him,” Angervil said. “He won it back to me just like he said, and the rest was history.”

Angervil had an assist of his own in the second period, sending a pass to Andrew Wells for Ohio’s fourth unanswered goal. Angervil, who was ineligible for the first half of the season, has already scored two goals and four total points in five games back.

“He brings a lot of energy into the room, and throughout the week is someone that's always upbeat, happy to be here and works hard,” Ohio coach Lionel Mauron said. “In games he can create a lot of offense. He's got a way of finding the back of the net.”

When the Dragons scored their first goal with around one minute remaining in the second, the Bobcats still held a five-goal lead thanks to two more goals from Ryan Leonard and Andrew Sacca. However, Reeve wanted to see the Bobcats back up by six and scored a shorthanded goal with 12 seconds left in the period.

However, the Bobcats grew tired in the second period and started to play a different game than the one they had played in the first. They committed more penalties, including a major penalty for roughing from Laker Aldridge.

Their problems only grew in the third period, and the Dragons took advantage. They scored three goals in the third, compared to the Bobcats’ one, but thanks to the lead they obtained at the beginning of the game, the Bobcats were never in any real trouble. They were able to hold on until the end.

Ohio’s win Friday was its 20th of the season, and it got to that milestone much faster this year than it has in the past. Lucky for the No. 3 team in the ACHA, it has a lot of time to earn more. 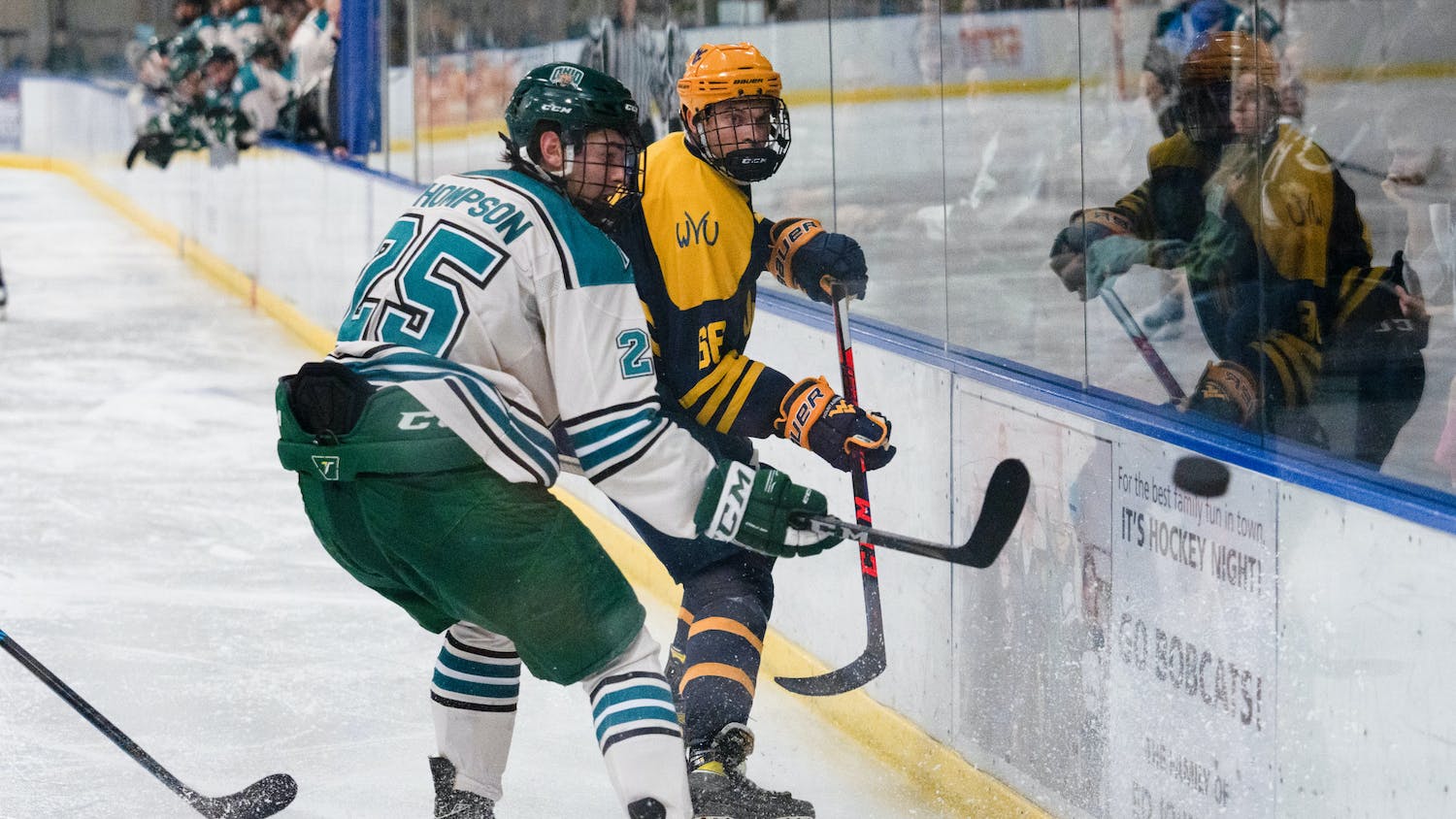