Senior Miles Brown moved around The Convo with ease on Saturday. He glided past Central Michigan’s defenders as if they weren’t even there. Brown ended the night with a career-high 27 points, 23 of which he scored in the first half.

Brown had already scored 24 points earlier this season when Ohio suffered a close loss to Buffalo. He made 4-of-7 3-pointers in that game.

On Saturday, Brown’s 3-point performance propelled him toward the same margins. Brown made 6-of-9 from beyond the arc and set a new career high of 3-pointers made in a game with six.

Brown also rewrote his career-high for field goals made in a game. He made 9-of-12 against the Chippewas. His previous high was seven, which he’d achieved in multiple games.

“My teammates were just finding me,” Brown said. “I was letting the game come to me. I try not to force anything, just play the game the right way, and my shots will come to me eventually. That’s what we did tonight.”

Brown’s performance was aided by Dwight Wilson III and Jaylin Hunter. Hunter spotted Brown in the corner a handful of times and Wilson fed Brown the ball from inside the paint. It was a strong team performance that led to an exceptional individual one.

“I got a lot of open looks. DJ’s a monster in the post, we know he’s going to draw a lot of attention down low, and guys are forced to double team him unless he’s going to score,” Brown said. “He did a good job not forcing anything (and) kicking it out while still being aggressive.”

Saturday was a great day for Brown, however he has been up and down all season. On Tuesday, he scored three points against Toledo. Brown tacked on the same number of points against Marshall in December, also. However, there have been times where Brown provided Ohio with the spark it needed. Over Thanksgiving weekend, Brown contributed 32 points in Ohio’s two games of the Bobcat Battle and was voted tournament MVP.

Brown averages the second-most points on the team with 11 points per game, just behind Wilson. Last season, Brown averaged the fourth-most points with 6.9 points per game behind the three-headed monster of Mark Sears, Jason Carter and Ben Vander Plas. Brown has been a solid guard for Ohio, but he hasn’t been able to hold the reins on his own until this season.

Now that Brown is point guard one, he’s stepped into his own. Ohio coach Jeff Boals didn’t worry that his point guard had a rough shooting performance before the Central Michigan game because he knew that Brown would bounce back. He wanted him to focus on leading the team, even if it meant scoring would come second.

Boals recognized Brown’s rejuvenated mentality against the Chippewas and applauded his ability to stick with his intuition.

“He was on fire and he was huge. He had 23 in the first half, and a lot of times in those situations, you’ll come out and try to force things in the second half and he didn’t do that,” Boals said.

Boals also noted Brown’s defensive performance. Not only did Brown find the net, but he also defended it with five rebounds and two steals. Brown is second on the team in steals this season with 25.

Saturday showcased that Ohio can rest easy with Brown at point guard, despite its ever-changing lineup. He’s a confident guard that is willing to score. 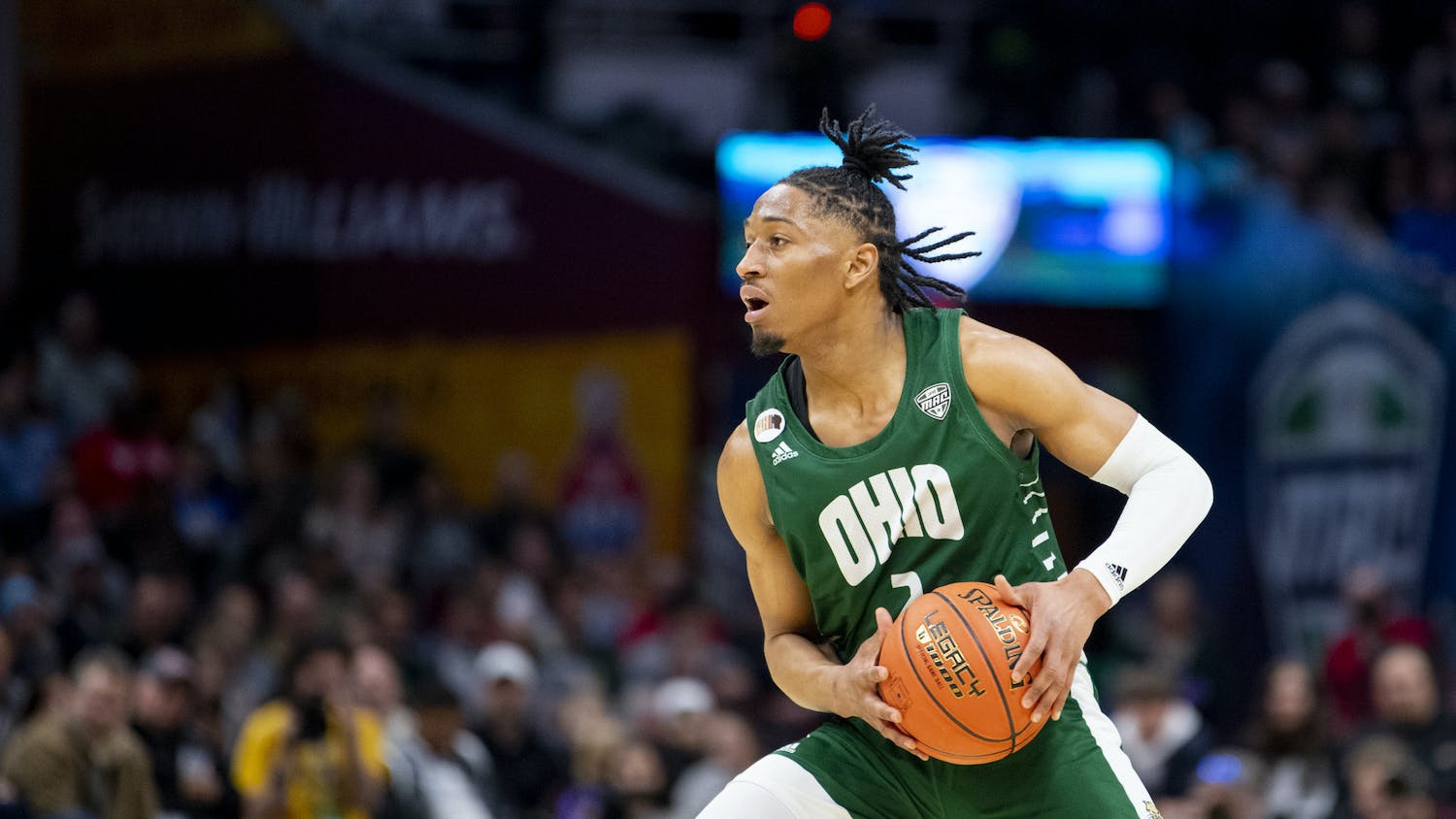 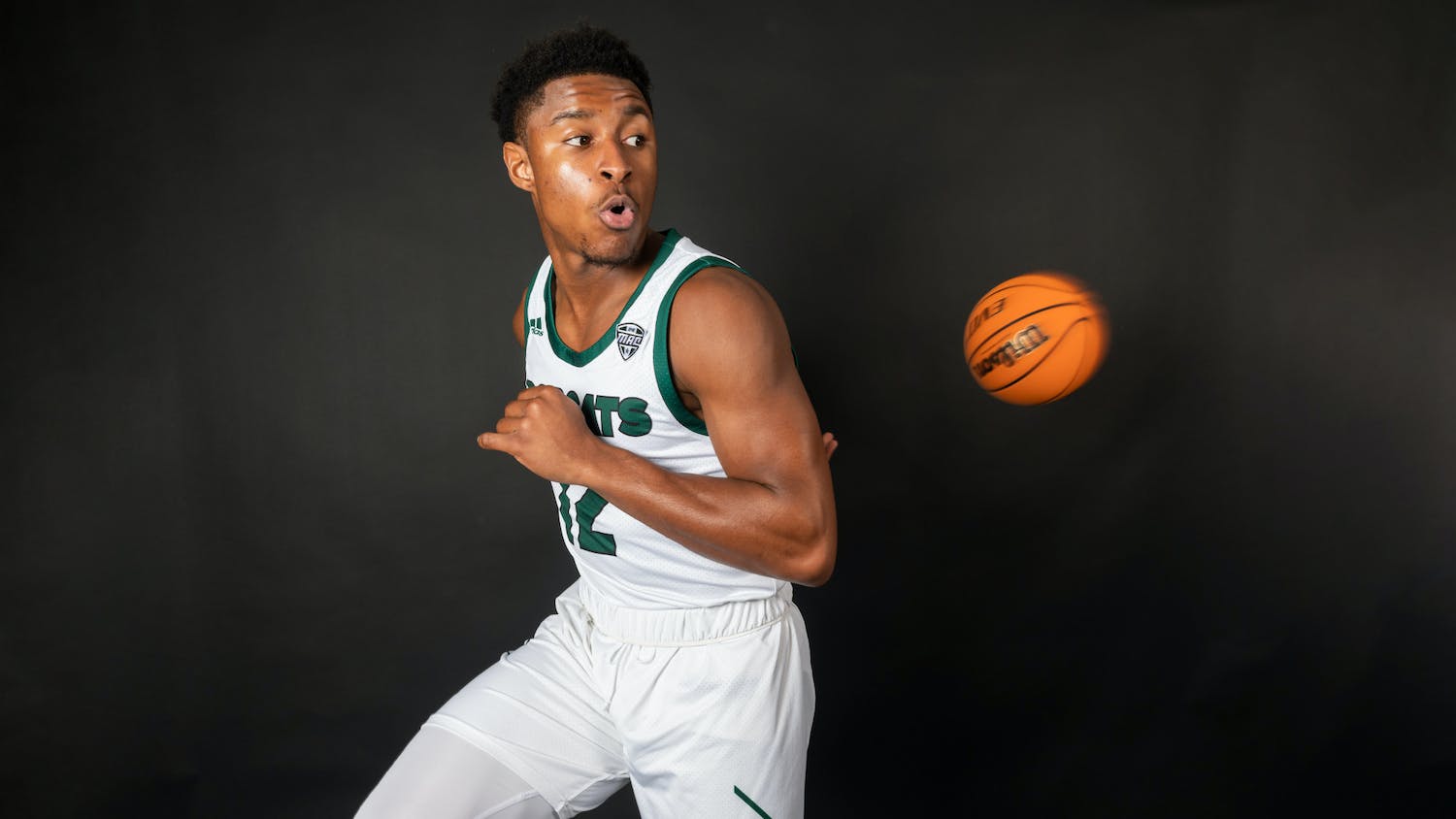