Wrestling: Ohio gets back on track in 27-18 win

After it suffered a defeat to Northern Illinois on Friday, Ohio returned to The Convo with a new jive for Sunday’s dual against Cleveland State. Ohio (3-6, 3-1 Mid-American Conference) recognized its mistakes and was ready for a do-over. It wanted a win, even if it meant it had to go down in a ball of fire.

“It was a real gut punch,” Alec Hagan said. “It really tested our team and we came in (Saturday) ready to work. We came out here and won those close matches that we lost to Northern Illinois.”

The Bobcats used the hurt from Friday to propel themselves to a 27-18 victory against the Vikings, which snapped their five-dual losing streak. The win was also Ohio’s third MAC victory of the season.

“We decided, ‘Hey, you know what, there’s nothing we can do about it,’” Ohio head Coach Joel Greenlee said. “We gotta turn it around and have some fun and be positive no matter what and it worked out well.”

With the exception of Slivka, who won 18-1 on a technical fall, all of Ohio’s victories came against opponents ranked in the Top 10 of their respective classes in the Mid-American Conference.

The Convo roared as Thompson picked up his second win of the weekend with a 9-1 major decision. The Bobcats fed off the energy from the crowd and their bench. Throughout each bout, the Bobcats encouraged each other from the sideline with enthusiasm.

“I think our guys really feed off the crowd,” Greenlee said. “That’s fun to have a group over there and they’re cheering (us) on.”

Greenlee noted that home meets are more comfortable for the team because they are able to follow their traditional routines. Rather than cutting weight in a hotel or practicing at someone else’s gym, they’re right at home.

The Bobcats’ comfortability showed on Sunday and it helped propel them to victory. All they needed was a fresh mentality to finish the job. 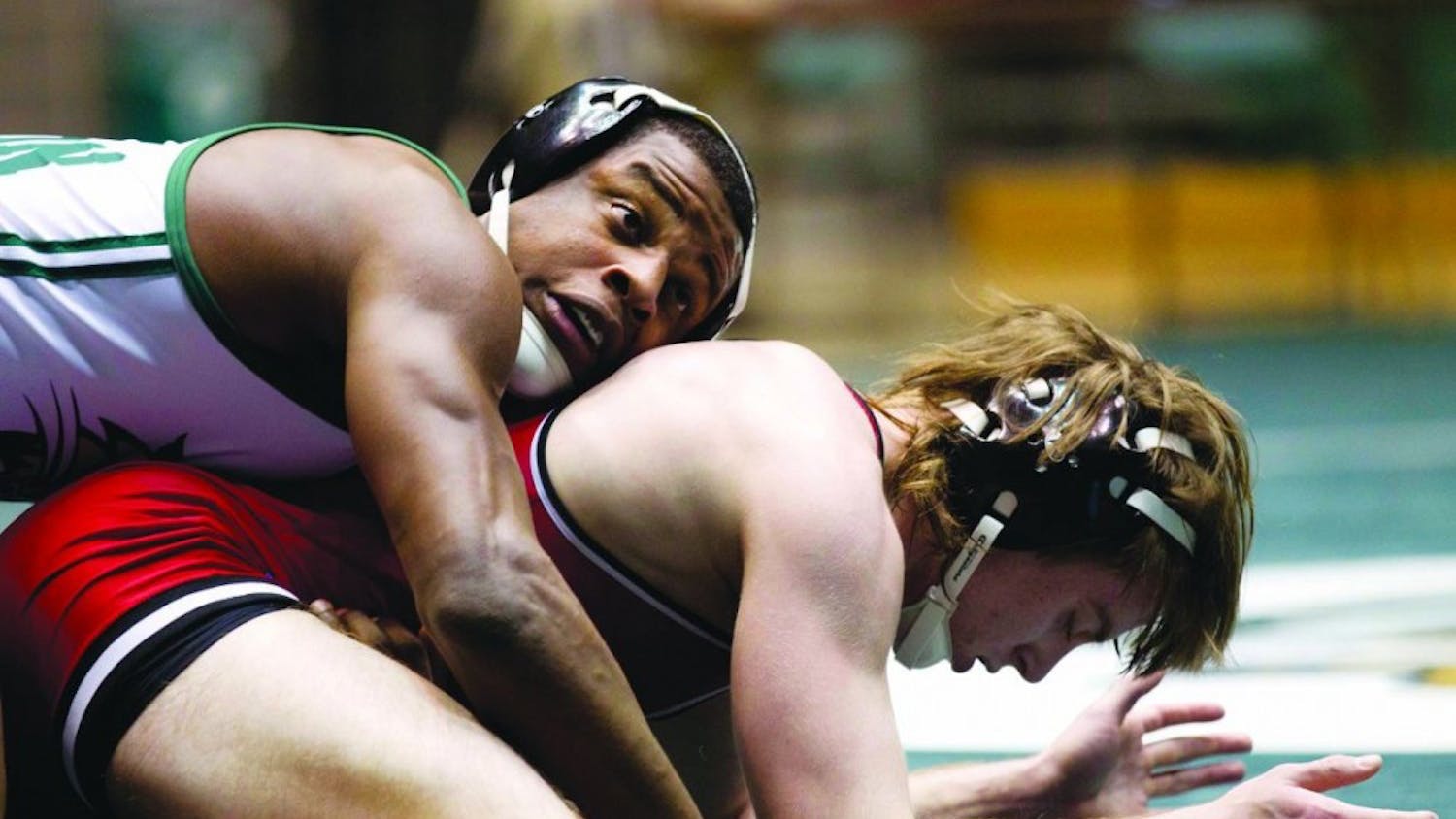 Wrestling: Filled with optimism, Ohio Set to Battle NIU and Buffalo this Weekend