'American Horror Story: Hotel' proves to be the one-man show we expected.

If Hotel was on Yelp!, it would have a -5 rating. That’s how bad this season of American Horror Story really is.

My expectations for Ryan Murphy were extremely high this season, because of the star-studded cast more than ever before.

I’m not some kind of Murphy-hater or cynicist. I’m just REALLY disappointed in the execution of this show. The potential was so great for the plot, and so far, it’s just a remake of Murder House. And WHY are all the episodes 90 plus minutes?! Sixty is plenty of time to be disappointed.

And here’s why: Episode 3. It’s even hard for me to make a comprehensive review of the show because it was so boring and disappointing.

“Mommy” starts off with Tristan (Finn Wittrock) trying to find our favorite little serial killer, James March (Evan Peters). March shows him another one of his little torture chambers, and Finn begs him to show him more. Hmm ... a little Dandy serial killer action in our midst? And with a practiced mentor. This sounds just like a twisted repeat of Freak Show.

The dreamy Will Drake (Cheyenne Jackson) is giving a tour of the scary unoccupied 7th floor when he finds Tristan in his room. He accuses him of being a squatter but notes that his scar is gone from his crazy baby-aspirin induced freak out. When Drake leaves, Mr. March wonders where he will live once his amazing torture floor is renovated. And, of course Dandy ... I mean Tristan, says he’ll take care of it.

This is where we learn the boring backstory of Detective John Lowe’s (Wes Bentley) wife, Alex (Chloë Sevigny). A tortured, sad childhood led her to be a nurse. Typical. She then loses her son, who she describes as the only person she’s ever truly loved. This scene was a lot of robe smelling and nothing else. We get you miss your kid and all, but STOP smelling his robe after he’s been gone for a while! On the one year anniversary of his death, she decides to slit her wrists in the bathtub, and John finds her. She doesn’t die. If I wanted to watch a cheap, sad drama I would look in the sewers of Netflix, Murphy.

The family, now in the present, are at some therapy session where Scarlett (Shree Crooks) insists she saw Holden (Lennon Henry) and that he smelled of lavender. Alex, who has been smelling his robe ever since his death, starts to believe her crazy ramblings (even though they are true). And the boring story continues.

We then see Claudia (Naomi Campbell) in her room talking to someone famous about something important. She goes to bed, and Gabriel (Max Greenfield) pops out of the mattress like a jack-in-the-box and strangles her. Claudia grabs an ice-pick — because, you know, an ice pick is a traditional self-defense weapon — and tries to stab him. Gabriel grabs the ice pick and kills her. Thank god. I hate Naomi Campbell.

John is then investigating another “10 Commandments” themed murder, which features journalists murdered for bearing false witness. Tongues are nailed to the desks and blood is everywhere. Some dumb comments are made, and I get even more disappointed than I was before. Like, really, can’t you make some deep, meaningful conversation, or is everything going to be a farce?

The scene then goes to Will Drake’s room where Tristan has broken in. A steamy, almost-sex scene ensues. Right when Tristan is about to kill Will, Gaga comes (out of nowhere, might I add) and shakes her head. The makeout scene is over. Thanks again for letting us down, Murph. Then, another almost-sex scene between Sally (Sarah Paulson) and John happens in the elevator after he accuses her of murdering Gabriel. And then, like the one before it, it stops. Murphy must have been fighting with his significant other and had a major case of blue balls in this episode, otherwise he wouldn’t be doing this. 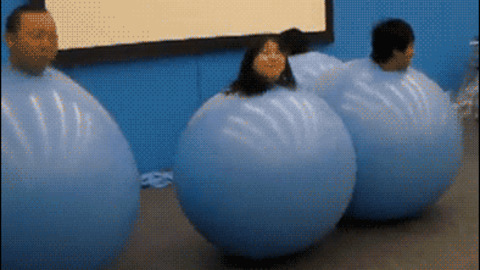 Iris (Kathy Bates) is looking for places for her and Donovan (Matt Bomer) to live now that Gaga has kicked him out. Some seemingly meaningful fight breaks out, and Donovan pretty much berates Iris to nothing. He complains about his daddy issues and how when they lived in a hippie combine, she fed him so much fiber he “shit himself in school.” So far, this episode is a whole lot of nothing. Half the time I was watching the show, I was hoping for commercials, so I wouldn’t have to live through the pain of episode three.

Donovan then leaves, and goes to feed his heroin addiction by feeding on some dirty, HEP-C-laden junkies. After feeding on almost every junkie under the overpass, he sees a woman that has some car trouble. After approaching her with a knife, she turns, tazes him and finally my personal favorite, Ramona Royale (Angela Bassett) is introduced into the plot.

The scene then cuts (AGAIN) and goes to boring Alex and John. She serves him some divorce papers (as she should), and he starts a pity party.

Gaga is talking to Will, and she explains to him why she’s there and how she lost her money to Bernie Madoff’s pyramid scheme. A steamy scene ensues, and in true Murphy fashion, we are left with blue balls again. Her plan is revealed that she is going to marry him, take his money and then kill him. Talk about a black widow.

Some other boring stuff happens with John’s 10 Commandments and Alex, and Alex sees Holden in the hallway, where he addresses her as “Mommy.”

And here’s the funny part. Iris decides she wants to commit suicide by overdose, just like her beloved son. Hypo Sally decides to give her a dose of her best stuff to put her to sleep forever. Sally demands that she better not have any unfinished business, so she doesn’t come back and haunt her (I don’t blame her). And the scene cuts.

Then ANGELA BASSETT. YAY! She tells her backstory on her love affair for almost a century with Gaga, and then she gets rid of Gaga. When Ramona tries to make a forever lover, Gaga comes and shoots her lover in the head. God. CAN THIS EPISODE GET ANY MORE DUMB??

Sally, waiting by the side of Iris, wonders why the heroin is not killing her. She then puts a bag on her head to kill her. Donovan rushes in just as his mother is dying, after having a revelation with Ramona. AND HE TURNS HER INTO A VAMPIRE. GUESS WHAT? NOTHING is worse than a KATHY BATES vampire. I almost don’t even want to watch this show anymore because of that scene alone. The only thing I can imagine worse than a Kathy Bates vampire is a quadruple wisdom teeth removal with no novacaine.

Overall, this episode SUCKED. I don’t know WHAT the hell Murphy is doing with this show, but it’s not working. I was the biggest fan of AHS when it came out. And now, I’m just another disappointed viewer. Maybe I am a Murphy hater, or maybe I just know a good show when I see one.

Rating: 1/5 (only because of Angela Bassett)