This Day in Bobcat History: Ohio played its first game ever against Marshall

The Battle for the Bell is one of the most classic rivalries for Ohio football.

Ohio and Marshall’s campuses are fewer than 100 miles apart from each other, and the two schools have been a part of many classic showdowns, including the 2009 Little Caesars Pizza Bowl in Detroit, which the Thundering Herd won 21-17, and a 1977 matchup where 76 total points were scored. Ohio won that game 49-27 in Huntington, West Virginia.

Sixty games have been played in the overall series, with more already planned for the near future. Over time, the rivalry and the circumstances around it have changed, but everything goes back to one day: Nov. 11, 1905.

Ohio was in its 11th year of playing football, and Marshall was in its 10th. At the time, Ohio’s program didn’t use the Bobcats’ mascot. The team was simply known as the Green and White. Similarly, Marshall had also yet to introduce its Thundering Herd nickname and were known as the Indians at the time instead.

In 1905, the Green and White were coached by Joseph Railsback, Ohio’s 10th coach in 11 seasons. The team was still figuring itself out at the time and had a record of 0-4-2 that season.

Marshall was led by first-year head coach Alfred McCray. The team was 5-1, with its only loss coming from Kentucky the week prior. With the matchup being played in Huntington, the home-field advantage was in Marshall’s favor.

Ohio, however, kept the game close and lost only 6-5 to Marshall. The one-point difference is representative of how close and competitive the rivalry has become today, although it has undergone many changes since 1905.

The next game between the two teams was Oct. 3, 1908, in Athens. It was the first game of the season for both teams. The second matchup went differently. Not only did Ohio win this one, but it did so in complete blowout fashion with a score of 59-0. The blowout is still the largest margin-of-victory by either team in the rivalry.

While the two teams have been playing against each other for over a century, the rivalry wasn’t “The Battle for the Bell” until 1997, when Marshall rejoined the Mid-American Conference and “The Bell” was introduced. The Bobcats are 5-11 against Marshall since the rivalry was rebranded.

The last matchup between the two teams was Sept. 14, 2019, in Huntington, when the Thundering Herd scraped by with a 33-31 win. Even if the game was a loss, there was still a high moment for Ohio when quarterback Nathan Rourke broke the program’s all-time touchdown record.

Ohio’s last win against Marshall was Sept. 12, 2015, in Athens, when the Bobcats beat the Thundering Herd 21-10 with rushing touchdowns from Daz’mond Patterson and A.J. Ouellette and a passing score to Sebastian Smith from JD Sprague.

The next “Battle for the Bell” was supposed to be in 2020 in Athens, but it was canceled due to COVID-19 postponements and rescheduling. That means Marshall will remain the keeper of “The Bell” until at least 2025, when the Bobcats makes another trip to Joan C. Edwards Stadium for a chance to reclaim the trophy. Two years later, in 2027, Ohio will take on Marshall in Athens for the first time since 2015. 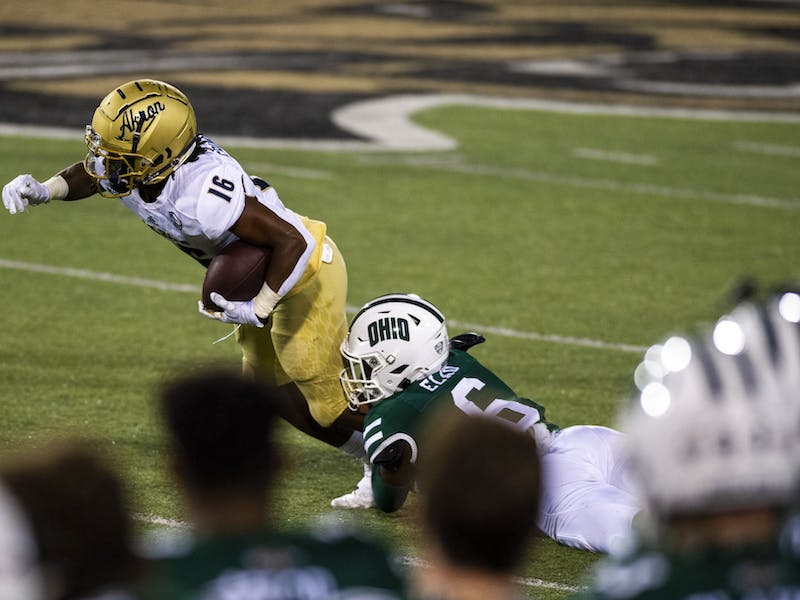 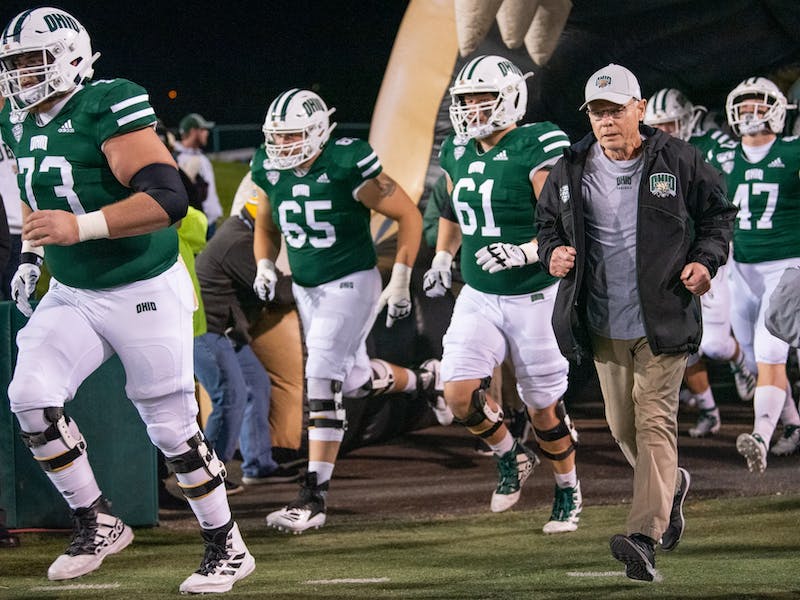 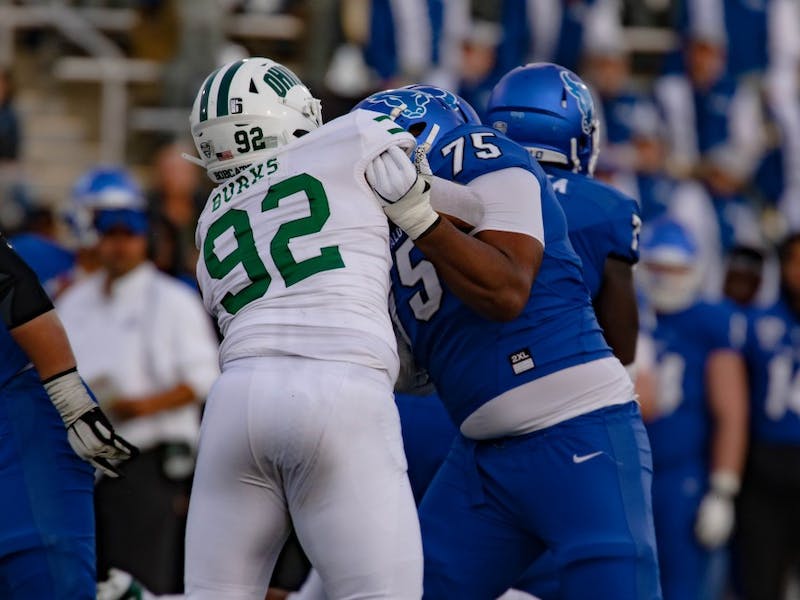