Nate Swanson
Head Coach Jeff Boals points to the score board while following the Bobcats in their match against Akron at the Convo on Saturday, Jan. 25, 2020.

Ohio basketball coach Jeff Boals met with the media Monday prior to the Bobcats’ Tuesday night meeting with Western Michigan. Boals talked for about 10 minutes on multiple topics. Here are some of the takeaways from his presser.

When the Bobcats face Western Michigan on Tuesday, Boals will be coaching against first-year head coach Clayton Bates. Bates, however, was an assistant under Western Michigan’s previous coach Steve Hawkins. It’s been a rough start to the Bates era. The Broncos (2-9, 1-5 Mid-American Conference) have struggled on and off the court all season. Five of their games have been canceled or postponed due to COVID-19-related issues, and the team can’t seem to find its rhythm.

In terms of scouting the Broncos, Boals doesn’t seem worried. Aside from a few tweaks here and there, the Broncos aren’t too different a team. Boals thinks the Bobcats (8-6, 4-4 MAC) will be ready.

“It’s not that tough,“ Boals said. “He’s (Bates) doing a couple things differently offensively, but I believe they played a 3-2 zone last game.”

During Saturday’s win against Ball State, Jason Preston (11 points, 11 assists and 10 rebounds) recorded the third triple-double in program history. In Boals’ eyes he was surprised the program had so few and also a bit disappointed that Preston has come so close so often.

“It’s crazy to think there’s only been three in the history,“ Boals said. “And it’s even crazier that he (Preston) should have like, five or six right now. He’s one of those kids who should probably have like 15 assists, because he’s made some great reads where guys didn’t make open shots.”

Despite Preston’s gifts as a passer, Boals has stressed to the junior point guard about the importance of creating his own offense. Preston leads the team in scoring, but Boals feels like he often passes up opportunities that could lead to more success for the offense.

Jason Preston isn’t the only player Boals wants to see become more determined to score. On Saturday, sophomore guard Lunden McDay had his highest scoring total (17 points) since Dec.6. Against the Cardinals, McDay went to his trademark midrange jumper but also drove hard and made big plays at the basket.

If more players like McDay and sharpshooter Ben Roderick play with an edge of offense, there’s no telling to how explosive the Bobcats can be on offense. Ohio averages 80.1 ppg, the third best in the MAC. As McDay and Roderick’s confidence continue to grow, Ohio will continue to score at a high rate.

“The first thing that sticks out to me about him (McDay) was the transition three he pulled,“ Boals said. “He usually doesn’t do that.”

Maybe it’s about time he did.

... But control is better

Don’t think just because Boals wants to see a few guys be a little more hungry near the basket means he wants everyone to start jacking up shots. Taking smart shots is still key to a dangerous yet effective offense. Ohio’s still a young team and will continue to learn how to walk the tightrope of aggression and control.

“I think every player loves freedom, but you still have to know what’s a good shot,“ Boals said. “Like the three that Miles Brown took in the right corner late in the game even though he’s wide open was a bad shot. We talked to him about it like ‘hey if that goes in it’s a great shot, but time and score you want to make them foul you and put you on the line.’ I think its still a learning curve.” 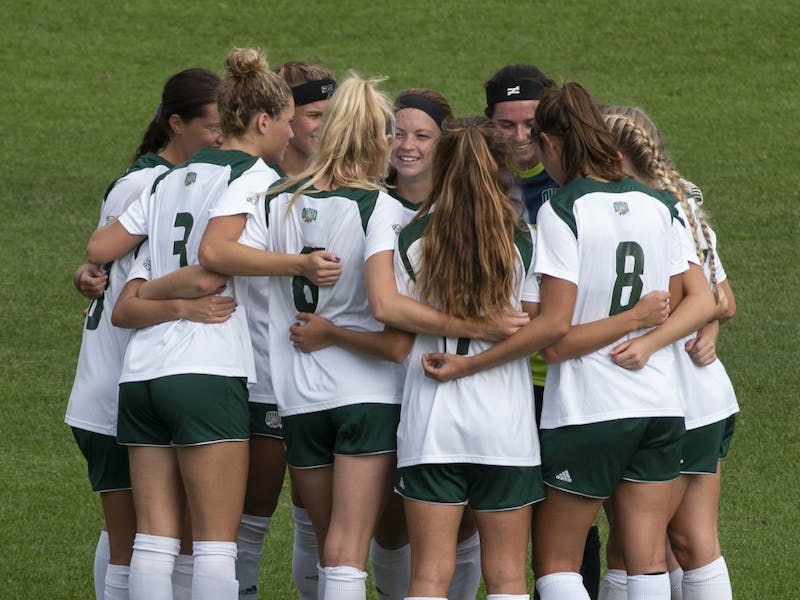