From 9 a.m. on Tuesday to 5 p.m. on Wednesday, Baker Ballroom was dedicated to the music industry.

The annual Music Industry Summit came to OU in-person after a two-year hiatus. Although the length of time from the last in-person summit was lengthy, it did not mean that the coordination of the event was any less difficult. Residents of Athens, OU students and anyone willing to make the drive to 1 Park Place were invited to hear from music industry professionals.

In addition to being at the summit physically, attendees also had the opportunity to attend virtually. Registration for the conference events was mandatory but free. Additional events, however, like the opening night networking event and closing concert came with a fee.

The array of lecturers was wide in range and experience. From featured music supervisor Chris Douridas to Grammy-nominated producer Chris Messina, each speaker shared their expertise and advice to interested parties as well as music industry aspirants.

The two-day event was made possible by a collection of sponsors, including but not limited to the Scripps College of Communication, OHIO Live, Shure, Republic of Athens Records, or ROAR, and Donkey Coffee & Espresso.

Not only was becoming a sponsor of the summit an opportunity for publicity, but ROAR set up a small pop-up shop for attendees to browse through during session breaks. For Isaac Slater and ROAR, the summit was an opportunity to promote their product and potentially attract some new clientele.

“(We hope) to add to the visibility of our shop,” Slater said, “Maybe drawing in some new regulars that could potentially become regulars.”

Eleanor Dakota, a Dayton local and one of the first speakers of the summit, is working with Brick City Records to produce an EP. Dakota’s EP, Whispers, will be out this Friday.

Dakota said her experience with Brick City Records has taken her out of her comfort zone as well as showed her how much work is needed to produce music — a notion supported by the summit.

“Some of the presenters really made it clear to me that if I really do want to pursue my passion, I’m going to need to take that first step and make those connections with people,” Dakota said.

The general consensus of attendees was positive; many students were happy to hear from these professionals. Speakers relayed their real-world experience and gave a small glimpse of what navigating the music industry looks like. Thanks to the diversity of the lineup, each speaker’s experience was different, and each speaker had a different perspective from the field.

Sophia Hoffman, a freshman studying media arts and production, is a member of Women in the Music Industry, or WIMI. Members of WIMI volunteer at the summit. Hoffman fulfilled her responsibility by working the check-in desk of the event.

Although behind a table, Hoffman was still able to take a thing or two away from the speakers and had a positive experience.

“It’s been really cool,” Hoffman said. “I’ve gotten to meet a lot of really neat people and a lot of people doing really awesome things in the industry.”

Regarding what she took away from the event, Hoffman said she definitely received some valuable advice she will remember once she reaches the career field.

“I think (my takeaway is) standing up for myself and having the ability to find a depth within my own being, to be confident and believe in myself pushing forward when people tell you that you can’t,” Hoffman said.

The successful summit ended with a rousing, sold-out performance from CAAMP at the Templeton-Blackburn Alumni Memorial Auditorium on Wednesday after the band’s keynote conversation. The concert benefited the Newport Festivals Foundation, an organization devoted to supporting artists and music education across the nation. 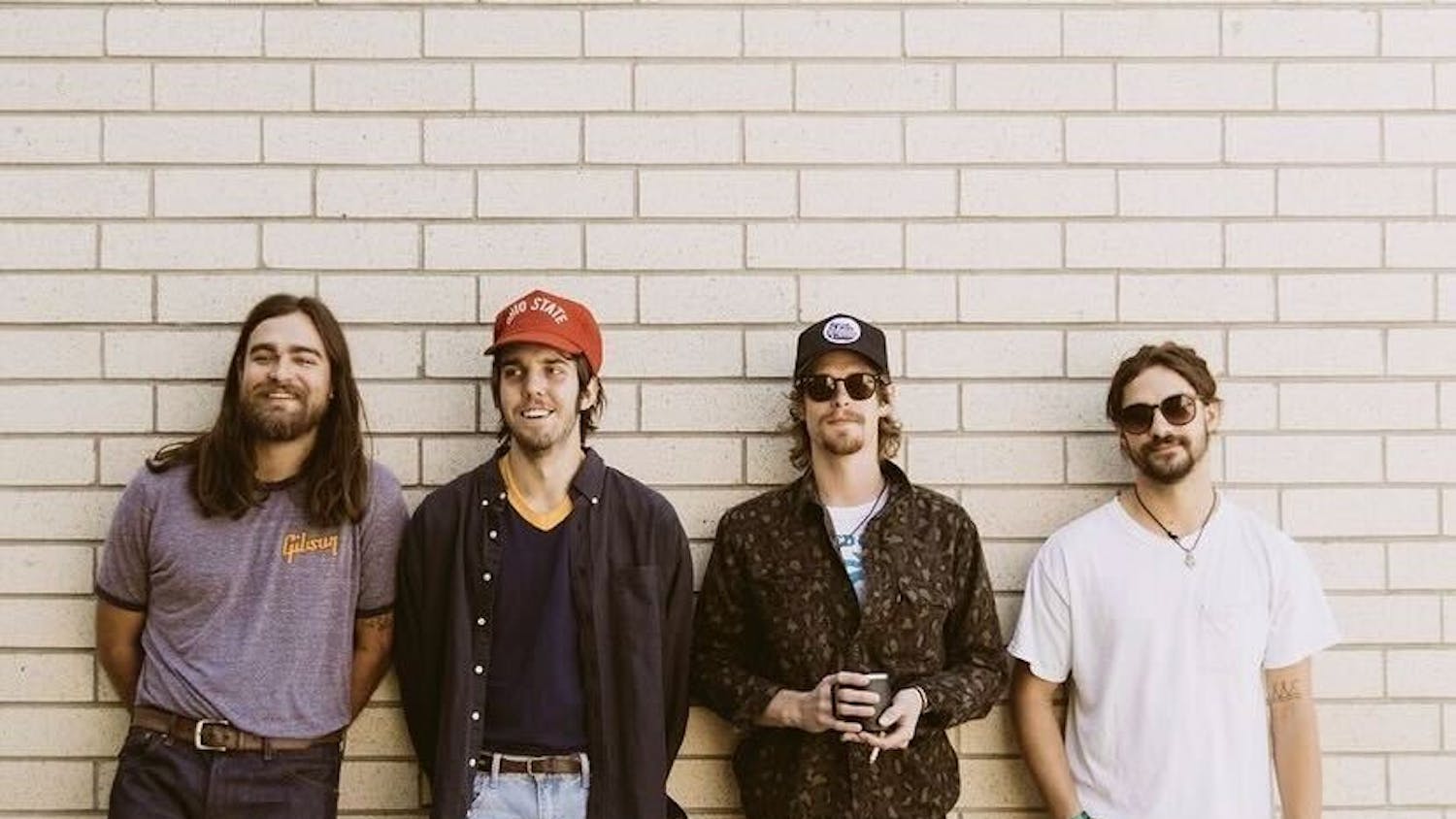 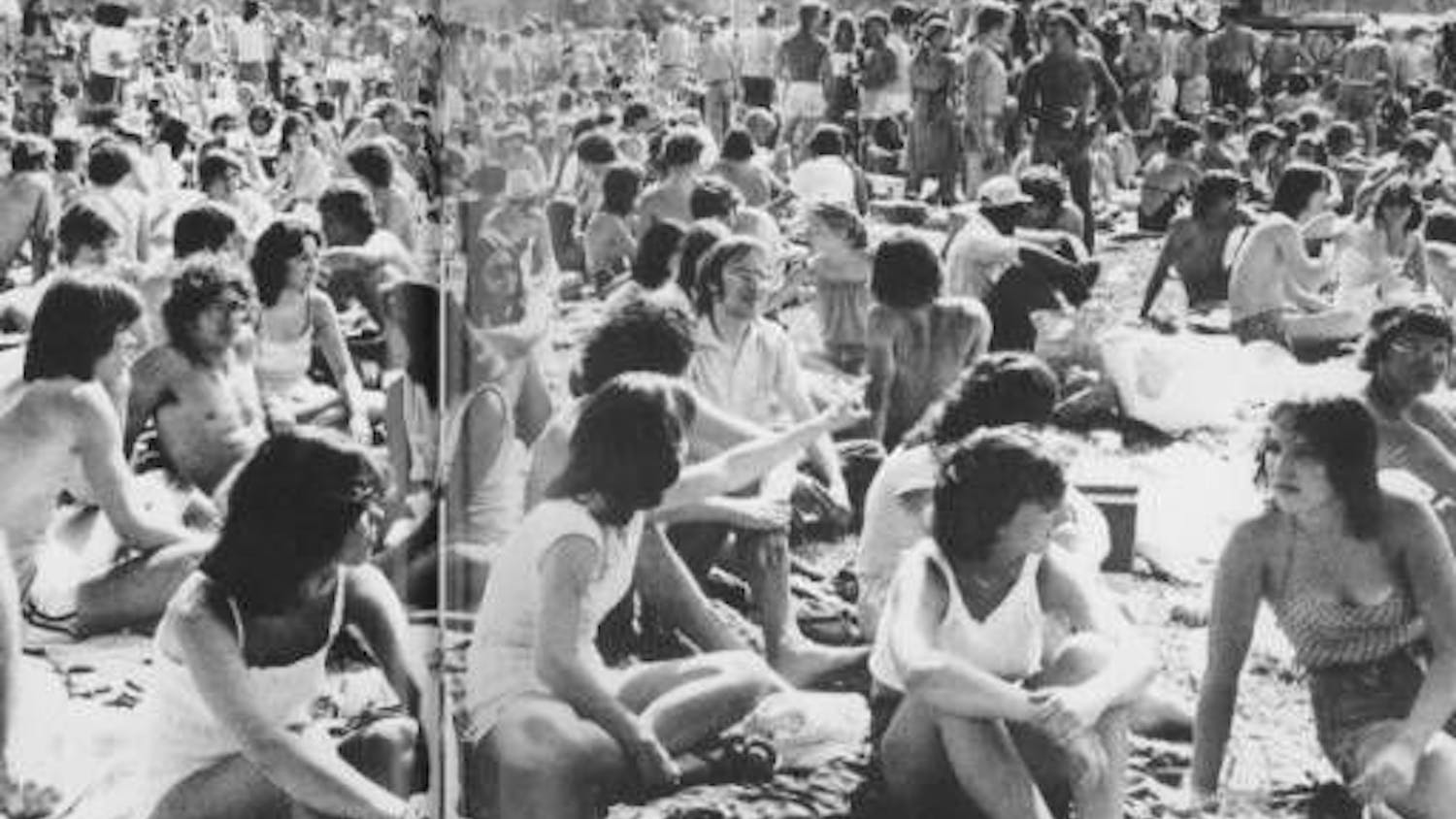