As finals season approaches, workloads seem to be rising with the temperature. While all majors have their difficulties, faculty at the Russ College of Engineering is particularly aware of the toll engineering can take on students. Luckily, there is a group that can help.

Engineers Reducing Anxiety, Stress, Etc., or ERASE, is a new student organization for engineering students of any focus. The group prioritizes stress relief, mindfulness and creating a communal space to discuss the difficulties of their major and workload.

Cody Petitt, lab coordinator and faculty advisor for ERASE, said the group began after several faculty discussions about a need to support students and their mental health.

Petitt soon connected with Thea Verry, a senior studying energy engineering and current president of ERASE. Petitt said Verry was passionate from the get go, and together they began planning stress relieving activities for finals week for the fall 2021 semester. The pair invited engineering students they knew and had between four and six attendees for each of the four guided activities emphasizing being present and grounding oneself.

“It was actually really fun because afterwards Thea mentioned that that was probably the most present and one of her best finals weeks,” Petitt said “At least that in her presence and well-being stayed, that was the best that she had fared through finals week. So that was really encouraging to me.”

Soon the pair began working with Regan Magee, a sophomore studying chemical engineering and current Vice President of ERASE. In developing the organization they created a mental health and well-being focus group in an engineering course, ME 2800. Around this time, Bobby Lindsey, a junior studying mechanical engineering, joined the group, initially as a member and eventually as treasurer.

ERASE needed a named treasurer to become an official campus organization, and Lindsey said he was happy to step into the role. He said he was excited for the opportunity to be more involved with ERASE and to be able to ensure it is more of a priority in his life.

Petitt said taking the steps to become an official student organization has been his favorite thing the club has done so far.

“We're getting there,” Petitt said. “We've started and that's often the hard part, right? We got the inertia going and so the ball is rolling. And now we’ve just got to continue the snowball effect.”

Magee explained the group officially became a campus organization in early March. Now they have biweekly meetings each centered around different activities to promote mindfulness and relieve anxiety. The group has hosted meditations, journaling sessions and stretch circles among their stress-reducing programming.

“I think that the most important part of our meetings is we're all pretty open with how we're doing,” Magee said. “We can talk openly about how life is hard and not just push our mental health aside to focus on classes.”

Lindsey said part of his interest in ERASE comes from him wanting to ensure others, particularly other men, in engineering feel comfortable reaching out for help. He said while he can’t speak for all male engineers or men in general, in his experience he has found women tend to be more equipped to cope and have conversations regarding mental health and how they are feeling.

“We need to get more women in STEM, but (being) male dominated a lot of guys don't feel that it's comfortable to open up,” Lindsey said. “‘Be a man's man, keep your feelings inside and then one day just let it all out,’ kind of getting that wall broken down to a lot of the guys in the Russ College, just making sure it's okay to not be okay.”

Lindsey said he was surprised around half of ERASE participants have been men, despite it being a male dominated field. According to the American Association of University Women, only 21% of engineering majors are women. As reported by Mental Health America, men are less likely to seek help for depression, substance abuse and stressful life events because of social norms, downplaying symptoms and potential reluctance to talk.

Magee is also passionate about creating space to recognize the intensity of engineering. She said she feels there is a lack of focus on mental health in the engineering college, and that many students won’t talk about how the course load affects their mental health.

“Honestly, it does take a massive toll,” Magee said. “Why I'm so invested in this club and why I really want it to work and affect other people is because my mental health has not been good, and I've just been struggling with trying to balance classes and also taking some time for myself to do some self care.”

Petitt said engineering can be accompanied by a lot of burnout. He explained there is often a culture of pushing through the work, often with caffeine and no sleep. As a faculty member, he is passionate about setting students up for success, and feels the patterns he sees are not sustainable or healthy.

Aside from the heavy course load, Lindsey said the content can also cause burnout, especially as it often involves fewer emotions than some other majors.

“It's a lot of numbers,” Lindsey said. “Just sitting in a dark room in front of the computer crunching numbers all day, with little-to-no human interaction sometimes, can really get to you and you can feel very isolated.”

Petitt said other STEM fields likely have similar work loads, like nursing or pre-med. However the group was passionate about making an engineer-specific space. Since all engineering tracks have similar classes as well as workloads, it would provide some ease in communicating, which he said was especially important for a club built around stress-relief.

Lindsey said engineering is still worth the hard work and stress. Engineering will be helpful for his intended career path, and he said there are good parts of the major as well.

“It's very satisfying at the same time, where if you have a really hard problem that you're banging your head against the wall trying to solve, when you finally solve it, it might be the best feeling in the entire world,” Lindsey said.

Any engineering student is encouraged to join ERASE, which meets biweekly in Stocker Hall, room 133. Lindsey said the club is very flexible, and because of its intentions if participants have to miss meetings because of something else going on, club leadership is incredibly understanding.

Another way the club seeks to ensure ERASE does not cause additional stress for members is by not having dues. Instead, Lindsey said the group applied for SAC funding for materials, which was recently approved.

ERASE encourages students to join them for their spring picnic that will take place April 14, at 6 p.m., at Strouds Run State Park and the group will meet at the pavilion near the Boat House.

Lindsey encourages any student to get help if they are stressed. He hopes engineering students will give ERASE a try, but says the most important thing is to be comfortable reaching out for help.

“Nobody has to hit rock bottom to realize they need help,” Lindsey said. “I've realized it in the past. Being at rock bottom is awful. You don't want to ever be there. Honestly realizing if you're isolating yourself from social events, or you're just feeling a little off, it doesn't even have to be by much, just reach out to your friend, your professor you're close with, literally anybody or even just coming to an ERASE meeting. It's hard to put your pride away as a guy to just say, ‘You know what, I kind of need help.’ But at the end of the day, it's better to get help sooner rather than later. It's not worth being sad and down when you can talk to people about it.”

Kat Tracks: Pets can be vital in our college experience 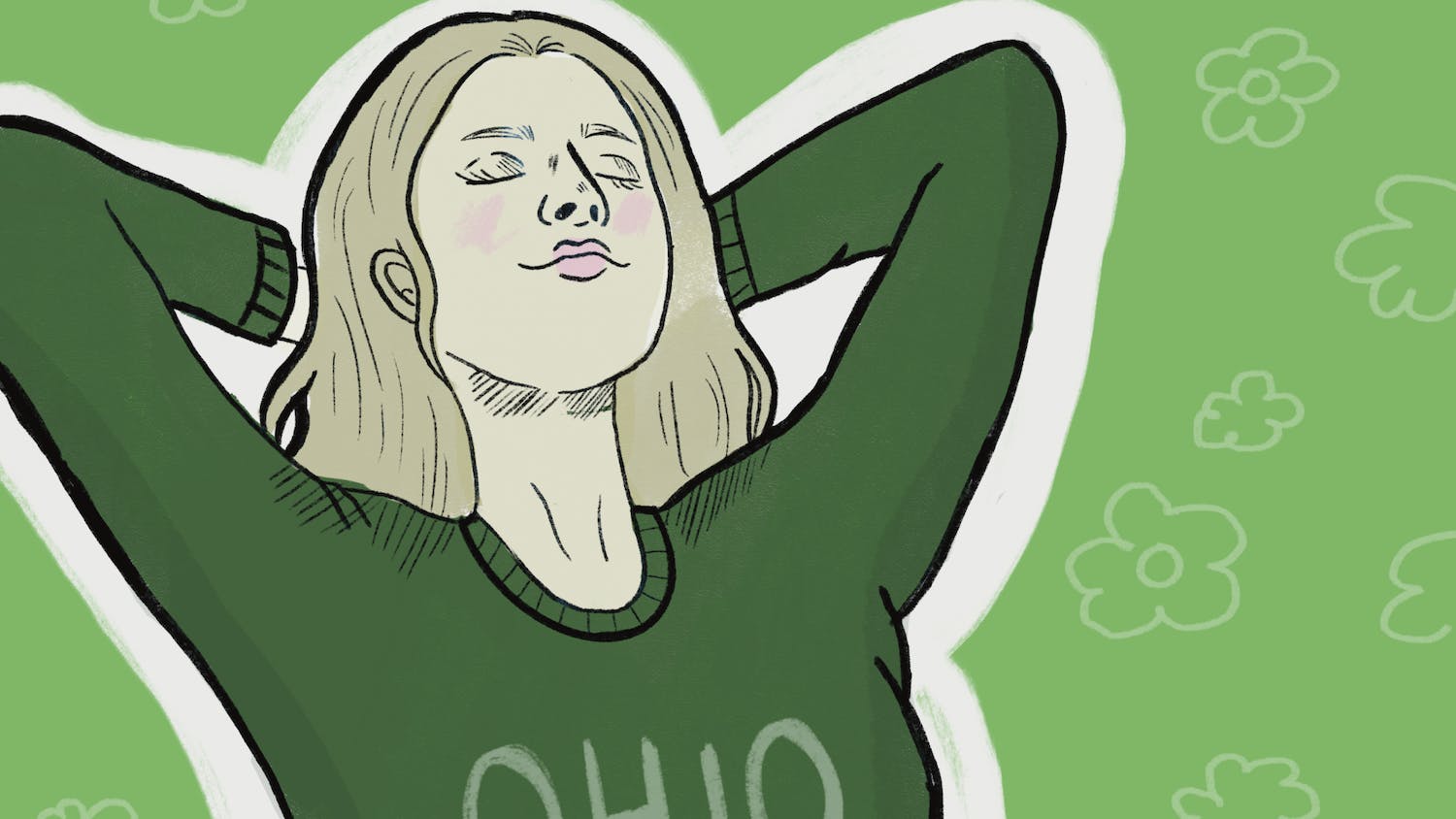 How to stay relaxed during finals week