Lately, it seems as if everyone is on the Pete Davidson wave – and it’s no secret why. Between his humor, fully tatted figure, golden retriever-like persona and the plethora of star-studded, attractive women he has been romantically involved with, Davidson is surely this generation’s wild card pick.

The 28-year-old SNL star is no stranger to the spotlight. Since his very public relationship with Kim Kardashian, arguably one of the most famous individuals in the world, Davidson has been making headlines and breaking social media single-handedly because of the shock factor the couple provides, in addition to the public’s interest in the drama with Kardashian’s ex-husband, Kanye West. As a result, Davidson and his romantic life is being talked about more than ever.

Here’s a complete list of everyone Pete Davidson has dated prior to his relationship with the reality TV star:

Pete Davidson’s first public relationship was with fellow comedian, Carly Aquilino, from MTV’s Girl Code. The pair began dating in 2015 and broke up within the year, which was also notably Davidson's second season starring on SNL.

Though their relationship can still be classified as “high-profile,” much was unknown at the time about their romance given their relatively low star status. The two seem to be in good graces with one another considering they starred alongside one another in the 2020 film, The King of Staten Island.

However, once Davidson became engaged to Ariana Grande, Aquilino obviously had mixed feelings about the announcement, considering she took to social media to post a text message she received. It read: “I know I’m the 9 billionth person to text you today about this, but… I can’t.” The MTV personality captioned the snapshot: “My day in a text message,” according to US Weekly.

One of Davidson’s more serious and long-term relationships was with another individual in the comedy community, Cazzie David, the daughter of comedian Larry David.

The two began dating in 2016 and dated until 2018, spanning about a two and a half year relationship.

David revealed in her 2020 collection of essays, “No One Asked for This,” that she was the one to end their relationship just before they were scheduled to take a trip with her family to South Africa. However, after only a day of being officially apart, Davidson had a new girlfriend: Grande. David detailed that she was heartbroken to see Davidson do all of the same – what she thought were special things – with another, more famous individual, which left her unable to escape the reminders of him and his newfound happiness.

Pete Davidson and Ariana Grande’s relationship is arguably the one that put Davidson more on the map than ever, given Grande’s pop-star status.

The two had a whirlwind of a relationship, considering it moved very quickly. From getting matching tattoos, to moving in together, to getting engaged after just a couple weeks of dating, the couple’s relationship ended just as quickly as it started.

After only 5 months of dating/being engaged, Davidson and Grande called it quits in October 2018, following the death of Grande’s former long-term boyfriend, Mac Miller.

Grande released her hit, iconic album, Thank U, Next, where she referenced her relationship with Davidson in the lyrics: “Even almost got married / And for Pete, I'm so thankful,” while simultaneously paying homage to the late Mac Miller in lines, “Wish I could say ‘thank you’ to Malcolm / 'Cause he was an angel.”

It seems the two are amicable with one another, considering in the “Thank U, Next” music video, Grande has a Mean Girls-inspired “Burn Book” with a page dedicated to Pete which reads “Huuge” – an evident reference to an aspect of Davidson’s that is commonly gossiped about, along with the message “Sry I dipped, I love U always.”

Davidson clearly has no problem rebounding and jumping from one relationship to the next.

Similar to Davidson and David’s breakup, Pete and Ari split, and shortly after, he was seen with the 48-year-old English actress and model Kate Beckinsale.

The two sparked romance rumors after they were seen flirting at the January 2019 Golden Globes afterparty, according to Page Six.

Those rumors were confirmed after they were spotted making out at a New York Rangers game in March 2019.

However, the two broke things off a month later.

Once again, Pete wasted no time getting back in the game following his break-up with Beckinsale.

In August 2019, Davidson and actress Margaret Qualley were spotted on somewhat of a romantic getaway to Venice, Italy where Qualley was promoting her movie, Seberg.

It seems as if Qualley and Davidson’s relationship was nothing but a summer fling, because when October came around the two had decided to part ways after only three months of being involved with one another.

Some may say Kaia Gerber is one lucky lady. The 20-year-old model has dated some of Hollywood’s leading men such as Jacob Elordi, currently Austin Butler and previously, the man of the hour, Pete Davidson.

The pair dated and allegedly fell in love with one another in October 2019, not long after Davidson’s split with Qualley. At the time, Gerber was not yet 18. Page Six reported that Gerber’s parents, Cindy Crawford and Rande Gerber hoped the relationship between the two would “fizzle out.”

Davidson has always been open about his struggles with mental health, and come January 2020, he checked into rehab and broke up with Gerber.

According to Page Six, Davidson said, “She’s very young, and I’m f–king going through a lot, and it was before I went to rehab.”

“It’s just like, she should be having fun,” he said. “She shouldn’t have to worry about some dude that just has issues and s–t. She should be enjoying her work.”

Davidson’s most recent relationship prior to Kardashian was with the Bridgerton star Phoebe Dyvenor.

The two began “hanging out” in March 2021, and claimed it was nothing serious, despite his contradictory actions of flying out to England to be with Dyvenor on set.

Their relationship was confirmed in April 2021, and the two split in August 2021, likely because of the distance between the two, given Davidson lived in New York City at the time and Dyvenor in England.

Due to Kardashian’s recent posts of the couple showing affectionate PDA, the public drama between Ye and “Skeet,” along with red carpet debuts, the couple is undeniably a huge topic. Candidly, anyone who dates Kim Kardashian-West becomes a part of an iconic very-much public relationship, and Pete just so happens to be that current second-half.

At the September 2021 Met Gala, Davidson asked for Kim’s phone number in hopes he could help her with hosting SNL. Because Kim was wearing a full-covered Balenciaga suit with gloves, she couldn’t type on her phone, and that was the last the two saw of each other until their televised kiss on SNL.

Shortly after, the pair was seen holding hands on a roller coaster at Knott’s Scary Farm in Buena Park, Calif., but Kardashian, at the time, insisted they were just friends.

By November 2021, it was clear Kardashian and Davidson were definitely not just friends. Their relationship was confirmed following a dinner date in Davidson’s hometown of Staten Island and second date in NYC.

Since then, the two have made no efforts to hide their relationship from the limelight as they were photographed at The White House Correspondents’ Dinner and at the Met Gala a few days later. 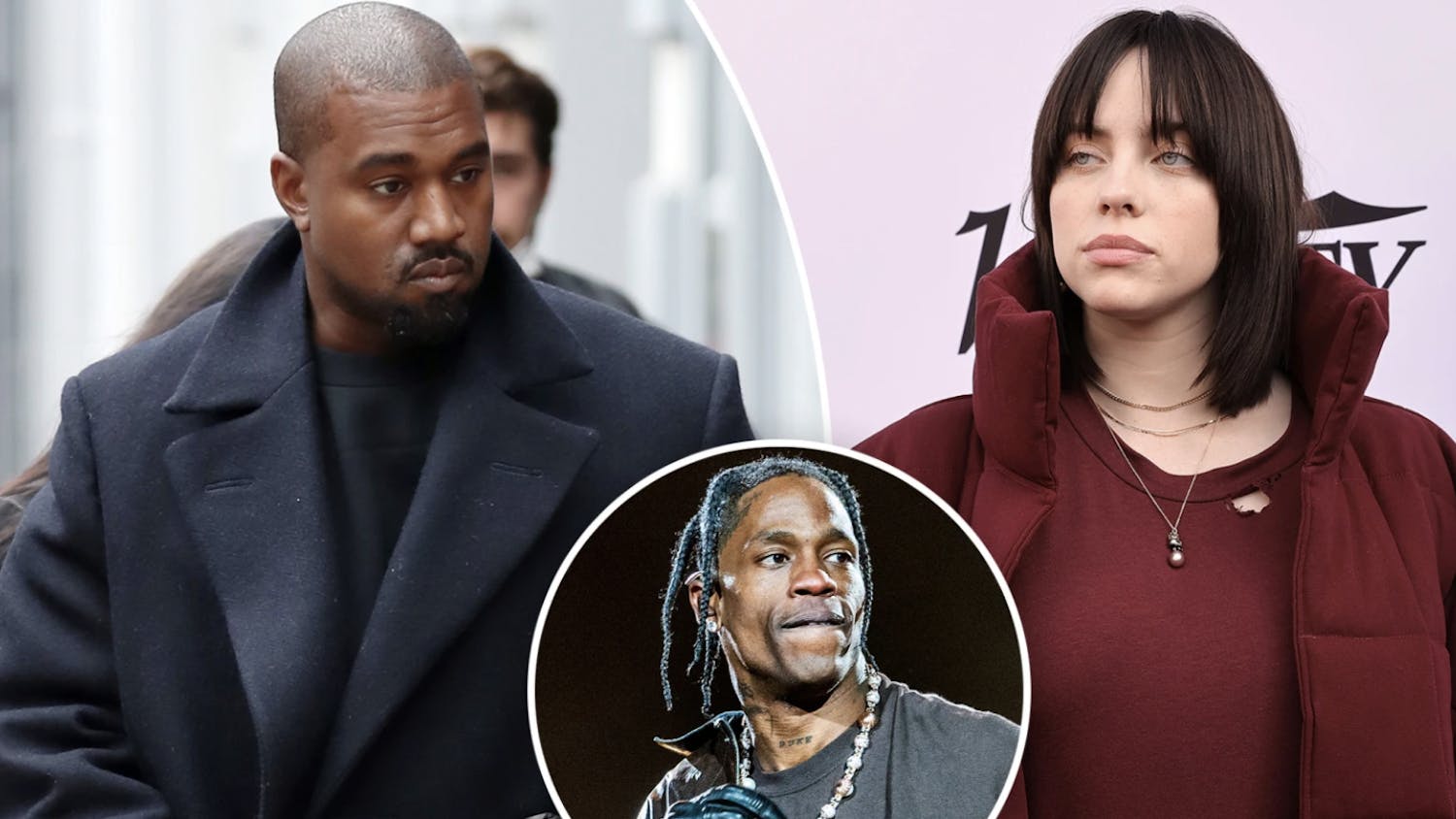 A timeline of the bizarre Billie Eilish and Kanye West beef 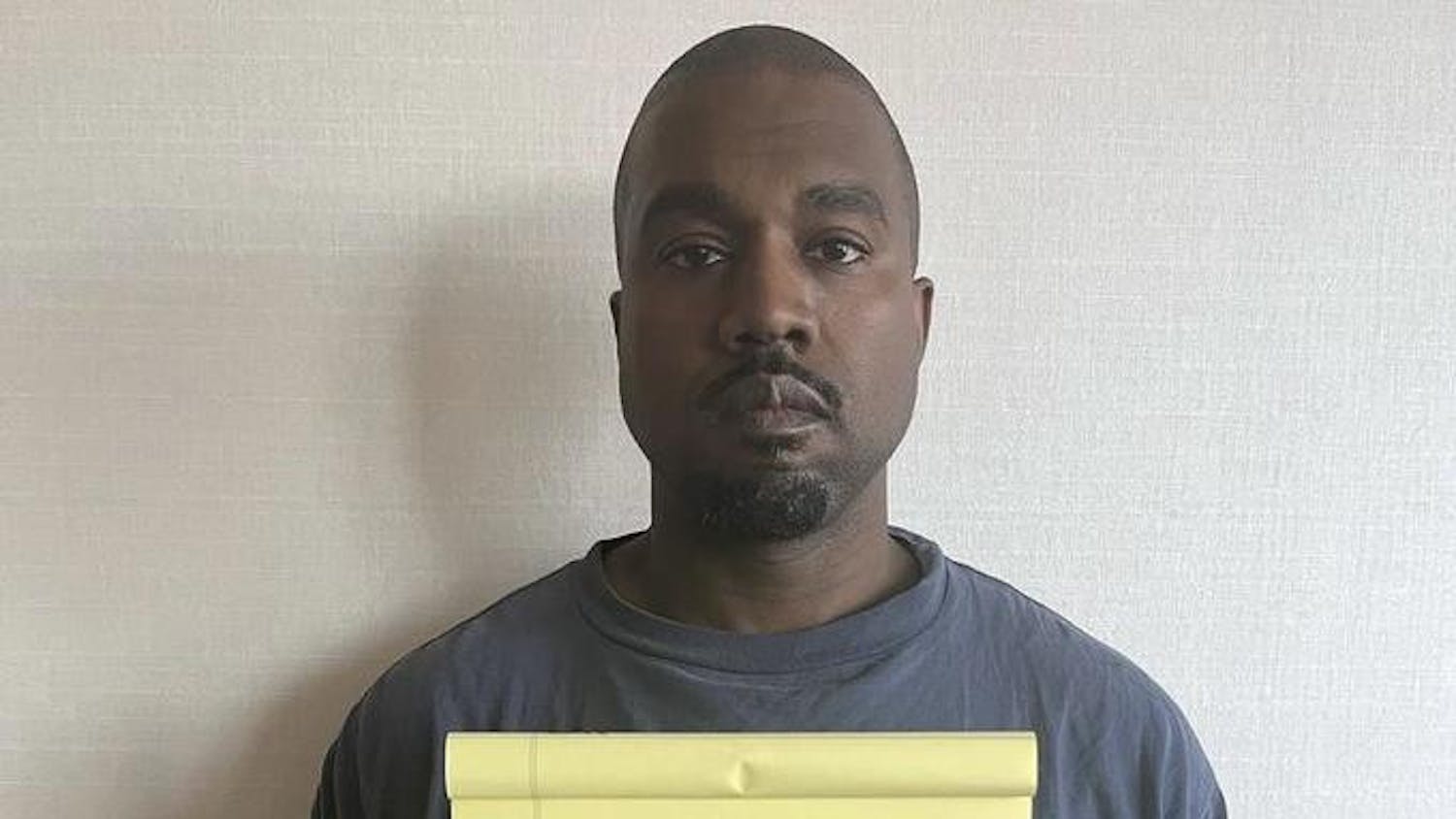