The Court’s decision to overturn Roe v. Wade revokes one’s constitutional right to an abortion, and gives individual states the power to decide the legality of abortion.

Following the overturning of Roe v. Wade, Ohio Senate Bill 23, also known as the 2019 “heartbeat bill”, was put into effect. This bill prohibits abortions once a heartbeat can be detected, which is typically six weeks into a pregnancy. The bill includes an exception for abortions due to medical emergencies but not for those who are victims of rape or incest.

During Friday’s protest, Athens protesters marched from Alden Library to the Athens County Courthouse. Community members were invited to voice their feelings and opinions regarding the decision. Sam Jones, an Athens resident, spoke on the importance of Roe v. Wade as an issue of gender equality.

“Roe v. Wade protected a woman's right to choose, her right to make intensely personal decisions with her doctor,” Jones said. “It reaffirmed basic principles of equality and it reinforced the fundamental right of privacy, the right of each of us to choose how to live our lives.”

Kari Johnson, an Athens resident, spoke of her fears concerning the decision.

Jamie Miller, a senior studying journalism and gender and sexuality studies, spoke on his experience as a transgender person during the overturning of Roe v. Wade.

“I'm so happy to see every single person here; it means the world to me as a person with a uterus,” Miller said. “I am here for you guys and I will use my deep voice that people listen to.”

Following the gathering at the courthouse, protesters marched down Court Street and ended the protest at the Athens Armory.

“Now's the time to strengthen your network, bolster your friendships, make sure that you know you have people there for you and that you will be there for others as well,” Jones said. “Because this is going to continue happening; this is an uphill battle.”

Correction appended: A previous version of this article stated the wrong spelling and title of Kari Johnson, an Athens resident. This article has been updated to reflect the most accurate information. 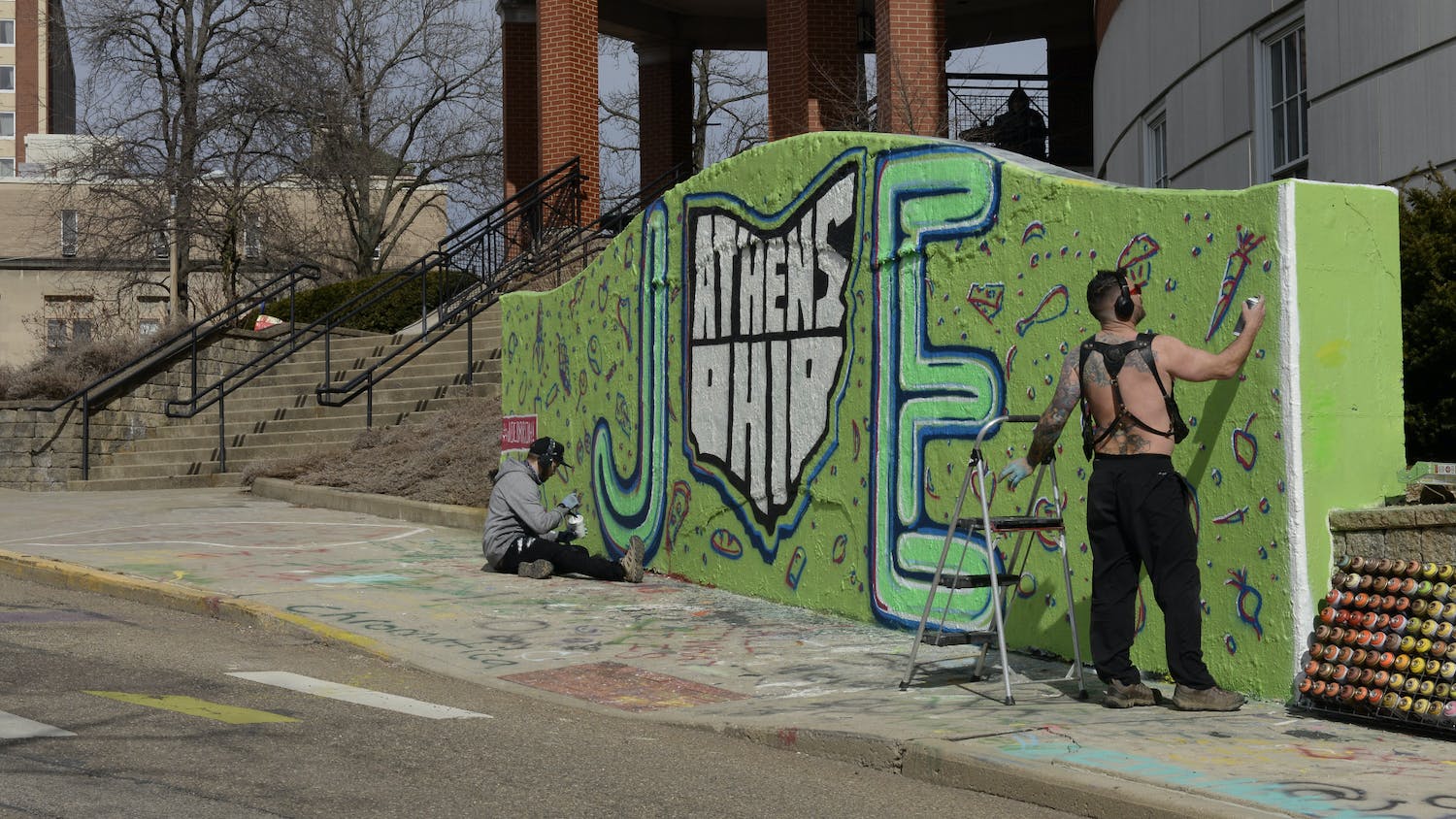 Athens Graffiti: What started as a graffiti wall is now a wide-spread campus activity