Thanksgiving break is right around the corner, which means that many of us will be coming home to a grand Thanksgiving feast surrounded by dearly missed family members. It’s a time of giving thanks for the things that have helped you get through the distressing times of the fall semester and celebrating with the people around you.

Although everyone’s Thanksgiving is different in many ways, there’s always a feeling of love and contentment that comes with being able to sit back and finally have some time off from whatever you’ve been stressing about. If Thanksgiving adds even more stress, then hopefully you can find at least a little bit of comfort in whatever your plans are for the break. Whether you’re finding a stress reliever or in need of finding the perfect vibe for your chillaxing plans, look no further than this ultimate Thanksgiving playlist.

These 10 songs give off a homey, comforting vibe that represents the feeling of Thanksgiving. The songs are all throwback tracks from the 70s-early 2000s that range from the goofiness of “Weird Al” parodies to the grandeur of Don McLean’s ballads. With that being said, enjoy the list, and have a happy Thanksgiving!

First on this list is John Denver’s most famous hit, “Take Me Home, Country Roads” (1971). This one goes out to all of the West Virginian folks going home for Thanksgiving break. With soft acoustic guitar and Denver’s soulful voice, the song comes together to produce a very relaxing, placid tune that manifests a feeling of longing for home. Even if country music is not your cup of tea, “Country Roads” is a classic track to which everyone can listen and sing. With that being said, “Take Me Home, Country Roads” is the perfect country classic to listen to while you’re home with your family for Thanksgiving.

The next track on this list is “Macy’s Day Parade” (2000) by Green Day. Although it’s a somber track in reference to its lyrics regarding the consumerism of Thanksgiving, I believe that this track is still an important song to listen to during the holiday. It’s a sobering track to make one think about how our society is consumed with the idea of materialism and buying our own happiness. Of course, there have been plenty of discussions surrounding the question of whether or not a person can buy their own happiness, but the track merely describes how one can become a zombie to the disease that is American consumerism. I wanted to put this track on here because there are very important aspects of how Thanksgiving has come to be that should be talked about and understood. Nevertheless, this tune is sonically excellent with its simple acoustic guitar and vocalist Billie Joe Armstrong’s bellowing vocals. It’s a very beautiful track with cynical lyrics that is great to listen to and think about during Thanksgiving.

“Eat It” by “Weird Al” Yankovic

Next on this list is the hilarious “Weird Al” Yankovic parody, “Eat It,” released in 1984. This song is a parody of Michael Jackson’s 1982 hit “Beat It,” which changes the profound lyrics of the original track to something much more comical. In the song, Yankovic commands the listener to “eat it” when referencing various foods, whether or not the listener likes the food or is full of whatever they had eaten previously. These lyrics are delivered by Yankovic’s zany and nasally vocals, which only add further to their preposterous nature. The instrumentals themselves are hilarious as they add various silly sound effects like fart noises and burping to the remaining guitars, bass and drums from the original track. This song is the perfect goofy track to listen to when you’re having an equally foolish time with your family during Thanksgiving dinner.

To slow it down a bit, the next track featured on this list is Don McLean’s 1971 hit, “American Pie.” Although the song is not about eating a pie or having anything to do with Thanksgiving, the track has a relaxing vibe that one could listen to around this time of year. With its simple acoustic guitar, graceful piano riffs and upbeat drums, “American Pie” is a catchy tune that can get stuck in the listener’s head. McLean’s euphonious vocals paired with the emotional meaning behind the lyrics only make the song more appealing to the ear. It’s the ultimate track to listen to when you’re chilling out with your family for Thanksgiving.

The next track on this list is legendary grunge band Pearl Jam’s “Elderly Woman Behind the Counter in a Small Town” (1993). This is another track that does not necessarily have anything to do with Thanksgiving, but rather captures the feeling of returning to a small town where everyone knows each other. To some, being caught in a small town is the scariest thing in the world and going back can cause much stress, but this song could help relieve the stress. The song is fairly simple with its swaying acoustic guitar, cymbal-clashing drums and singer Eddie Vedder’s warbling vocals. It’s a calming track that could help you quell the incoming stress of returning to your small town for Thanksgiving.

Another funky track on this list is “Gratitude” (1988) by Oingo Boingo. Although the exact meaning of the track is convoluted, one can make out the song to be about questioning what exactly gratitude is. However, the track still describes gratitude in a way that doesn’t punch it down, but rather observes it in a different light. This analysis of the lyrics could be viewed in different ways, but this is how I have come to understand them. Nevertheless, the song is filled with groovy synths and pounding electric beats that are very characteristic of 80s music. Singer Danny Elfman’s vocals are distinct and melodic, and they add to the funky vibe of the entire track. Overall, it’s a good track to listen to while you’re feeling grateful during the holiday.

“Thanks a Lot” by Third Eye Blind

Next on this list is Third Eye Blind’s track “Thanks a Lot” (1997) from their self-titled record. The lyrics do not necessarily depict the gratitude of Thanksgiving as it rather describes the sarcasm of thanking someone for all of the “great times” they had together in their relationship. This is another song that may not share a “Thanksgiving theme,” but the instrumentation has a certain nostalgia to it that can throw the listener back to their youth. Perhaps try not to think of the lyrics and focus on the melodic chorus where vocalist Stephen Jenkins sings the title words in a high-pitched, feathery voice. His vocalist paired with the instrumental’s fuzzy guitar riffs and grooving drums create the perfect nostalgic vibe for your Thanksgiving plans.

“Thank U” by Alanis Morissette

The next thankful song on this list is “Thank U” (1998) by 90s music icon Alanis Morissette. In an interview with MTV, Alanis details where the song’s immense amount of gratitude comes from; “Basically, I had never stopped in my whole life, hadn’t taken a long breath, and I took a year and a half off and basically learned how to do that. When I did stop and I was silent and I breathed… I was just left with an immense amount of gratitude, and inspiration, and love, and bliss, and that’s where the song came from, you know.” It’s a special track when compared to her previous hit record “Jagged Little Pill” where she was filled with anger and loving someone so passionately that it can be blinding, especially in songs like “You Oughta Know” and “Head over Feet.” Nevertheless, it’s a soothing track with its steady drum beat, bright guitars and sparkling piano. Morissette’s iconic vocals are breathy and melodic with her various vocal riffs and quavering vocal tone. Overall, it’s the perfect Thanksgiving track that will have you stepping back and feeling grateful for being in the present.

“Ode To My Family” by The Cranberries

The second to last song on this list is The Cranberries’ “Ode To My Family,” released on their 1994 record, “No Need To Argue.” The song details singer Dolores O'Riordan’s childhood, which is described as difficult but her family, especially her parents, helped her see through it all. It’s a touching track as the lyrics are paired with the song’s soft instrumentals, which contain resonant bass lines, bright guitar riffs and melancholy stringed instruments. O’Riordan’s vocals are light and feathery as she sings about such a heart-touching and vulnerable part of her life. It’s the perfect track to listen to when you are having a heartfelt time with your family this Thanksgiving.

The final track on this playlist is Beck’s groovy song, “Nicotine & Gravy,” released in 1999. With a bopping, fuzzy bass line, swaying drum beat, harmonious strings and various other strange sound effects, the song carries a strange, yet interesting tune. This is another song that doesn’t necessarily have anything to do with Thanksgiving other than mentioning the classic Thanksgiving food in the title and chorus. However, I’d like to think of this track as the theme song for when you’re on “the walk” with your cousins or siblings after Thanksgiving dinner. The lyrics are clearly about having sex with a woman; however, the groove of the lyrics paired with the far-out instrumentals make it for a great track to sit back and relax with your family after eating a boatload of Thanksgiving food. 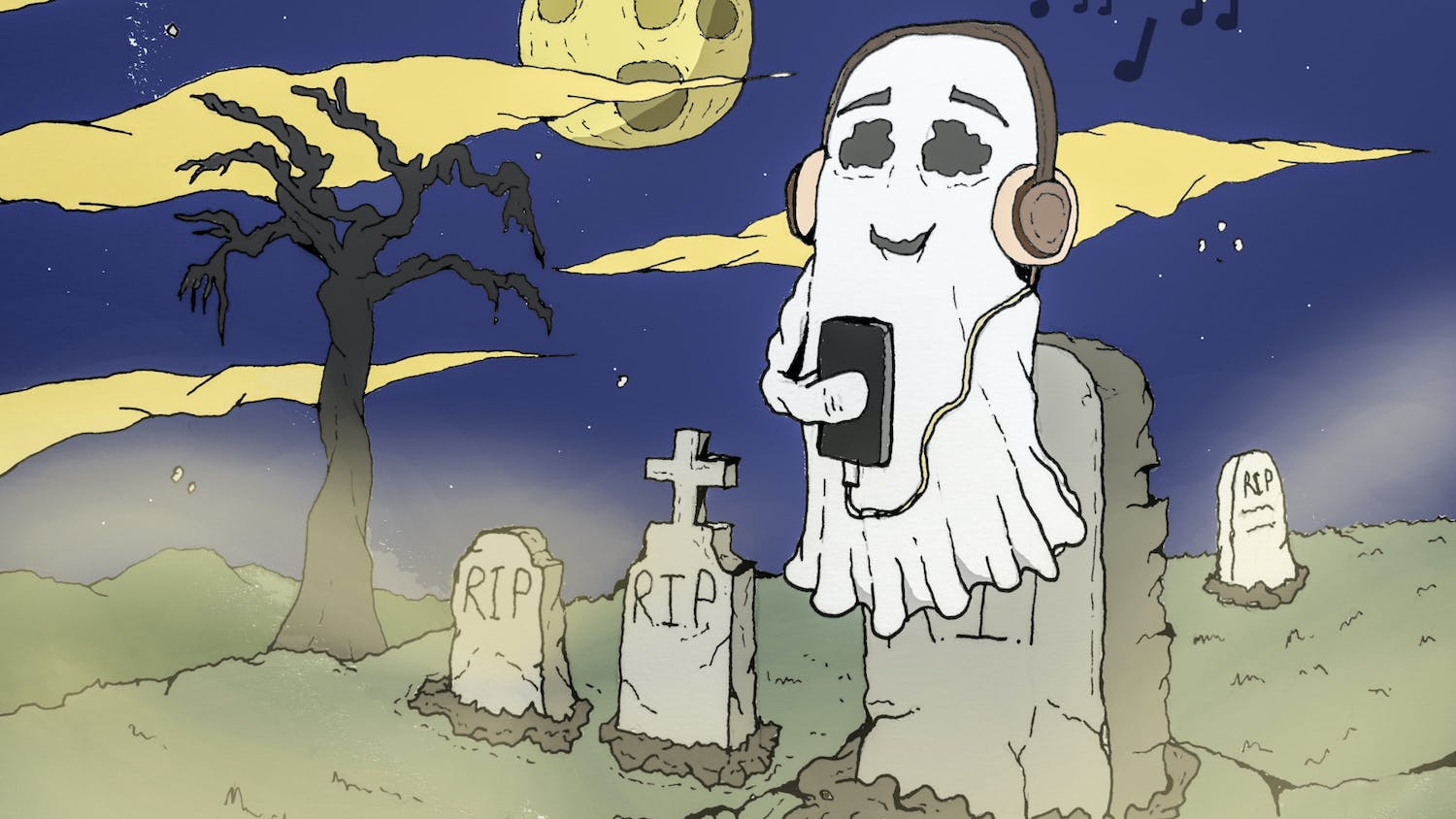 15 songs to get you ready for spooky season 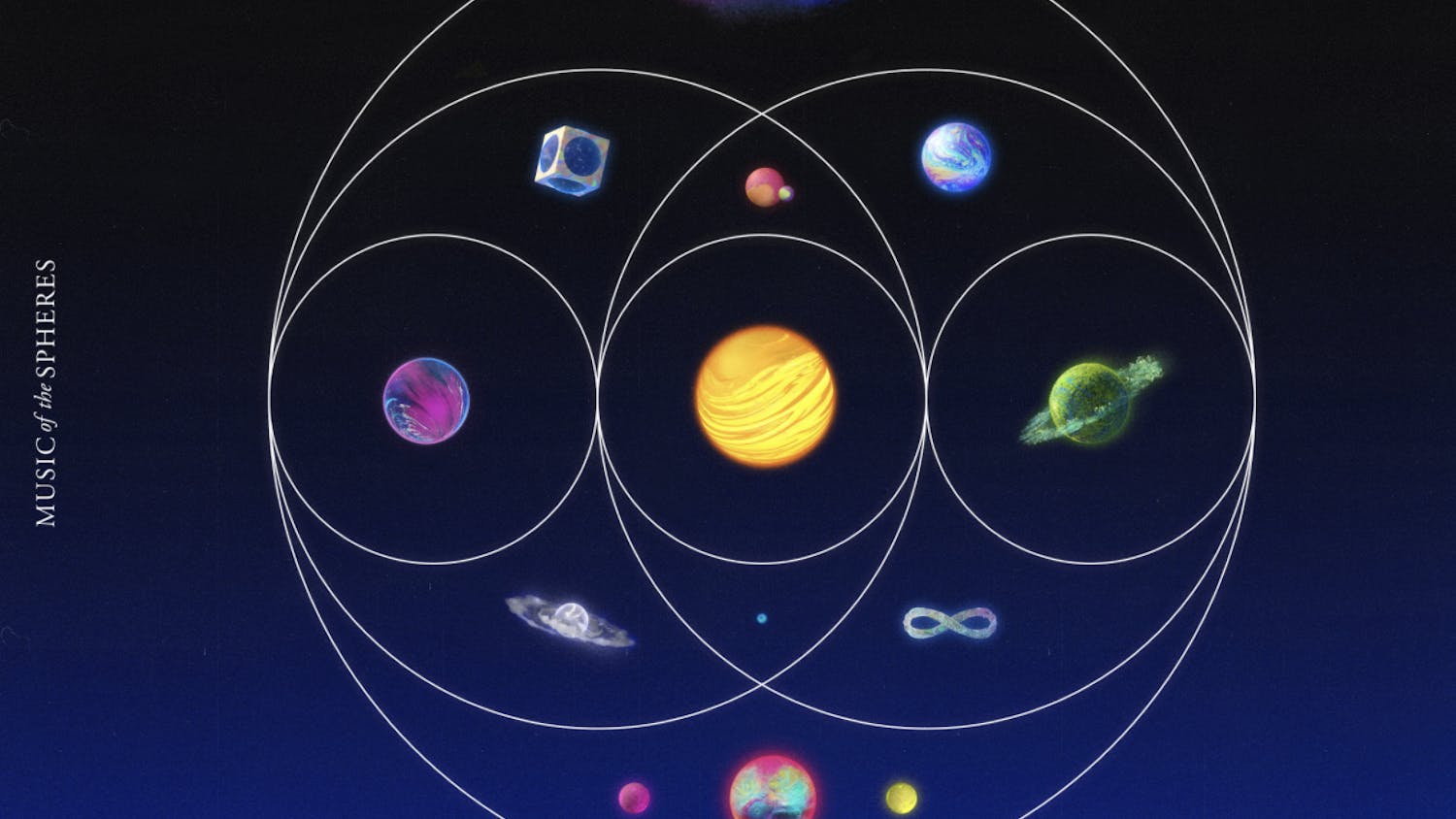