Football: What we learned from Tim Albin before Bowling Green

The Bobcats will be competing with Bowling Green for the Mid-American Conference East Title and a spot in the MAC Championship. However, starting quarterback Kurtis Rourke is injured, and the Falcons are coming off an exciting 42-35 win over Toledo, who already clinched a spot in the Championship game.

Albin addressed the media Thursday to discuss the stakes of Tuesday’s game, what he knows about Rourke’s injury status and all things Bowling Green.

Rourke is still being evaluated

There is still uncertainty surrounding Rourke’s injury, which he sustained against Ball State. Rourke never returned to the game Tuesday but was on the sideline in a large leg brace.

Albin said that Rourke can put weight on his leg and is able to walk without using crutches, but the degree of the injury is still unknown. Rourke is meeting with team doctors today and will have a better idea if he can play against Bowling Green after Ohio’s practice Friday.

Albin said that despite his season being in limbo, the quarterback is still in good spirits and moving around.

“He was at the (Ohio) volleyball game last night,” Albin said. “It wouldn’t surprise me if he's at the basketball game tonight.”

The Bobcats' offense won’t change much to adapt to C.J. Harris

If Rourke is unable to play Tuesday, C.J. Harris will most likely be starting at quarterback. It will be Harris’ first collegiate start. Before he entered the game against Ball State, Harris hadn’t had a completion since 2020. He attempted passes this season against Penn State and Iowa State this season, going 0-4.

Despite Harris’ lack of game action during his time at Ohio, he has been with the team since early 2019. Harris has been studying Ohio’s offense for the past three years and has over 1000 reps in practice.

“It's very comforting to be in this position with a guy that doesn't have the game experience, but knows the offense,” Albin said. “The team believes in him.”

Albin said that Harris is right where the team needs him to be, and that the Bobcats won’t change up their offensive gameplan if he starts. Harris knows what he’s doing and will be able to handle the Bobcats plan on offense just fine. He’s confident in Harris’ ability to start if need be.

“There'll be a lot of programs across the country that can't say the things I just said about their backup quarterback for sure,” Albin said.

Like Ohio, Bowling Green has the full package on offense

Ohio hasn’t had much trouble on offense this season thanks to its strong quarterback, running backs and receivers. Bowling Green is the same way. Albin compared the fullness of the Falcons offense to the 1990s Dallas Cowboys team with Troy Aikman, Emmitt Smith and Michael Irvin. Although the Falcons weapons may not be as quality as that Cowboys team, they certainly have the full package.

Stopping the Falcons offense, especially their run game, may be a tall task according to Albin, but plenty of Bobcat defenders have had spectacular games over the past two weeks. Ohio defensive coordinator Spence Nowinsky has led the defense well, and will put up another fight against the Falcons in the final regular season game.

“It'll be a good chess match with coach Nowinsky and the play caller for Bowling Green,” Albin said.

Ohio has had an incredible 8-3 season, completely flipping around its program that went 3-9 last year. It looks like a brand new team, one that is complete on both sides of the ball. Multiple players have set school and personal records this season, and Ohio is bowl eligible for the first time since 2019.

Win or lose Tuesday, the Bobcats have a lot to be proud of. Even if they don’t get a chance at the MAC title, Albin is incredibly proud of his team this season.

“The things that we've gotten done, no one's going to take that away from us,” Albin said. “We all know the destination we want to get to, but we're gonna enjoy this one as a team, and they're going to be loved regardless of the outcome. I'm just excited to have the opportunity to do it at home with our fans and also support.” 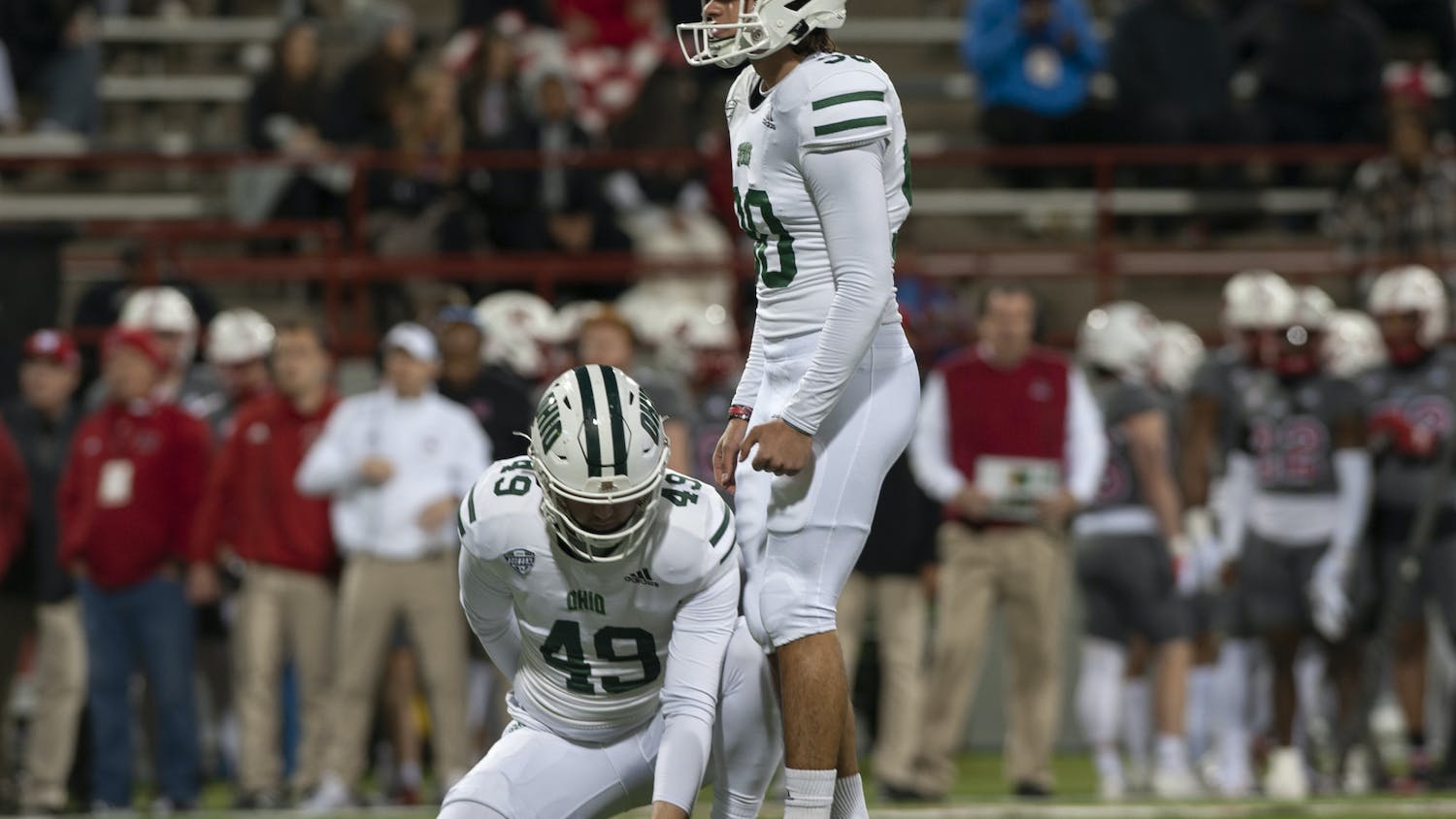 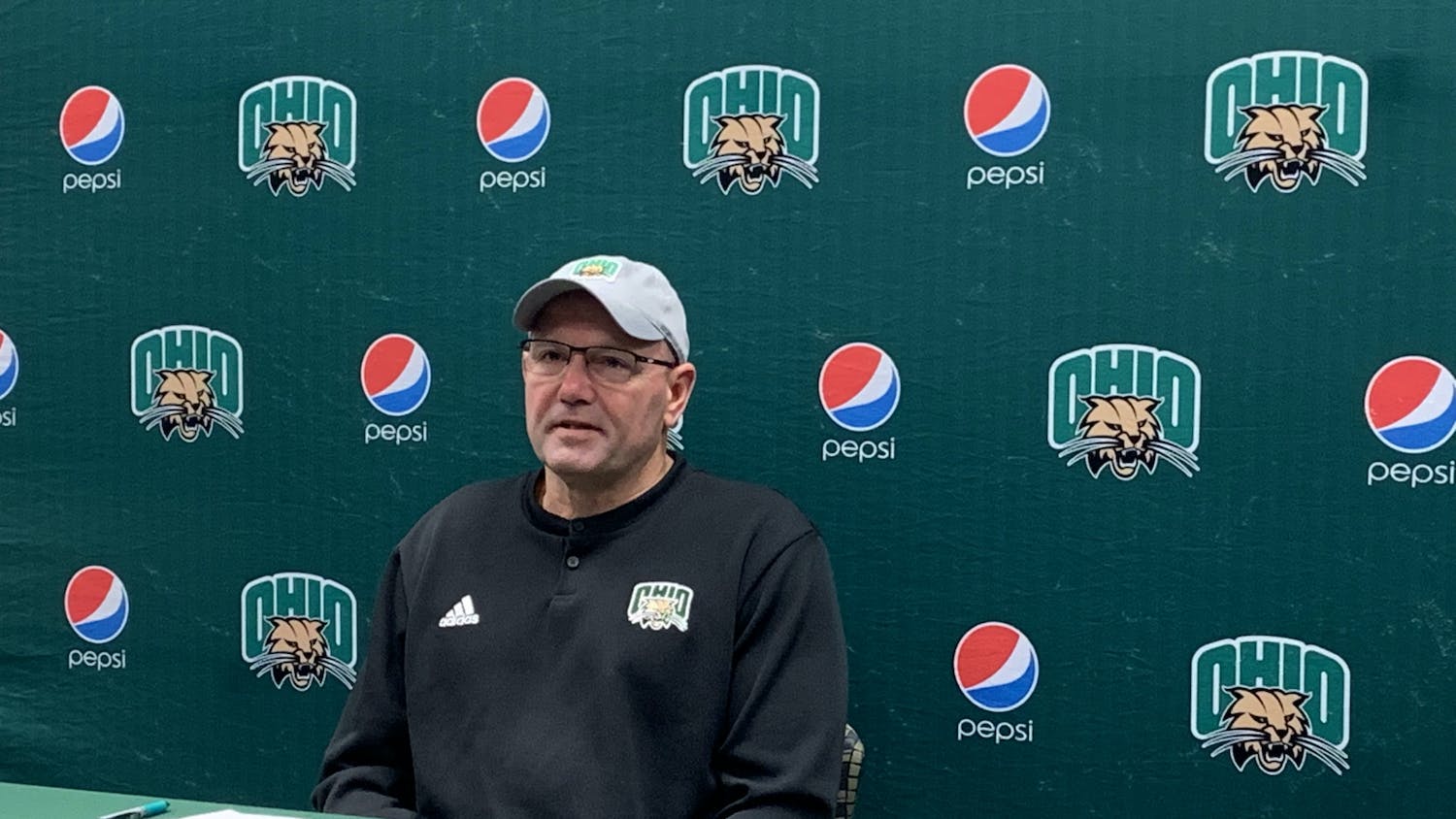